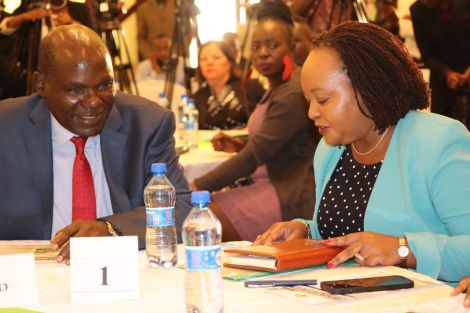 Speaking at Safari Park Hotel, Nairobi, during the launch of IEBC’s post-election evaluation report for the 9th August 2022 poll, Waiguru urged IEBC to review the previous election sharply to inform the conduct of the next election .

The Chairman of the Board of Governors (RvG) noted that the comment was helpful as it would help in adopting the necessary strategies.

“We need to look at what worked, what failed and the lessons learned to get to a job to make the 2027 general election a success,” she noted.

ALSO READ  Govt offers scholarships to KCPE students with 280 points and above; How to apply

She pointed out that some of the fundamental issues and critical areas to address included legal, policy and administrative frameworks that will inform and guide IEBC’s activities in conducting free and fair elections.

The Kirinyaga County boss further praised IEBC for holding free and fair elections, and stressed the importance of post-election evaluation.

“It is a key activity that marks the end and beginning of an election cycle. This assessment is based on the committee’s strategic plan, election operations plan and international best practices in election management,” she said.

Waiguru announced that the governors had fulfilled their pre-election pledge to fully support the IEBC and other agencies throughout the election period.

“The just completed review is expected to build on the 2017 review and is expected to outline lessons learned, findings and recommendations and how they informed the 2022 election,” Waiguru said.

She further called on all stakeholders to reflect and take stock of what happened in the previous elections and especially the one just concluded to help improve the course of the next polls.

“It is often not pleasant to subject yourself to critical scrutiny, but it is the only way to grow. Remaining transparent and accountable is key and indeed the hallmark of good governance and the foundation of Kenya’s constitution,” she said.

The forum was attended by Chief Justice Martha Koome, Speaker of the National Assembly Moses Wetangula, President of the Senate Amason Kingi, Attorney General Justin Muturi and other dignitaries, including senior commissioners and heads of various institutions. 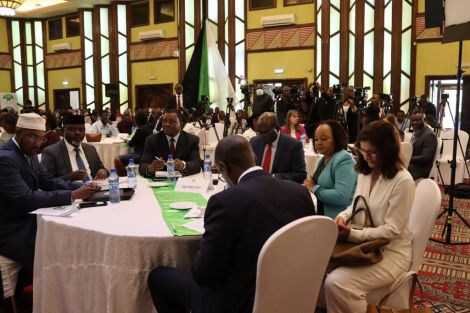 At Safari Park Hotel, Nairobi, during the launch of the IEBC post-election evaluation report for the August 9, 2022 poll, on January 16, 2023