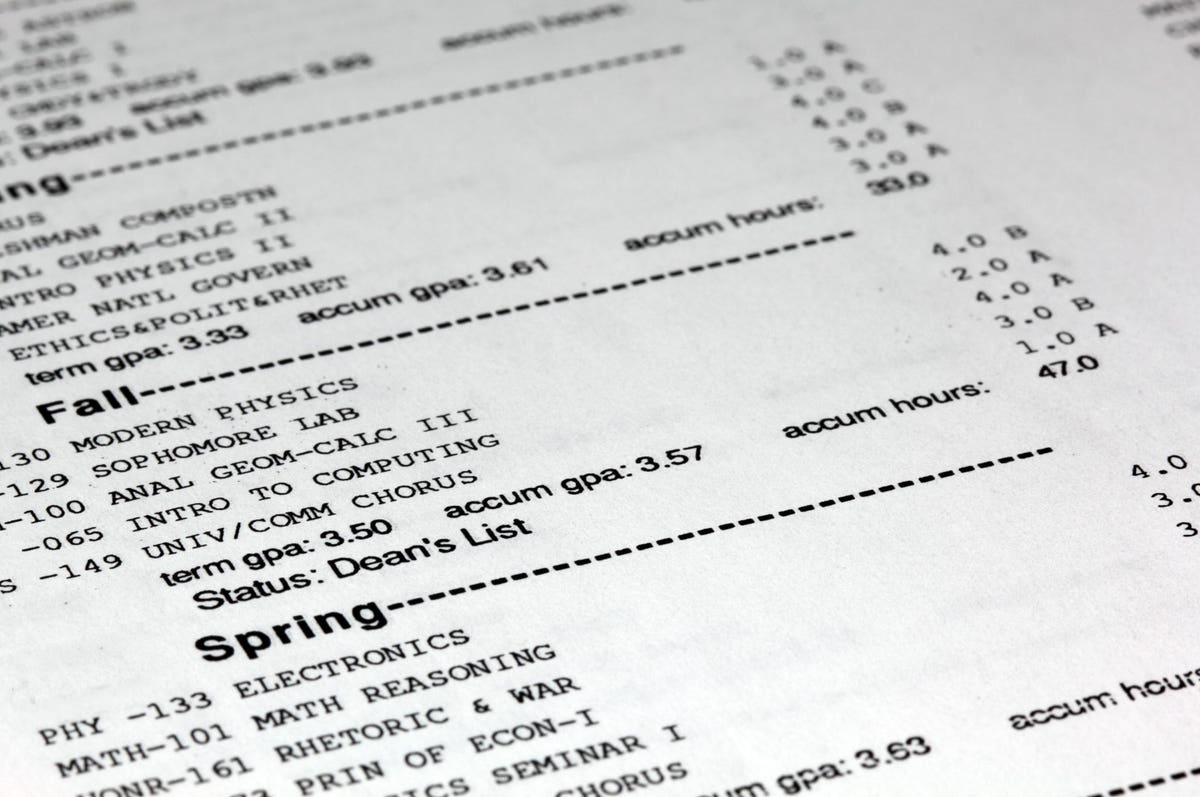 We all know that the way we fund college in this country is a mess, and our current student loan debt situation is unsustainable. As the cost of higher education continues to rise and the value of some degrees becomes questionable at best, there may come a time when it makes no sense to enroll your children in a four-year college or university.

That said, there are other shenanigans going on in the higher education world, including some that seem so awful they’re actually hard to believe. I’m talking about colleges that are actively withholding transcripts and degrees from students who don’t pay their student loans.

While millions of students attend college to improve their job prospects and earn more money over the course of their careers, “many higher education institutions prevent students from obtaining professional and educational benefits by withholding their official transcripts to education-related debts,” they write.

The CFPB adds that “this practice can have the effect of hindering students from getting the jobs that allow them to pay off their debts.” Furthermore, “withholding transcripts can have serious consequences for students trying to start their careers or finish their education.”

Your School Is Withholding Your College Transcript: Now What?

According to higher education expert Michael Lux of The Student Loan Sherpa, students who undergo this practice may have limited options or occupations depending on where they live.

He adds that the practice is banned in some states, including California, Colorado, Maine, Minnesota, New York and Washington. Illinois has also just been added to the ranks thanks to a state law passed earlier this year.

Those who live elsewhere may be just over a barrel. They may even need to clear their unpaid debts before they can access their transcripts to move on to the next stage of their lives.

Student loan expert Mark Kantrowitz, who has written extensively on the subject in the past, says it’s completely legal for colleges and universities to withhold student loan transcripts.

“The US Department of Education even encouraged them to do that at one point,” he says.

That said, Kantrowitz says a student can do one thing to get a copy of their official transcripts, and that is file for bankruptcy.

“Refusing to provide official transcripts during the pending bankruptcy petition related to debts owed to the college would be a violation of the automatic deferral provision of the US bankruptcy law,” he says.

Other issues for which schools are withholding transcripts

Unfortunately, this issue can affect anyone, even those who have paid off their student loans or are currently on top of their required monthly payments.

Jay Zigmont, PhD, who works as a financial planner for Childfree Wealth, says he experienced another scenario where a school misbehaved because of an unresolved financial problem. In particular, he says he was forced to clear a parking ticket before the University of Connecticut allowed him to graduate with his Ph.D. in Adult Education, and this was after he successfully defended his dissertation.

“It turns out that I got a ticket to college at one point, but I never saw that,” he says. “I had to go in and pay it before I could get my grades and graduate.

Zigmont also says there was a charge attached to the ticket because he didn’t pay it in a certain amount of time, but he just grumbled and paid it to put it behind him.

According to a 2021 article on the subject from The Hechinger Report, as many as 6.6 million students were unable to obtain their transcripts from public and private colleges and universities because they had unpaid bills as low as $25 or less last year.

In some cases, they write, these unpaid bills can be something like room and board costs, parking fees, or library fines. In many cases, students don’t even know they’re behind on these fees until they get their college statements and are rejected.

If you’re a college graduate left in the dark because of unpaid debts to your school, your best bet now is probably a way to pay it off. This could mean spending money to settle small unpaid bills like parking tickets or library fees, but it could also mean getting back on track with paying your student loans. If you do what your school wants, no matter how unfair or ill-timed their request, you can get your transcripts and move on with your life.

Still, Lux says he thinks it’s important to point out the absurdity of this practice, as schools have numerous tools they can use to collect unpaid student loans.

“They can hire debt collectors, report failure to pay to credit bureaus, sue the borrower and garnish wages,” he said.

Withholding official transcripts can also prevent borrowers from doing what the schools want them to pay back the money they owe. This is mainly due to the fact that there are two primary circumstances in which you need official transcripts – for a job or for transfer credits.

“In both scenarios, the person applying for transfer credit is trying to increase their earning potential, either by looking for a job or pursuing further education,” says Lux.

By withholding transcripts, on the other hand, colleges prevent their own graduates from entering the job market.

“It’s a policy that is both nonsensical and draconian,” he says.

Finding the Right Wall for Your Business School Career Ladder