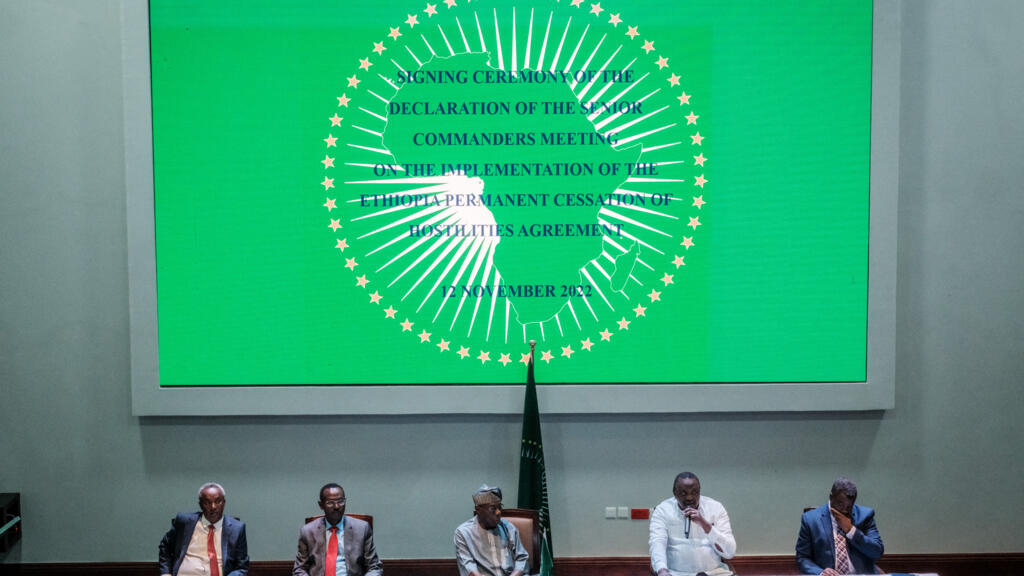 The government of Ethiopia and the Tigrayan rebels agreed on Saturday to facilitate immediate humanitarian access to “all in need” in war-ravaged Tigray and neighboring regions.

The agreement followed discussions in the Kenyan capital Nairobi this week on the full implementation of an agreement signed ten days ago between the warring parties to end the brutal two-year conflict in northern Ethiopia.

“The parties have agreed to facilitate unimpeded humanitarian access for anyone in need of assistance in Tigray and neighboring regions,” a joint statement said.

The agreement was signed by Field Marshal Berhanu Jula, Chief of Staff of the Ethiopian Armed Forces, and General Tadesse Worede, Commander in Chief of Tigray’s rebel forces.

The two sides have also agreed to establish a joint commission to implement the agreement to disarm fighters with the Tigray People’s Liberation Front (TPLF), the statement said.

The African Union Commission welcomes the parties for these important confidence-building measures and encourages them to continue with the full implementation of the Agreement on the Cessation of Hostilities, as part of the overall effort to end conflict and bring peace, restore security and stability in the country. Ethiopia”.

After just over a week of negotiations in the South African capital, Pretoria, the government of Prime Minister Abiy Ahmed and the TPLF signed a peace deal on Nov. 2 that was hailed by the international community as a crucial first step in ending the bloodshed.

Restoring aid to Tigray and his six million people was one of the key points of the deal.

Ethiopia’s northernmost region is gripped by a severe humanitarian crisis due to a lack of food and medicine, and access to basic services such as electricity, banking and communications is limited.

The conflict between the TPLF and pro-Abiy forces, including regional militias and the Eritrean army, has resulted in untold numbers of deaths, displaced more than two million people from their homes and led to reports of horrific abuses such as rape and massacres .

Estimates of casualties vary widely: the United States says as many as half a million people have died, while EU foreign envoy Josep Borrell said more than 100,000 people may have died.

UN-backed investigators have accused all sides of wrongdoing, as well as that Addis Ababa used hunger as a weapon of war – allegations denied by Ethiopian authorities.

Abiy said last week that his government — whose troops had claimed significant gains on the battlefield — had secured “100 percent” of what it had sought in the peace negotiations.

On Friday, the government said its forces controlled 70 percent of Tigray and that aid was being sent — claims quickly denied by Tigray rebels.

“Aid is flowing like never before,” he said, adding that 35 trucks with food and three with medicines had arrived in the strategic city of Shire and flights were allowed.

But the rebels and a humanitarian worker in Tigray had denied Redwan’s claims.

On Wednesday, the World Health Organization called for a massive influx of food and medicines into Tigray after the ceasefire, saying no aid had been authorized yet.

“Many people are dying from treatable diseases. Many people are starving,” WHO chief Tedros Adhanom Ghebreyesus, who is from Tigray, told a news conference.

Abiy — a Nobel Peace Prize winner — sent troops to Tigray on November 4, 2020 to overthrow the region’s ruling party TPLF in response to what he said were attacks by the group on federal army camps.

The conflict ended months of simmering tensions between Abiy and the TPLF, which dominated the national government for nearly three decades until he took office in 2018.