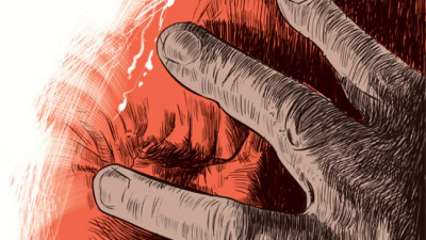 A Pakistani journalist has called for a judicial inquiry into the torture and humiliation he suffered at the hands of the leaders of Pakistan Tehreek-e-Insaf (PTI) led by Prime Minister Imran Khan. Speaking at Friday’s press conference, Saifullah Jan, a member of the governing body of the Charsadda Press Club, said PTI leaders including Abdullah, his brother Fahim, committee chairman Zakat Iftikhar and other armed men, forcibly took him to the PTI. Charsadda bazaar office, where he was reportedly stripped naked and tortured, The News International reported.

He added that executives also made a video of him while he was naked. He was only released after public pressure, the scribe said.

The reporter also said that although district police officer Mohammad Shoaib ordered cops from the Sardari police station to record the case according to the law, the police used “delaying tactics and did not did not include the relevant sections of the law in the FIR “.

The scribe pointed out that although his leg was fractured due to torture, police wrote in the FIR that he suffered minor injuries.

In accordance with the complaint, five names of the PTI were registered. However, Saifullah said, the police deleted the name Iftikhar, who is the main accused in the case.

While urging the chief justice of the Peshawar High Court to look into the matter, the reporter said the police did not press charges against the defendants and the local court granted them bail, reported The News International.

The Bharat Express News - March 5, 2021 0
Simulations of the Japanese supercomputer Fugaku have shown that wearing two face masks has more or less the same effects as wearing a tight-fitting...