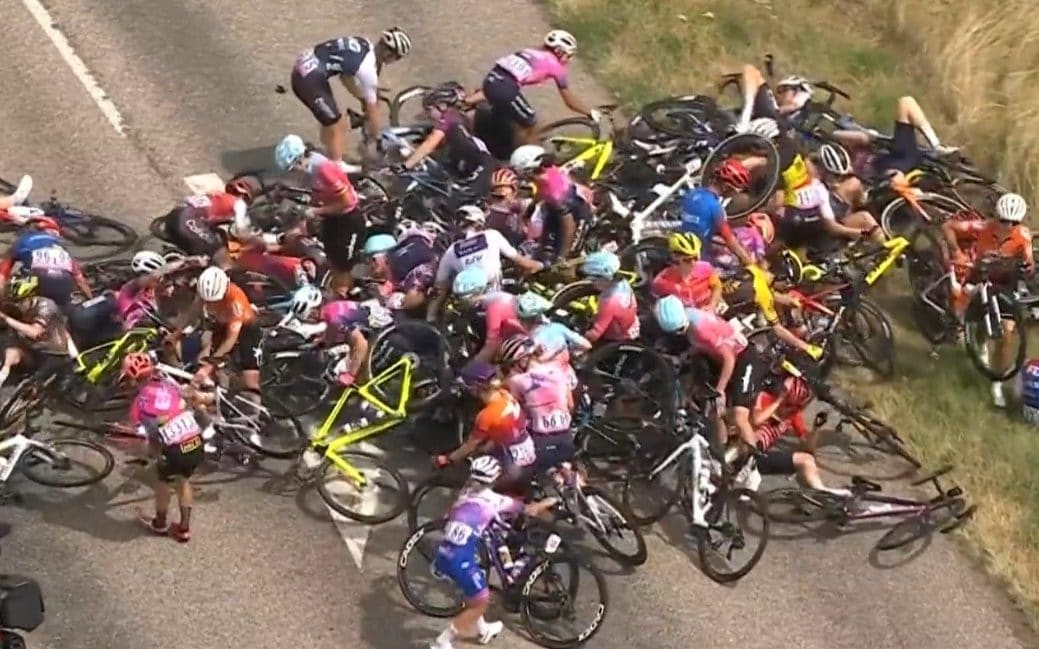 Up to 30 riders were involved in the horrific pile-up when one came down in the middle of the pack with 45km to go.

Most riders emerged from the incident with bloodied arms and legs, although an unidentified EF Education-Tibco-SVB rider had to have his leg physically removed from the spokes of his wheel.

Norwegian Emma Norsgaard (Movistar) received immediate roadside medical attention and was seen holding her left shoulder before being taken to hospital with a neck brace as a precaution.

Marta Lach (Ceratizit-WNT) was one of several riders to escape the bump and bruise incident, with footage zooming in on a nasty scrape on her left arm and torn sealant.

As the peloton dusted off, Italian rider Marta Bastianelli (UAE Team ADQ), who was one of the victims of the massive build-up, could be seen driving off with a bloodied elbow and mascara running over her face.