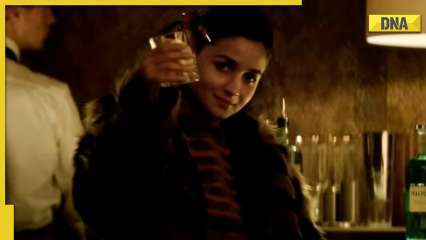 On Wednesday, the makers of the film announced the release date of the Alia Bhatt-Gal Gadot star. In sharing the teaser, the makers revealed that the film will be released on Netflix on August 11. Netflix’s official page dropped the traser, writing, “Here’s your first look at the biggest Netflix original movies set to premiere in 2023!”

Here’s your first look at the biggest Netflix original movies set to premiere in 2023! #NetflixSaveTheDates pic.twitter.com/kiRTNIzJbZ

The video also includes clips from Netflix movies such as Extraction 2, You People, Luther: The Fallen Sun, Murder Mystery 2, and more. Earlier, in an interview with Filmfare, Alia praised the Heart Of Stone team saying, “They (the film team) were very accommodating and I feel very grateful. As I was shooting my first action movie again and doing a stunt, but they all knew it and they were all very safe. I had doubles and felt very comfortable. And that’s all that matters, especially when you’re doing it for the first time. It was a really nice experience.”

Alia uploaded a number of photos with Gal and other cast members to Instagram in July to mark the completion of Heart of Stone. Heart Of Stone, directed by Tom Harper, will premiere on Netflix in 2023. Alia also scheduled Rocky aur Rani Prem Kahani for release in the same year.

Meanwhile, apart from Brahmastra, Alia also featured in Sanjay Leela Bhansali’s Gangubai Kathiawadi, which earned her critical and commercial acclaim last year. She even made her debut as a producer with the dark comedy Darlings in which she, Vijay Varma and Shefali Shah played the lead roles. The actress was also featured in SS Rajamouli’s blockbuster RRR.

Christina Ricci questions the Academy’s review after the ‘To Leslie’ campaign: “If it’s taken away, shame on you”