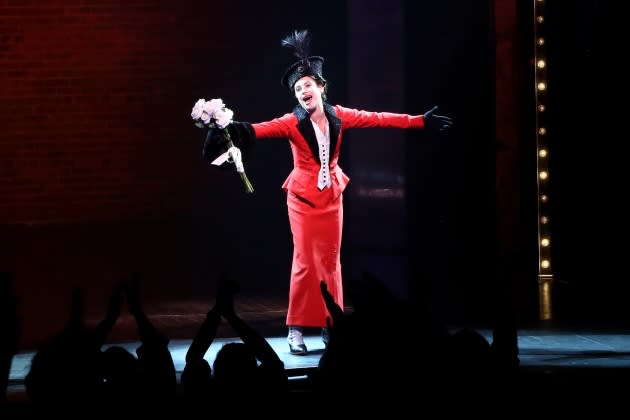 She sang it at the Tonys. She girded it off the Broadway stage. She did it a month ago in Times Square. So naturally, Lea Michele took to the streets of New York City to open a literal parade with what is apparently her favorite song.

Michele – who landed the role of Fanny Brice earlier this year, to the delight of theater kids around the world – was seen rehearsing last night and updated the lines a bit with a reference to Mr. Macy’s. (Although, if Vulture pointed out that no one ever Mr. Macy’s has been mentioned – and never will be.)

Funny girl wasn’t the only Broadway show to grace the green carpet outside the Macy’s flagship store – cast members of The lionking followed Michele’s performance with “The Circle of Life,” as did that of the new musical Some love it when it’s hot – a fresh take on a somewhat outdated film by Marilyn Monroe – which rolled out the title track in all its glory.

It was a journey for Michele to get this role on Broadway. Producers reportedly wanted Lady Gaga for the role, but when they couldn’t (“they would never give her enough money to star in this production,” an insider previously told Rolling stone) the show went along Smart book star Beanie Feldstein. After some relentless reviews, Michele was recast in the lead role, apparently landing her dream job — even though she may not be able to read all the shots about her.