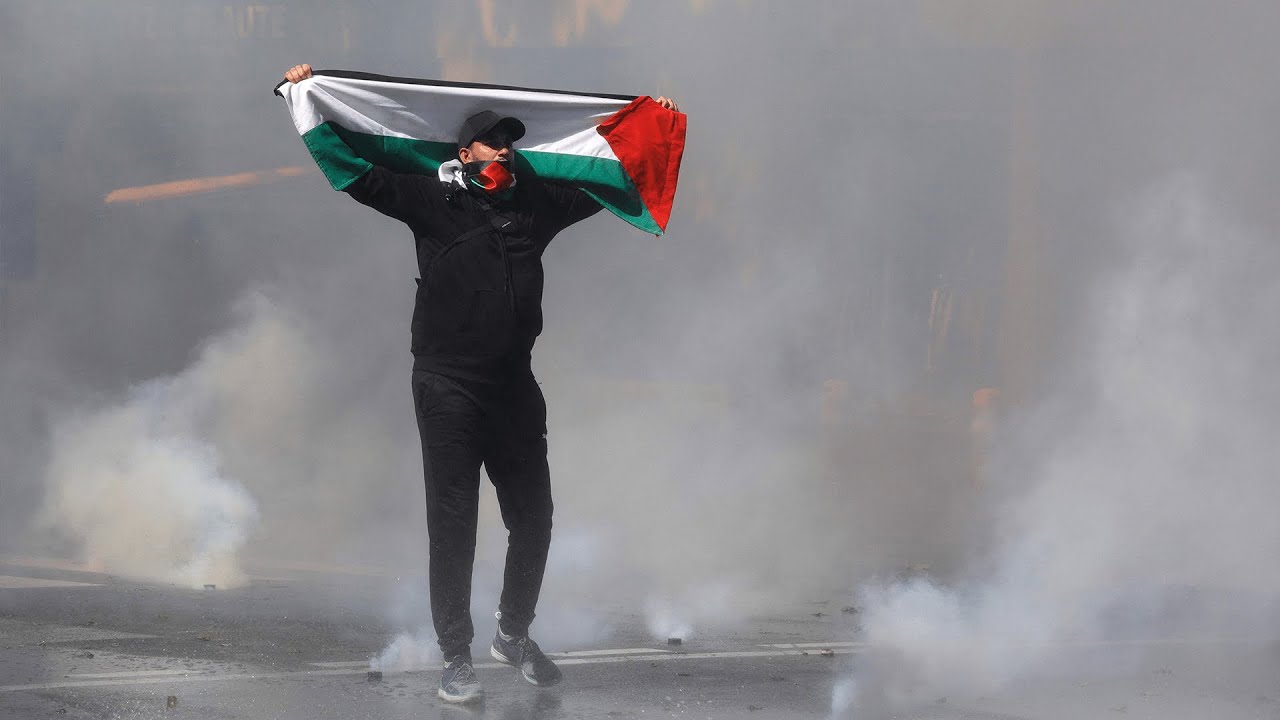 Riot police fired tear gas at rebel protesters in Paris who were supporting Palestinians in the Gaza Strip despite the ban on Saturday’s protest in the French capital.

Marches in support of Palestinians in the Gaza Strip were held on Saturday in a dozen French cities, but the focus was on Paris, where riot police prepared as organizers said they would challenge the ban on the demonstration.

Parisian police chief Didier Lallement ordered shops around the starting point of the planned march to close in a working-class neighborhood in northern Paris after an administrative court upheld the ban.

Authorities noted a banned pro-Palestinian protest in July 2014 against an Israeli offensive in Gaza that escalated into violence and waged battles with police to justify the order against Saturday’s march.

The organizers said they intended to “denounce the latest Israeli aggressions” and mark the flight of the Palestinians after Israel’s declaration of independence in 1948.

“Stop the annexation. Palestine Will Vanquish, ”read a poster in a small crowd in front of the police, who blocked the neighborhood. Police said water cannons would be used against those who defy the Paris ban.

Demonstrations have been authorized in many other cities, including Lille in the north to Marseille on the Mediterranean Sea.

ALSO READ  Explanation of the Israeli-Palestinian conflict: why is there violence in Gaza and Jerusalem?

Watch the intense scenes in the video above.

The Bharat Express News - June 14, 2021 0
A surge to $ 40,000 in the Bitcoin market was in danger of running out as Chicago Mercantile Exchange futures opened on Monday June...