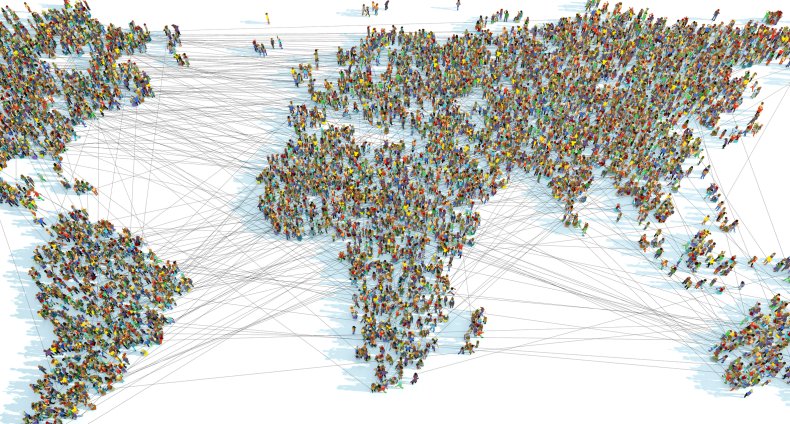 The UN estimates that the world population will reach 8 billion by November 15. Using data collected from around the world, Worldometer has made it possible to track this historic milestone in real time.

Worldometer collects its data from hundreds of international records and projection models. The data is then processed through an algorithm, which generates a real-time estimate of the world’s population.

Since 1960, the world’s population has more than doubled. Population growth is expected to continue, albeit at a slower pace, until the 2080s, when it is likely to peak at about 10.4 billion people.

“In 2020, the world population growth rate fell below 1 percent per year for the first time since 1950,” Bela Hovy of the Population Division of the United Nations Department of Economic and Social Affairs said earlier. News week.

“Based on past and recent population trajectories, the global population is expected to reach 9 billion by 2037.”

While these estimates take into account thousands of population censuses and surveys of demographic indicators, it’s still very difficult to accurately estimate how many people actually live on the planet, let alone how the population will change in the future.

“We need milestones to inform people about roughly how many people live on the planet and what to expect in the future,” said Sergei Scherbov, director of demographic analysis at the Wittgenstein Center for Demography and Global Human Capital. News week. “But no one on Earth can tell the exact number of people alive today. Those are very rough estimates. Even in the developed countries, where censuses have been conducted, there is uncertainty.”

In many other countries, censuses have not been taken for years and basic demographic data, such as births and deaths, are not properly recorded.

“To make forecasts, we need to use different tools and approaches to estimate the levels of fertility, mortality and migration to arrive at some population estimates by 2022,” Scherbov said. “Those methods are often survey-based and also yield a high degree of uncertainty in the final 2022 population.”

ALSO READ  2 men broke into a tent in the Christmas village in Dilworth Park: police

In 2011, Scherbov published a paper with colleagues Wolfgang Lutz and Warren Sanderson about when to expect this milestone and the uncertainties in these predictions. In the study, they predicted that the 8 billion day would not be reached until between 2024 and 2033.

“The differences from our 2011 predictions could have occurred because we started with lower estimates in the base population, mortality fell faster than we expected, and fertility levels were higher in the UN estimates than our projections were based on,” Scherbov said.

Wolfgang Lutz, a co-author of the paper and founder of the Wittgenstein Center, explained that the decline in infant mortality has been a particularly unexpected and welcome development.

“The surprising new development in recent years has been that child mortality in Africa has fallen faster than expected,” he told News week. “This could be due to massive campaigns by the Gates Foundation and the Global Fund that primarily target malaria.

“While this is a great achievement to celebrate, it also contributes to accelerating population growth.

“The demographic impact of additional surviving children is the same as that of a higher birth rate, adding more people to the young population who will then have children of their own. At the same time, in some major African countries, as well as in Pakistan and Afghanistan, birth rates are dropped a little slower than expected.”

This rapid population growth is a clear indicator of success in public health progress, but it also poses a challenge to sustainable development, social and economic progress and will further stretch our planet’s resources.

Like Scherbov, Lutz emphasized that the day of 8 billion is difficult to pinpoint accurately. “This milestone is of largely symbolic importance,” he said. “But it can help bring population trends back to the attention of the wider public.”

The Bharat Express News - November 30, 2022 0
Mariya, Patrick, Jacob, and Jonathan attend class half the week and work on the campus farm the other half. Next year they might...