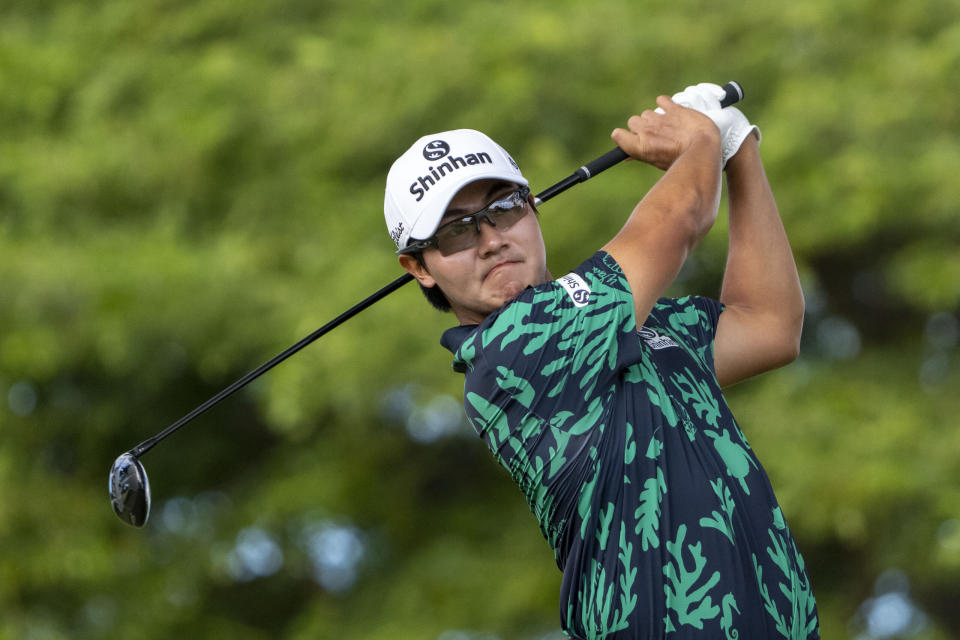 Golf is often a game of luck.

Sure, there’s a lot of skill involved, and the best golfers in the world amaze fans day in and day out with their ability to bomb drives, make turns, and stay close from crazy angles. Still, there are always lucky bounces that can turn a bad shot into a good shot, and in some cases can turn a good shot into a really bad one.

ALSO READ  Watch: TBEN taped Max Homa at the Farmers Insurance Open, and it was a great viewing experience

Enter SH Kim, who played his third shot on the PGA West Stadium Course during the second round of The American Express in La Quinta, California. He had 83 yards to the flag on the par-5 16th hole, and his wedge shot was in.

Still just a little too much.

He hit the flag and the ball sprinted backwards. He hung on the edge of the fairway, close to the green, before tumbling down the left side of the hole and down the infamous knoll. It would have ended up in the infamous bunker, but the ball ended up stuck under the rake. Kim solved, but his fourth, fifth and sixth shot ended up in the bunker. With his seventh, he was able to get it on the putting surface and clear the putt for the triple-bogey 8.

On the positive side, Kim bounced back and made a birdie on the island’s 17th green. Talk about a tale of two holes.