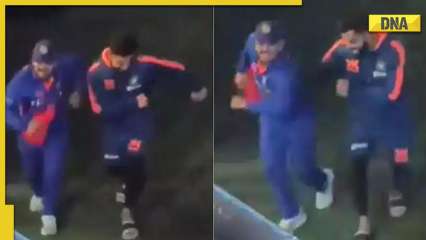 After taking a resounding 67-run victory in the first ODI of the three-match series at Guwahati on Tuesday (January 10), Team India were eager to extend their lead against Sri Lanka at the Eden Gardens in Kolkata on Thursday (January 12) . The Men in Blue rose to the challenge and took a four-wicket win to take a commanding 2-0 lead in the ongoing 50-over assignment. KL Rahul was the star of the show and top-scored with an unbeaten 64 runs off 103 balls to lead India to victory.

Kolkata’s iconic Eden Gardens stadium was packed to the brim for the second ODI between India and Sri Lanka, with fans eagerly awaiting another Virat Kohli batting masterclass. Unfortunately, it wasn’t to be, as the star hitter was ejected for only four runs from nine pitches. Kohli was in scintillating form, having scored two consecutive ODI centuries, but at the Eden he was unable to provide the cricket-mad crowd with his usual dazzling strokeplay.

However, Virat Kohli made sure that the fans who gathered at the iconic location would not leave without a lasting memory of him. After India’s victory in the second match, he and Ishan Kishan delighted the crowd with their impressive dance moves. The two were seen performing some intricate steps in front of the grandstands, eliciting loud cheers from the spectators.

Though Virat has played for India in both matches of the series so far, Ishan has been relegated to the bench in both matches. In his last ODI appearance for India, coming against Bangladesh on 10 December 2022, Ishan made history by becoming the fastest and youngest batsman to score a double century in ODIs, but was still left out of the playing XI, with Shubman Gill. back to the side in his place.

Shubman exceeded expectations, hitting 70 runs off 60 balls in the series opener and then 21 off 12 balls in the second fixture. His impressive performance set the tone for the rest of the series, demonstrating his ability as a formidable batsman.

India will take on Sri Lanka in the third and final One-Day International (ODI) in Thiruvananthapuram on January 15.