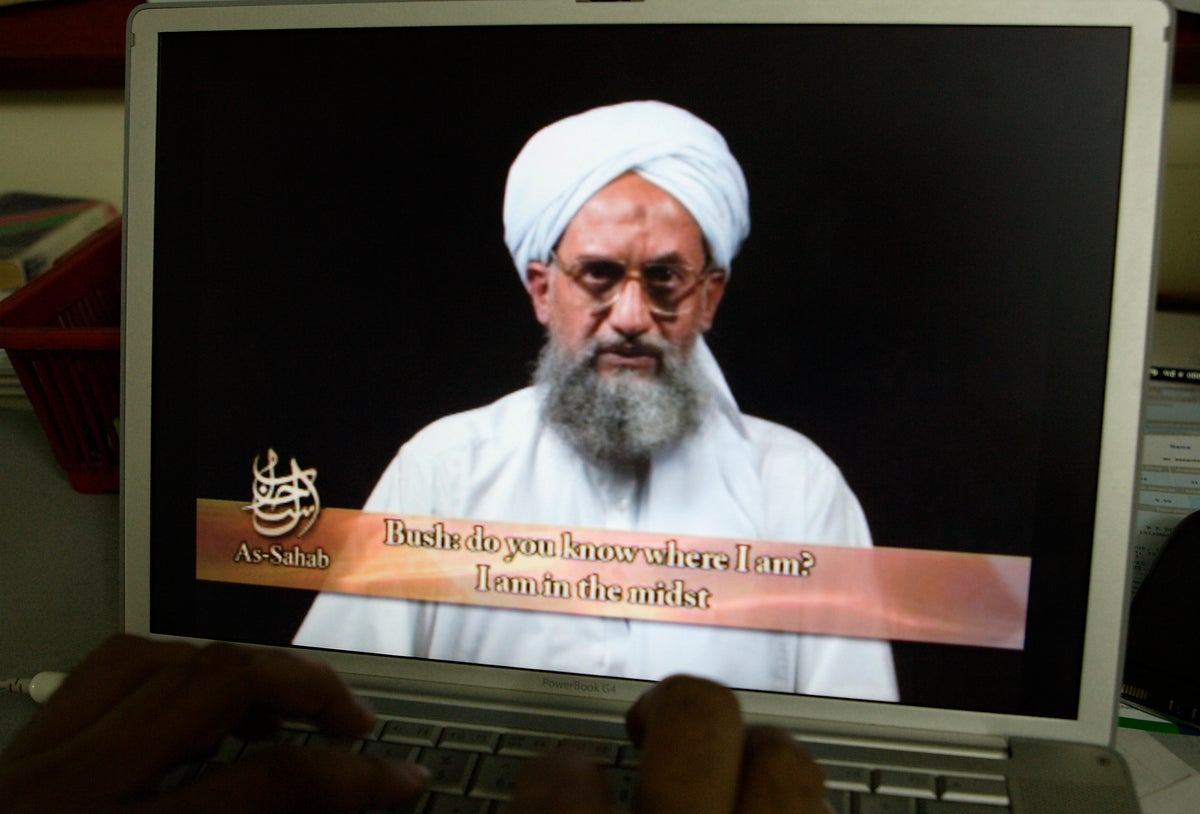 As the sun rose in Kabul on Sunday, two Hellfire missiles fired by a US drone ended Ayman al-Zawahri’s 10-year reign as al-Qaida leader. The seeds of the daring counter-terrorism operation had been planted for many months.

U.S. officials had built a scale model of al-Zawahri’s hiding place and brought it to the White House situation room to show President Joe Biden. They knew that al-Zawahri preferred to sit on the balcony of the house.

They had painstakingly constructed “a pattern of life,” as one official put it. They were convinced he was on the balcony when the missiles flew, officials said.

Years of U.S. intelligence efforts under four presidents to track al-Zawahri and his associates paid off earlier this year, Biden said, when they found Osama bin Laden’s longtime No. 2 — a co-planner of Sept. 11, 2001, terrorist attacks on the US – and its eventual successor in the house in Kabul.

Bin Laden’s death in May 2011 came face to face with a US strike team led by Navy SEALs. Al-Zawahri’s death came from afar, at 6:18 am in Kabul.

His family, supported by the Haqqani Taliban network, had moved into the house after the Taliban regained control of the country last year, following the withdrawal of US troops after nearly 20 years of fighting that was partly intended to end al- Qaida from regaining a base of operations in Afghanistan.

But the clue to his whereabouts was only the first step. It took months to confirm al-Zawahri’s identity, devise an attack in a busy city that would not recklessly endanger civilians, and ensure the operation would not interfere with other American priorities.

ALSO READ  Dark times are coming for consumers, but that could work out well for this stock

That effort included independent teams of analysts who reached similar conclusions about the likelihood of al-Zawahri’s presence, the building’s scale models and engineering studies to evaluate the risk to people nearby, and the unanimous recommendation of Biden’s advisers to to continue the strike.

“Clear and convincing,” Biden called the evidence. “I authorized the precision strike that would remove him from the battlefield once and for all. This measure was carefully planned, rigorously, to minimize the risk of harm to other civilians.”

A year ago this month, the consequences of a wrong decision a year ago were devastating when a US drone strike during the chaotic withdrawal of US troops killed 10 innocent family members, including seven children.

Biden ordered what officials called a “custom airstrike” designed so that the two missiles would destroy only the balcony of the safe house where the terrorist leader had holed up for months, sparing residents elsewhere in the building.

A senior US government official, who spoke on condition of anonymity to discuss strike planning, said al-Zawahri was identified on “several occasions, for extended periods of time” on the balcony where he died.

The official said “multiple streams of information” convinced US analysts of his presence, eliminating “all reasonable options” outside his presence.

On July 1, in the White House Situation Room, after returning from a five-day trip to Europe, Biden was briefed on the proposed strike by his national security officials. It was during that meeting, the official said, that Biden looked at the safe house model and peppered advisers, including CIA Director William Burns, Director of National Intelligence Avril Haines and Director of the National Counterterrorism Center, Christy Abizaid, with questions about their conclusion that al-Zawahri was hiding there.

Biden, the official said, also urged officials to consider the risks the strike could pose to American Mark Frerichs, who has been in Taliban captivity for more than two years, and to Afghans who may be jeopardizing the U.S. war effort. helped those staying in the country. US lawyers also considered the legality of the strike and concluded that al-Zawahri’s continued leadership of the terrorist group and support for al-Qaida attacks made him a lawful target.

The official said al-Zawahri had built an organizational model that allowed him to run the global network even from relative isolation. That included filming videos from the house, and the US thinks some could be released after his death.

On July 25, when Biden was isolated at the White House residence with COVID-19, he received a final briefing from his team.

Each of the participating officials strongly recommended approval of the operation, the official said, and Biden signed the strike as soon as the opportunity arose.

That unanimity was lacking a decade earlier when Biden, as vice president, gave President Barack Obama the advice he was not following — to delay bin Laden’s strike, according to Obama’s memoir.

The opportunity came early Sunday — late Saturday in Washington — hours after Biden found himself in isolation again with a rebound case of the coronavirus. He was informed when the operation began and when it ended, the official said.

Another 36 hours of intelligence analysis would follow before US officials began sharing that al-Zawahri had been assassinated, as they watched as the Haqqani Taliban network restricted access to the hiding place and relocated the dead al-Qaida leader’s family. US officials interpreted that as the Taliban trying to hide that they had housed al-Zawahri.

After the withdrawal of troops last year, the US had fewer bases in the region to gather intelligence and carry out attacks on terrorist targets. It was not clear where the drone carrying the missiles was launched or whether countries it flew over were aware of its presence.

The US official said there were no US personnel in Kabul to support the attack and the Taliban had not been notified of the attack in advance.

In comments 11 months ago, Biden had said the US would continue the fight against terrorism in Afghanistan and other countries, despite troop withdrawals. “We just don’t have to go to ground war to do it.”

“We have so-called over-the-horizon capabilities,” he said.

On Sunday, the rockets came over the horizon.