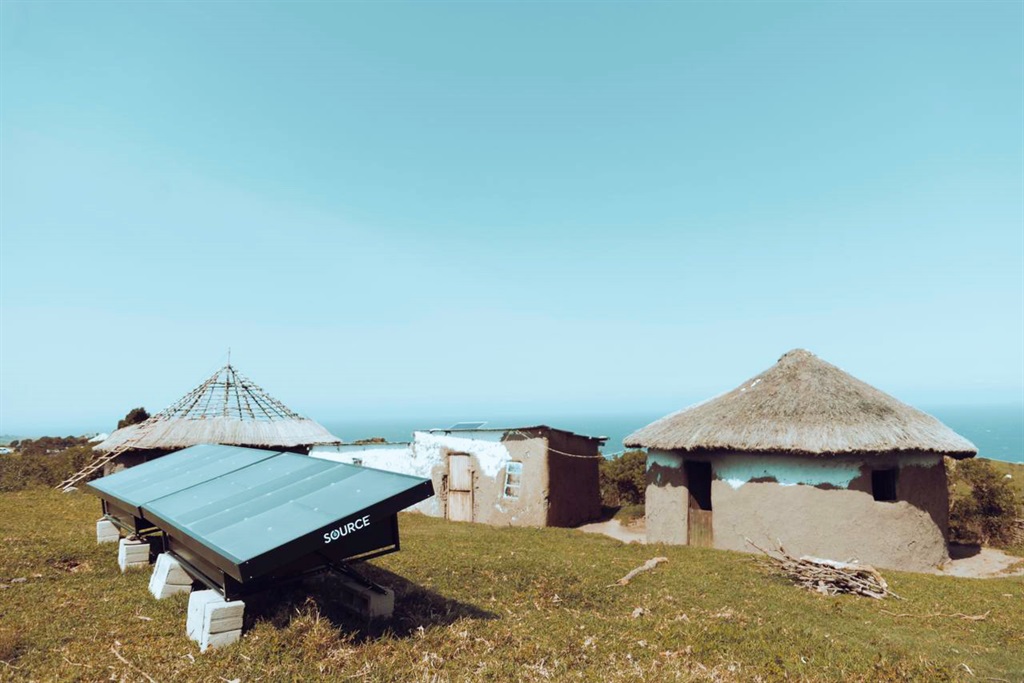 Amid a worsening drought, the remote villages of the Eastern Cape are obtaining drinking water from solar panels that extract moisture from the air.

The Eastern Cape is facing a serious water crisis, exacerbated by poor rainfall and infrastructure problems. As water restrictions in Nelson Mandela Bay try to stave off Day Zero, rural communities in the Eastern Cape’s OR Tambo district are undertaking arduous journeys to rivers and streams.

The water they find is sometimes polluted and unsafe to drink. Water infrastructure in these rural villages is almost non-existent.

ALSO READ  Kolisi hopes for resolution Rassie, World Rugby: 'We don't think the world is against us' | Sport

In Luphoko, women are sent at least twice a day to fetch water from streams, with the nearest spring an hour’s walk from the village. When this stream dries up, it takes up to three hours to get to the next one.

Similarly, the remote village of Lujazu, which is completely cut off from infrastructure and not accessible by road, is supplied from a remote well, which is visited five times a day with 20-litre buckets.

Students and teachers at the remote Mtambalala JS School depend on rainwater stored in tanks. If these run dry, the rural school pays for the supply of water. The situation at Maqulu JS School in Cutwini is even worse, with water collected from an untreated source.

But advanced technology brings fresh, drinkable water to the doorsteps of these communities and schools.

Atmospheric water generators, or AWGs, draw water from moist ambient air. The problem with these devices is the demand for energy, which is an ongoing challenge in South Africa and a deal breaker for this type of technology in rural parts of the country.

A company headquartered in Scottsdale, Arizona, solved the power problem by integrating its AWG system with a solar array, allowing the equipment to produce clean water while completely disconnected from the grid.

These SOURCE Hydropanels will be installed in Luphoko, Lujazu, Mtambalala JS School and Maqulu JS School in collaboration with community leaders and the Chan Soon-Shiong Family Foundation (CSSF).

This week delivering hydro panels that create water from the atmosphere using the power of the sun to a remote village near my hometown in the Eastern Cape, South Africa.
So remote we needed a helicopter!! pic.twitter.com/h5EBvuTC7n

Billionaire philanthropist Patrick Soon-Shiong, who founded a massive factory to produce Covid-19 vaccines in South Africa, was born in Gqeberha in the Eastern Cape. Now he has “focused on solving the water crisis in his home country,” according to SOURCE, with the CSSF funding the project.

Powered by the sun, the hydropanel uses a fan to draw ambient air into water-absorbent material. This collects the water vapour, which is then extracted and condensed in the reservoir. “The pure water is mineralized with magnesium and calcium to achieve an ideal flavor profile,” notes SOURCE.

“On average, a two-panel array creates three to four full cases of bottled water [24-pack] enough for a family of four to six each week,” SOURCE told Business Insider SA.

A hydropanel, which usually costs around $2,500 or R43,000, functions optimally when there is plenty of light and humidity, but invented in Arizona’s Sonoran Desert, it can produce water even in very dry conditions.

Dean Elgar knows runs will be at a premium in Australia: ‘We haven’t been good enough with the bat’ | Sport