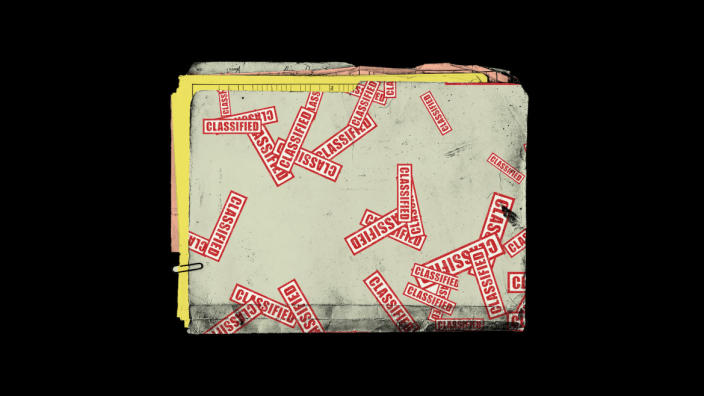 Given the heat of this political moment, perhaps that is understandable. But as important as it is to get to the bottom of both classified documents cases, if we are really interested in keeping America’s secrets safe, we need to take a step back and see the bigger picture.

The Biden Classified Documents Story Is Why People Hate Politics

A Tale of Two Controversies

If you could read the minds of current or former senior U.S. government officials, you’d see they’re truly disturbed by the news of classified documents being discovered in locations associated with President Joe Biden. For the vast majority of them, in fact, the stories hit home more closely than the revelations of former President Donald Trump’s misappropriated, mishandled classified documents.

That is because the U.S. government is awash in literally trillions of pages of classified documents, and the proper handling of those documents is a challenge for all who use them as part of their daily government work. In my thirty years in Washington, I have spoken to a number of officials who have accidentally taken classified documents home with them, perhaps tucked away in an otherwise innocent looking stack of papers or file folder. Because the penalties for doing so are so severe, the reaction is often deep anxiety bordering on panic.

You work to make sure it never happens but sometimes it does. And when it does, there is a proper way to handle the problem—which is precisely the way the Biden team has appeared to handle it. You inform the proper authorities within the organization with which you are or were associated. And you return the documents immediately.

The handling and care of such documents is hammered home to all who work in the government. The fear of a mistake and its consequences therefore are also common. That is why while the story of the discovery of the Biden documents hits close to home and makes uncomfortable the current and former officials with whom I have spoken, the way former President Trump treated the classified documents discovered at Mar-a-Lago makes them angry.

Because based on what we currently know about them, the two cases could not be more different. Despite GOP efforts to suggest the two are the same, they could not be more different. Trump expressed a desire to hold on to the documents. He was told he could not. He took them anyway. He was repeatedly told he had to return them and he refused. He lied about whether he had them. He resisted government efforts to reclaim them. He has argued they were his documents and did not belong to the government. He has argued he declassified them although evidence suggests he did not. He flouted the law and very likely broke it. There is zero evidence nor is there even the slightest hint Biden did anything of the sort.

Ultimately, it is likely that the parallel special counsel investigations into these cases will reveal just that. Fortunately, Attorney General Merrick Garland has made the decision to treat the two cases in the same way to show that he is being even-handed…but also because in the end, it will underscore the differences between the two cases.

None of that will stop Republicans from trafficking in false equivalencies. And the ensuing debate is likely both to last until the next election and to obscure what is a story that is perhaps more consequential than much of what is being debated. That story is the degree to which America’s system for classifying and protecting our secrets is broken.

One of the reasons so many officials have feared the circumstance in which Biden now finds himself is because so many encounter classified documents in their day-to-day work. Classifying so many documents makes the likelihood of errors higher. But it also makes it harder to share or find information necessary to policymakers. And the cost of classifying trillions of pages of documents is billions of dollars a year. Further, in our system, classified documents are seen by many to be “more important”, more attention-grabbing, than unclassified ones—which leads to excess classification which leads to valuable information being harder to access and utilize.

Experts have sounded the alarm about this problem for decades, and every few years there is even a call to fix it—but it never happens. A 2019 article in The Atlantic called “The U.S. Government Keeps Too Many Secrets” by Mike Giglio noted that “eight blue-ribbon U.S. government commissions have addressed the subject since World War II.” Instead, more classified documents pile up in secure locations and, periodically, unsurprisingly, elsewhere. (I myself have been making this argument for a long long time. To pick just two instances, in the MIT Technology Review in 2005 and in Foreign Policy in 2012. I raise it again here not because of the specifics of either of the two current cases, but because those cases could be used as a catalyst to revisit our thinking on this front.)

Former director of both the Central Intelligence Agency and the National Security Agency General Michael Hayden characterized this to me as “a real problem” that will demand a concerted effort to fix. But he warned, should we fail to address it, “real secrets” will be compromised.

Former Acting CIA Director Michael Morrell notes that while he feels that the Central Intelligence Agency itself generally handles the classification of documents properly, “I believe that CIA does not declassify anywhere near what they could/should under the law.” He describes this as largely a resource issue. Another senior career intelligence official with whom I spoke added that he felt other branches of government, particularly those “outside the intelligence community” were guilty of over-classifying documents, of marking them “Confidential” or “Secret” or “Top Secret” when it was “absolutely not warranted.”

Amy Zegart, a Stanford University professor of political science and national security expert, expanded on this point: “Overclassification is a far more serious problem than most people realize. The more classified something is, the harder it is to share inside the U.S. government. The result: information gets marooned in different bureaucracies, making it harder to connect the dots. Overclassification also inhibits the government’s ability to get information, insights, and help from the outside world.

Offering an illustration, Zegart says, “In cyber, for example, even the phrase “offensive cyber operations” was classified until the mid-2000s. Not what offensive cyber operations were, the targets, or the technologies involved. Just the phrase. That’s nuts. Getting more minds in and out of government thinking about hard problems is essential, and over-classification makes that difficult, frustrating, and sometimes impossible.” Zegart has been actively involved in efforts to help U.S. Cyber Command and other agencies defuse this problem.

We Need to Know Trump’s Motive For Taking Classified Documents

In his article in The Atlantic, Giglio quoted national security expert, Elizabeth Gotein, who said the problems in our classification system over overclassification are “rampant.” Gotein, in a 2016 article in The Nation argued that “officials encounter multiple incentives to err liberally on the side of classification” and, as a consequence, it is estimated that 50-90 percent of classified documents could be safely released. (She notes that while the Obama administration made an effort to reduce classifications, in 2014 there were nearly 80 million decisions to classify information. Her article was published around the time of the furor regarding what, if any, information in Hillary Clinton’s emails was classified or should have been. Gotein argued that not understanding how the system works distorted voters’ understanding of that controversy seven years ago.

Former CENTCOM commander General Anthony Zinni once relayed to me the results of a study he conducted, regarding the classified info he received daily. He told me that 80 percent of officially designated “classified” material he received was actually available via open sources. Of the remaining 20 percent, Zinni said, 80 percent was discoverable via open sources if you knew what you were looking for. In other words, only four percent was uniquely available via classified channels.

Go back further and you will find a 2013 article by Ronan Farrow in The Guardian in which he wrote, “Trillions of new pages of text are classified each year. More than 4.8 million people now have a security clearance, including low level contractors like Edward Snowden. A committee established by Congress, the Public Interest Declassification Board, warned in December that rampant over-classification is ‘imped[ing] informed government decisions and an informed public’ and, worse, ‘enabl[ing] corruption and malfeasance.’”

That was a decade ago, and yet we’re enduring not one but two presidential scandals tied to classified information.

But noting the regular clarion calls to fix this system, and the limited concrete steps that have been taken to do so, it’s fair to characterize our unwillingness to fix a system this badly in need of repair for three-quarters of a century as one of the biggest national security scandals of our time.

We Need a New Approach to Fighting Malevolent Forces Online

If it turns out that Donald Trump was holding on to classified documents with the intention of using them to enrich himself, or if he was sharing them with foreign countries or their agents, it would be a crime of historic proportions. If it is found it was simply his arrogance that led him to hold on to the documents, it is still egregious.

The Biden case should be investigated just as thoroughly. Both the current and the former president should be held to the same standard. Should wrongdoing have taken place in either case, whomever is responsible should be held to account. That said, having followed the revelations in both instances carefully, it is my bet is that once all the facts are in, the two will be seen to be as even more different than they appear right now: the Trump case one of clear and willful violation of the law, the Biden case one of error but constant and attentive compliance with those same laws and procedures.

But however those two cases are resolved, after the smoke has cleared from the political firestorms that will swirl around them for months to come, it would be helpful if we used our heightened awareness of these issues to finally take action and modernize the design and security of the information system upon which our government depends. That means far fewer classified documents, far fewer people with the power to classify and declassify documents, and a system that is easier to use, more secure, and less likely to invite abuse or error.

Get the Daily Beast’s biggest scoops and scandals delivered right to your inbox. Sign up now.