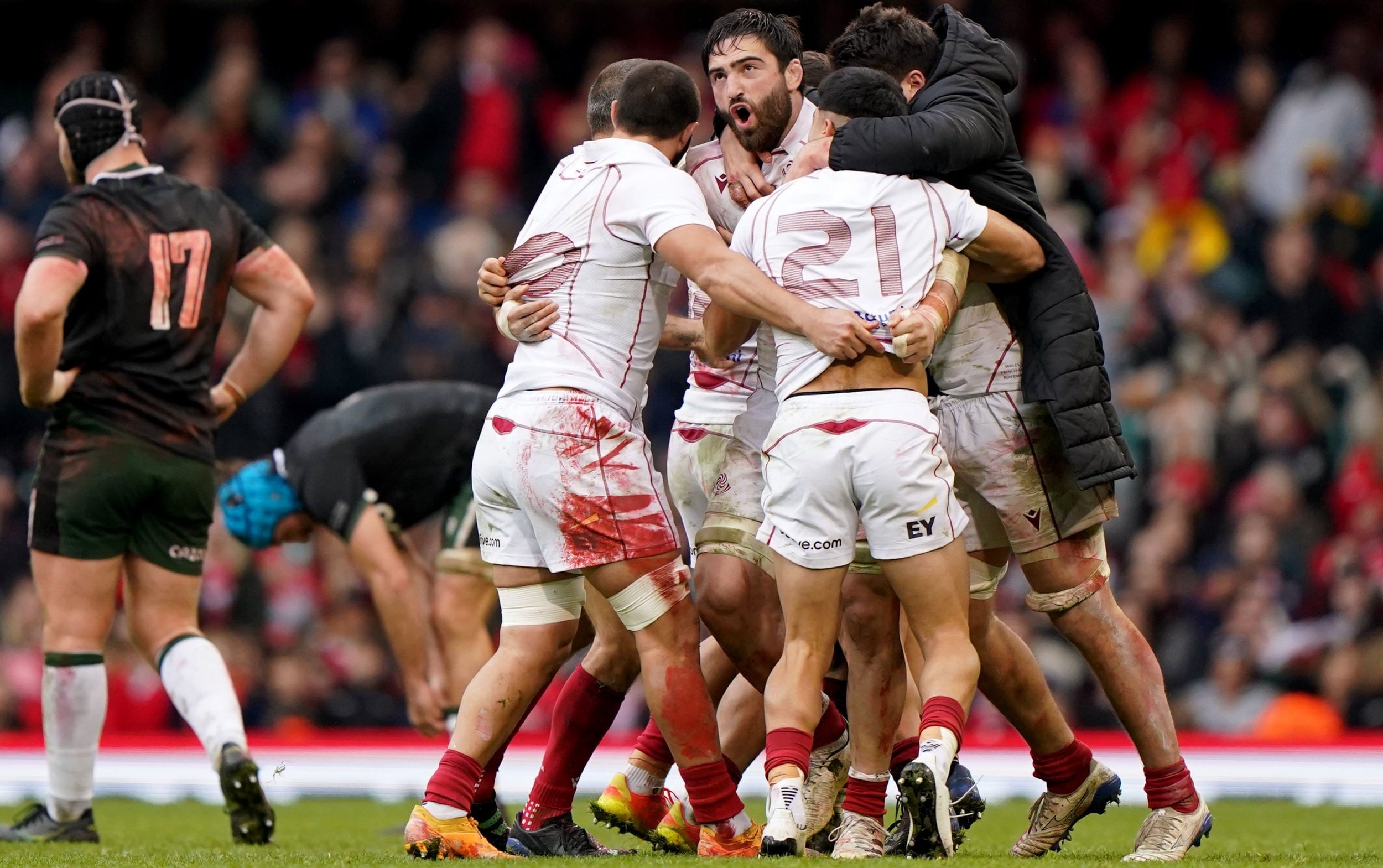 Wales had a fairly comfortable 12-3 lead at the break and looked set to get away with it during the second half, but Georgia clearly hadn’t read the script.

Things got tricky for the hosts when Alex Cuthbert was booked for sending his counterpart Alexander Todua into the air.

Georgia took full advantage of their scrum half Vasil Lobzhanidze who caused all kinds of problems for Wales.

And the visitors turned it into another one-score match as Todua gratefully grabbed a well-executed cross from Abzhandadze to set up the try. Abzhandadze added the extras, but wasted a golden opportunity to take the lead by missing a penalty from in front of the posts.

Wales came close to extending their advantage as Morgan landed for what would have been a hat-trick, but the attempt was disallowed by the TMO as Taulupe Faletau spilled the ball forward in the build-up.

That summed up Wales’ afternoon and reinforced the fact that they lack a clinical lead when they come into opposition at 22.

But they still had their noses up and had every chance to save face, but lacked the composure and game management to come out on top.

Georgia proceeded to break up Wales during the scrum with their group of attackers destroyed to the point of being on roller skates. And almost inevitably it was their scrum that gave the Lelos a shot at glory.

Matkava fired the shot on goal, which wasn’t the easiest, with all the pressure in the world on his shoulders. But his strike dissected the posts to leave Wales heartbroken at Cardiff.