A three-year-old boy from Phomolong in the Free State was run over by two pit bull terriers.

“If the people of [Sekoti Mpate in] Phomolong, we are traumatized and need help. What we saw yesterday (Sunday) was a horrible sight.”

These were the words of Maitse Saule, the grandfather of three-year-old Keketso Innocent Saule, who was run over by two pit bull terriers on Sunday morning in Hennenman, in the Free State.

Saule told TBEN on Monday that the boy’s grandmother, who was the first to identify his scattered body parts after the attack, was barely coping.

“From what I saw, the dogs tore up half of his face and head. We could see parts of his brain after the attack,” he said.

He added that Keketso’s friend who was with him during the attack was also traumatized after witnessing his friend’s death.

He, too, could have died if a neighbor hadn’t rescued him, Saule said. According to him, the two pit bulls did not belong to the owner, because they do not live nearby.

The property, he said, was occupied by two tenants, one of whom had the mean pets. Saule said the council had arranged to collect Keketso’s mother, who had her first counseling session with a social worker on Monday.

He added that the municipality had agreed to cover the costs of the funeral on Saturday.

Neighborhood councilor Pheello Nthuba told TBEN that the council and residents pledged donations, including a headstone, for Keketso’s funeral.

He said the tenant who had the pit bulls at the time of the attack did not own them, but had them temporarily to breed with.

Nthuba said he advised him to report the incident to the police. 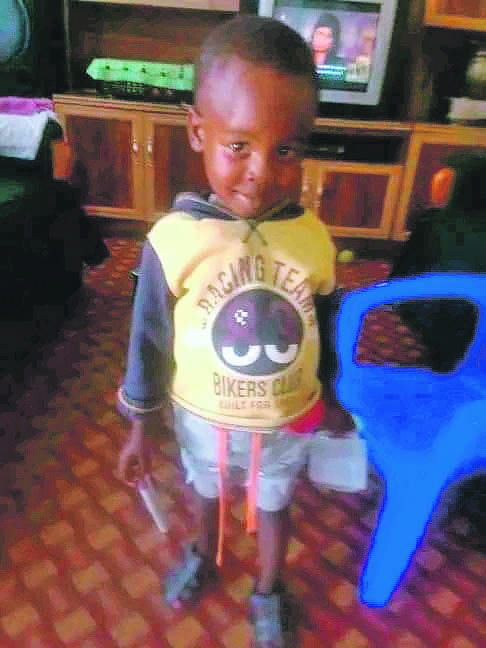 Keketso Saule was playing with other children when he was attacked and run over by two pit bulls.

The attack sparked anger from residents, who attacked one of the dogs, beating it with shovels and stones before setting it on fire.

Police and the National Council of Societies for the Prevention of Cruelty to Animals (NSPCA) arrived on the scene and seized one of the pit bulls. The NSPCA euthanized the second dog.

According to NSPCA spokesperson Keshvi Nair, pit bulls are power breeds and therefore vicious by nature.

What makes this worse is that they are trained for dog fighting, which makes them uncontrollable and endangers people.

She said that while the NSPCA acknowledged the trauma and pain of losing loved ones to pit bull attacks, she was equally concerned about the violence against pit bulls responsible for attacks.

ALSO READ  Menacing wild turkeys, led by Kevin, take over a New England town for themselves

“Because of the emotional reaction people can sometimes have when they react to the attacks, they may resort to inhumane ways of dealing with the situations.

“Sometimes these animals are stoned or doused with boiling water. We’re not saying it’s okay to attack people, but you also have to look at the risks they’re exposed to,” Nair said.

READ | Renewed warnings about pit bulls after another child was killed

“An inquest has been filed for further investigation and additional charges will follow under the Animal Amendment Act. A thorough investigation will be conducted into the circumstances that led to the two pit bulls killing the boy,” Thakeng said.

The owner of the two dogs was arrested and charged on Monday.

Thakeng said Lebohang Pali, 21, also known as Mampudi, appeared before the Hennenman Magistrate’s Court and was granted bail of R300. He will appear in court again on Wednesday.

White warns ‘naive’ South Africans ahead of Champs Cup debut: ‘As if you play a test every Saturday’ | Sport

LOOK | VW is upping the ante with the all-new Amarok, but will SA bakkie aficionados find favor? We drive it |...