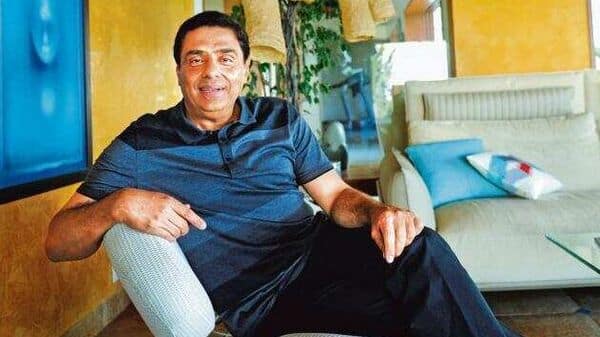 MUMBAIA : Upgrad, the upskilling edtech unicorn, is eager to lose the image of a “start-up” and rather be seen as an established company in the education segment, said co-founder Ronnie Screwvala.

Screwvala believes Upgrad is much more than a startup and calling the company one hurts it.

“We don’t see ourselves as a startup because I think it’s very dangerous in education when you’re a startup that affects lives and careers. So that’s why ‘finance’, ‘unicorn’, ‘startup’ are not words that give us satisfaction or pleasure,” Screwvala said in an interview. “How will a five-year-old company compete in mentality with a 50-year-old one-year-old or a 100 year old establishment unless you shake that (tag)?”

Screwvala’s stance seems unorthodox, as even mature companies strive to incorporate aspects of the way startups operate to make their organizations agile, energized and innovative. In addition, many large companies are shifting from a command-and-control leadership style to delegating decision-making lower in the organization, similar to how startups work.

While Screwvala may still retain the corporate style that helped the seven-year-old company scale quickly, he believes the startup tag is a handicap, at least for an education company. Widespread layoffs by education startups amid the current funding winter, questionable sales practices, and startups that have closed leaving students stranded have somewhat discredited the industry.

According to Screwvala, Upgrad has reached critical mass after acquiring and partnering with more than half a dozen brands and companies in segments such as upskilling, job readiness, recruiting and education abroad.

Some of the companies it has acquired include Harappa Education, Exampur, Talentedge, Study Partners, Work Better, Knowledgehut, Impartus Innovation and Rekrut India.

“We will continue to be eager to close gaps in our lifelong learning and reskilling value chain – and part of our focus will be on global markets,” said Screwvala.

“We are working to deepen our presence in each of these segments we have now. We will likely hit $400 million in annual revenue run (ARR) by March 31, as our January-March quarter will have gross revenue of $100 million by then,” he said.

Much of the company’s future non-linear growth will come from its overseas teaching business, where it plans to bring overseas campuses to India, he said. India is a huge market and the skills segment will grow organically, he added.

Upgrad has raised nearly $280 million in primary capital from investors to date and another $100 million through a stock swap. It was last valued at $2.25 billion. Last year, it raised $160 million from Temasek Holdings Ltd, International Finance Corp. (IFC) and IIFL Group.

At a time when the larger edtech sector is under pressure as the covid pandemic eases and funding taps dry up, Screwvala said it doesn’t take much capital to build a sustainable business in the education segment.

“The demand for further training and higher education will not disappear. Investors with deep pockets still see value in the sector. It’s just a matter of which segment you play in. K12 is not where there is headroom. There’s already too much zero cost capital in that segment, with investors and founders on steroids for fundraising versus building an integrated real business,” he said.

DU PG Admission through CUET from 2023-24, what about merit based entry now?