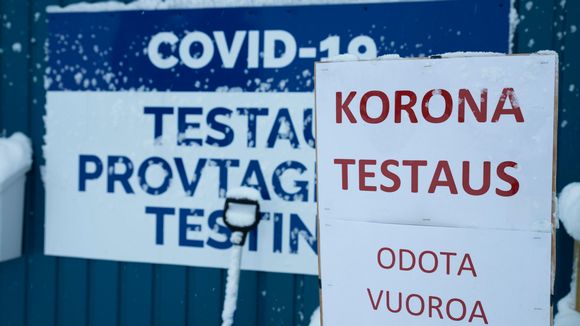 Residents of Helsinki will soon have better access to rapid coronavirus tests, reports the Huvfudstadsbladet (HBL) in Swedish.

Authorities in Helsinki and the Uusimaa HUS health district are to deploy a so-called “Corona bus” which will serve as a mobile testing station for the city’s residents.

“The supply is now complete and the bus will be ready for use within the next two weeks, possibly even as early as next week,” said the director of diagnostic services at HUS. Lasse Lehtonen says HBL.

The idea of ​​the bus is to increase the number of tests in places like construction sites and among immigrant communities that have experienced a disproportionately high number of cases, writes HBL.

The bus will provide free antigen testing. All positive cases will be retested with a more reliable PCR test to confirm the result.

“The bus will largely be driven to schools or workplaces where it is possible to test large groups. Alternatively, it could be driven to a place with many people, where passers-by can enter and be tested.” Lehtonen told the newspaper.

The Kemijärvi variant still a mystery

The Iltalehti tabloid reports a variant of the coronavirus detected in the Lapland municipality of Kemijärvi at the end of March.

The genetic sequence of the virus, found in samples taken from three people, has shown that it was not one of the British, Brazilian or South African variants responsible for the recent surge in infections across Europe .

Iltalehti quotes the hospital district of Lapland Markku Broas, which says more information on the variant should be available this week.

“[Private lab] Vita Laboratories reported that the whole genome sequencing has been entrusted to the Institute of Biotechnology at the University of Helsinki and that there have been some delays. They said on Thursday that the results should come this week, ”Broas told the newspaper.

The group of infection from which the variant emerged now has nine cases, with the origin of the infection still unclear, Iltalehti writes.

Global finance ministers on Tuesday declared their commitment to tackle climate change in a virtual meeting, according to an article published Wednesday in Helsingin Sanomat.

Minister of Finances Matti Vanhanen (Cen), who chaired the meeting, told the newspaper he believes the global financial elite is now firmly committed to taking action on the environment.

“Each speech reflected a real awakening and a commitment to act to combat and prevent climate change. This was the main message of the meeting,” he said.

“The wheel is turning in the right direction,” Vanhanen added.

The group’s meeting, dubbed the Coalition of Finance Ministers for Climate Action, involved finance ministers from more than 60 countries, including new participants in Japan, South Korea and the United States, writes HS.

Finland and Indonesia co-chair the group, which engages its members on a set of ideas known as the Helsinki Principles.

“A moving and incredible moment”: a wolf sighted in Helsinki and Espoo