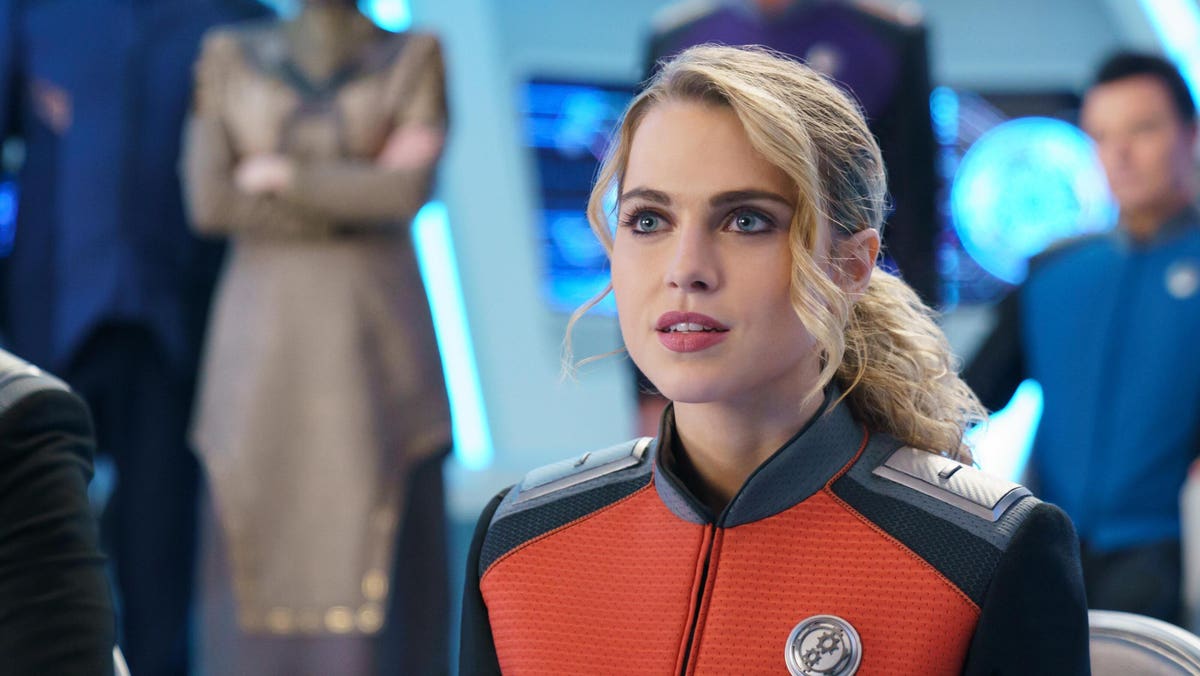 Even though I have a dozen weird shows to keep up with at any given time, for a few years now I can’t escape one consistent recommendation, The Orville.

Originally, the show looked like it was going to be Family Guy guru Seth Macfarlane’s attempt at making a live-action Star Trek parody on TBEN, and maybe it was originally set up like that and green-lit. Because the factual show? It’s not that. Not even close.

Now on the cusp of wrapping up its third season under new ownership at Hulu, the Orville is far from a parody of anything. It’s much more of a tribute or tribute to the early Star Trek, which Macfarlane clearly loves, but given the current state of Trek, somehow, improbable, it’s actually a lot better than any of the other current Star Trek projects, be it Discovery or Picard. Recently, Star Trek: Strange New Worlds felt like it was continuing The Orville for inspiration alongside older Trek, given the shift in focus to smaller, sometimes humorous stories.

Another curious element here is how much you can see the budget increase over the seasons. Season 1 looks like it’s practically an SNL sketch. Season 2 got a lot more money for space battles and the like. Season 3, now funded by Hulu/Disney, produces near-blockbuster-level sequences with timelines to match, including last week’s wild ninth episode featuring a four-species battle royale for the fate of the universe. Things have… escalated. “If a show is good, give it more money” seems like Hollywood 101, and yet that doesn’t seem to happen as often as it should.

But the reason The Orville works so well is because it stays grounded with its characters despite all the flashy effects. By focusing intensely on the core cast of 6-7 main characters, we get these years of arcs that really pay off with continued investment. The best are about the saga of Topa, a child from a horribly repressive alien culture, and Isaac, a sentient robot constantly torn between his acquired human family and the guidelines of his home race. If I have to criticize this show, it’s that the character the show probably interacts with the least with is Captain Ed Mercer himself. Some say Macfarlane isn’t right for the part and shouldn’t have cast himself, but I don’t think that’s the problem. It’s more that he feels more like a spectator to these more compelling sagas than a meaningful participant.

Then, of course, there’s the politics, which doesn’t feel like a 2022 “wake up” thing, but again, a trip back to the original Star Trek that was all about social issues the whole time, even if some fans might want to forget about that. Here the show covers a really wide range of topics here with a surprising heart, whether that be misogyny, transphobia or even abortion. There are plenty of ways this could all have gone wrong, and none of this would would have worked if The Orville was a real “parody”. But after three seasons, it feels like even though it’s inspired by Trek, it’s built its own characters and mythology that can resonate with audiences, even if they’ve never seen Star Trek. That’s close to me, because while I’ve seen a few seasons and movies over the years, I’ve never been a real Trekkie. But I’m now a fan of The Orville, and in this era of non-stop Star Wars and Marvel stuff, Disney would be wise to cultivate potentially new and compelling original universes like this one in its catalog.

Watch out, you won’t regret it.