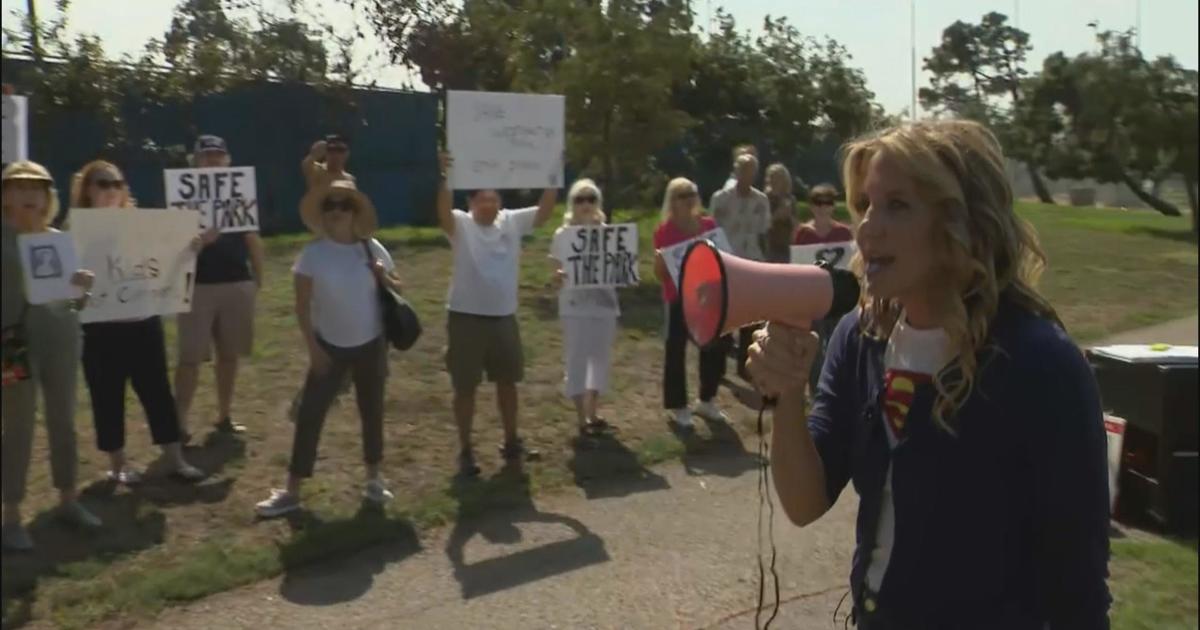 Dozens of Westchester are upset to see their beloved park turn into a homeless camp.

Their outrage has only grown after hearing of a possible expansion of a 24-hour safe parking zone for the homeless in Westchester Park.

“We’ve done our part,” said Tom Brewster, a member of the Westchester Park Tennis and Pickleball League. “We’ve been able to park safely here for a while. Time to move on.”

During the pandemic, when many city facilities were closed, some parking lots in Westchester Park were designated a safe parking zone for the homeless. These pandemic-era regulations were set to expire on October 2 within a month. However, last week Councilor Mike Bonin’s office asked for an extension and hoped to create an additional 24-hour secure parking zone in the park.

“We thought we were free,” said Westchester resident Debra Huston. “We waited for the double cross, and it came.”

The plan would replace the pre-existing space and reduce capacity to 15 vehicles, many of which would come from the nearby Ballona Wetlands. If awarded, the zone would be adjacent to The First Flight Childcare Center.

In recent months, the city has spent hundreds of thousands of dollars improving its tennis and baseball areas. While he’s excited that youth programs can take advantage of the new upgrades, Brewster worries that the encampments are only a few feet away from the new facilities.

“They are doing everything they can to get the park back,” he said. “But we’ve had one eye sore and we still don’t have the confidence of the public to come back because they don’t feel it’s safe.”

Residents said they were victims of racist remarks, inappropriate behavior and violent attacks.

“We’ve seen homeless men walk out onto the field and expose themselves,” Huston said.

Huston and other residents will plead with the Los Angeles Recreation and Parks to deny the safe parking extension during the commissioners’ meeting Thursday morning.

“The kids, the seniors should come first,” Brewster said. And there’s got to be places to put them that aren’t… so close to the kids.”

Bonin responded to the resistance in a statement that said in part:

“Safe Parking is a homelessness solution and the kind of program we need to scale up, not kill,” he said. “My district saw the biggest reduction in homelessness in the city of LA because we’re doing what’s proven to work: housing and services to end homelessness, not laws to push it from neighborhood to neighborhood.”