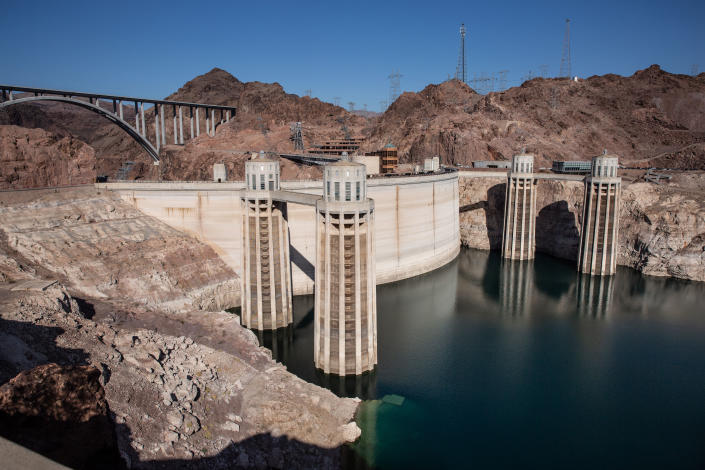 The two largest reservoirs in the United States are at “dangerously low levels,” threatening the supply of fresh water and electricity in six states and Mexico, according to the United Nations Environment Program (UNEP).

Lake Mead and Lake Powell, both man-made reservoirs on the Colorado River, are currently at their lowest levels on record, due in part to an ongoing drought exacerbated by climate change.

“Conditions in the American West, which we see around the Colorado River basin, have been so dry for more than 20 years that we no longer speak of drought,” said Lis Mullin Bernhardt, an ecosystem expert at UNEP. “We call it ‘desiccation’ – a new, very dry normal.”

The river is also struggling due to overconsumption due to a growing population and an outdated agreement guaranteeing allotments for neighboring countries. The reservoirs provide water for agricultural and residential use in Arizona, California, Colorado, Wyoming, Nevada and New Mexico.

If conditions don’t improve, Lake Mead and Lake Powell run the risk of reaching “dead pool” status, in which the water is so low that it no longer flows from a reservoir. That would shut down the hydroelectric dams that power millions of western US residents

“We’re talking about a 20-year period of drought-like conditions with an increasing demand for water,” Bernhardt said. “These conditions are alarming, and especially in the Lake Powell and Lake Mead regions, it’s the perfect storm.”

ALSO READ  WHO lists Monkeypox as clades I, IIa and IIb to prevent violations

Falling water levels have been a concern for US officials for some time now. In June, Bureau of Reclamation commissioner Camille Calimlim Touton told the Senate Energy and Natural Resources Committee that maintaining “critical levels” at Lake Mead and Lake Powell in water supplies.

“What has been a slow-motion train wreck for 20 years is accelerating and the moment of reckoning is near,” John Entsminger, general manager of the Southern Nevada Water Authority, said during the Senate hearing.

ALSO READ  Who is Saif al-Adel, the most wanted terrorist in line to replace slain Al-Qaeda chief Ayman al-Zawahiri?

Restrictions on the use of water have already been introduced. Southern California’s Metropolitan Water District in June, usually limiting outdoor water to one or two days a week.

The drought in the West has had a number of effects in recent years, including unusually poor wildfire seasons.

The global temperature is rising and has been for decades. Step into the data and see the magnitude of climate change.