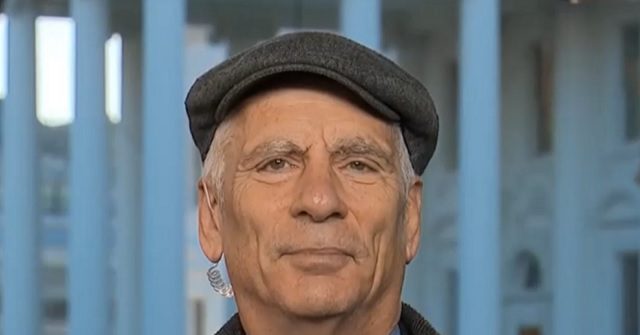 Bernstein responded, “Well, I think one of the things that hurts us is just a real unwillingness to increase the revenue we need to meet our spending commitments.” For years, the Republicans, in particular, have been absolutely unwilling to entertain revenue increases, especially at the high end of the scale, where President Biden has, of course, focused on increasing the revenues we need to meet our spending commitments. In Bidenworld, we pay for our long-term programs and we do that by generating revenue at the top end of the scale, above 400,000. That means more fiscal fairness, it means more after-tax revenue equality, and it’s a value of this president, it’s one of the reasons we’ve hit 1.7 trillion in deficit reduction since he’s been in office.

ALSO READ  Kimmel fires back at Trump for calling him "untalented fool."

He added: “Trump’s tax cuts added nearly $2 trillion to the deficit, Trump Republicans then added another $2 trillion on the spending side, while Republicans including Kevin McCarthy voted for three increases in the debt ceiling. Okay? So I think it’s a great question as to why now is different than then. As you mentioned, the debt ceiling has been raised 78 times, I think 49 times with Republicans as president, the rest with Democrats, so that’s a little bit of hypocrisy there.

Bernstein further stated:[T]he tax story really needs to be discussed in the context of how you pay your spending obligations. It’s the very first question you asked me today, where does all this debt come from? It stems from not generating the revenue we need to meet our obligations.”

Later, Bernstein responded to a question about whether achieving a balanced budget could be achieved through tax increases for top earners by stating, “I don’t think there’s anything particularly simple in this space. But we’ve managed to pay for many of our spending programs in exactly that way.”