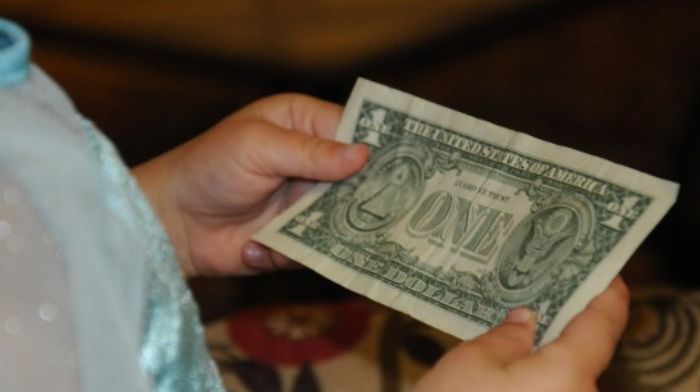 By John Tamny for RealClearMarkets

In their new book America in perspective, David Sokol and Adam Brandon report that in 1700, which eventually became the United States, there were 250,000 inhabitants. In 1770 it was 2.1 million. A hundred years later, there were 40 million Americans. By 1914 the number had exploded to 99 million.

What explains the wave of people from all over the world? It’s a waste of words to answer the question, but for those who are still a little sleepy, the answer to the question is economic growth. The news moves quickly on the issue of wealth.

Abnormally rapid growth logically turned out to be a magnet for the world’s pursuit of something better.

Was all growth a driver of inflation? It’s a waste of words to answer this question too, but the words will be wasted due to a growing desire among members of the left and right to redefine inflation due to too much ‘demand’ arising from, yes, growth. . What a laugh.

Indeed, the clearest sign that the US had no inflation problem was growth itself. Imagine that the latter is a clear consequence of investment (not the ‘demand’ of conservatives and liberals who have replaced common sense with textbooks), and that investment revolves around producing more and more for less and less.

Yes, investment is generally about productivity improvements designed to produce abundantly and cheaply what used to be expensive and scarce. If you’re wondering if an economy is growing, take a look at prices. Once expensive items become more and more accessible, you know there is growth.

What is striking about the above is that the falling prices that are the result of increasing growth do not indicate deflation. Stop and think about it. If you suddenly have more dollars thanks to lower unit prices, you have more money to pursue new things; that, or your savings will be channeled through financial intermediaries to those with short-term consumption needs.

ALSO READ  Manchin refuses to say whether he would support Biden in 2024; hopeful Sinema agrees to deficit and climate agreement

Falling prices lead to rising prices elsewhere and vice versa, while no saving ever shrinks “demand”. It just shifts it.

Why was the growth so great in the colonies that became the US, and in the United States itself? The arrival of ambitious people seeking the freedom and free markets of the US certainly loomed. Call it the dominant factor. A low entropy input to this growth, of course, was that the dollar had a stable definition from the end of the 18th centurye century to the first third of the 20e as 1/20.67 of a gold ounce.

Love or hate the gold standard, it cannot be denied that it personified dollar price stability. And with the stable dollar, inflation was no problem. Strong growth, but no inflation. Keep it in mind given the modern discussion of ‘inflation’.

What prevailed for much of the US’s early existence requires routine re-explanation because of the growing consensus on the left and right that ‘demand’ is the source of our perceived ‘inflation’ problems today. In his most recent opinion piece for the Wall Street JournalHarvard professor and former CEA chairman of the Obama administration, Jason Furman, claimed that the “economic logic for demand reduction to curb inflation is clear.” It’s hard to know where to start here.

In Furman’s case, he argues that reduced economic growth via “higher taxes, lower government spending, or a combination of both” will ease rising price pressures. Except this one isn’t. Assume that measures taken to reduce “demand” will by definition reduce supply. Waste of words? Sure, but again necessary.

What’s disappointing about all of this is that Furman’s theoretical ideological contradictions on the right see inflation the same way he does. For decades, they have promoted the fiction that Fed Chairman Paul Volcker has stopped inflation by putting Americans out of work. If we forget for now that conservatives greatly exaggerate the power of the Fed, how ludicrous it is to assume that stable money requires despair.

It’s all ridiculous until one understands that today’s (and yesterday’s) dominant ideologies are still fascinated by a demand-side view of the world.

We know this because while Furman claims that the current inflation solution is higher taxes (that he really believes that government spending on a stimulant is something for another day; that, or just look through my archives for countless opinion pieces correcting this bit of fabulistic thinking ) intended to reduce demand, so conservatives think shrinking demand is the answer. In their case, their criticism of government spending is that it promotes “excessive demand” towards higher prices.

Except it isn’t. While the arguments against government spending are too numerous to list, the latter does not lead to higher prices stemming from ‘excess demand’. We know this because the government can only redistribute wealth and “demand” as far as it reaches into the pockets of the productive people. All demand is a result of supply, period. If the government gives you $20, someone else has $20 less. Basic economy.

The current challenge is to push the basic economy aside. Educated thinkers from the right and left have chosen to redefine inflation while attributing new causes to it. They remind us that economic knowledge does not come from education and never has. It’s just common sense.

We’d be much better off if Lefties from Harvard and Right-of-Center “free market” thinkers from the University of Chicago just skip wasting time and money just to read Adam Smith.

Whatever the solution, we know that inflation is not the result of ‘demand’ and economic growth. If it were, the US from 1787-1914 would have been characterized by rampant inflation in an economic sense. Except it wasn’t. Inflation is a deviation from currency price stability. Nothing else. Losing this to today’s experts means that a lot of words are wasted in consultation with very little learning.

John Tamny is Editor of RealClearMarkets, Vice President at FreedomWorks, Senior Fellow at the Market Institute, and Senior Economic Advisor to Applied Finance Advisors (www.appliedfinance.com). His most recent book is When politicians panicked: the new coronavirus, expert opinion and a tragic decay of reason.