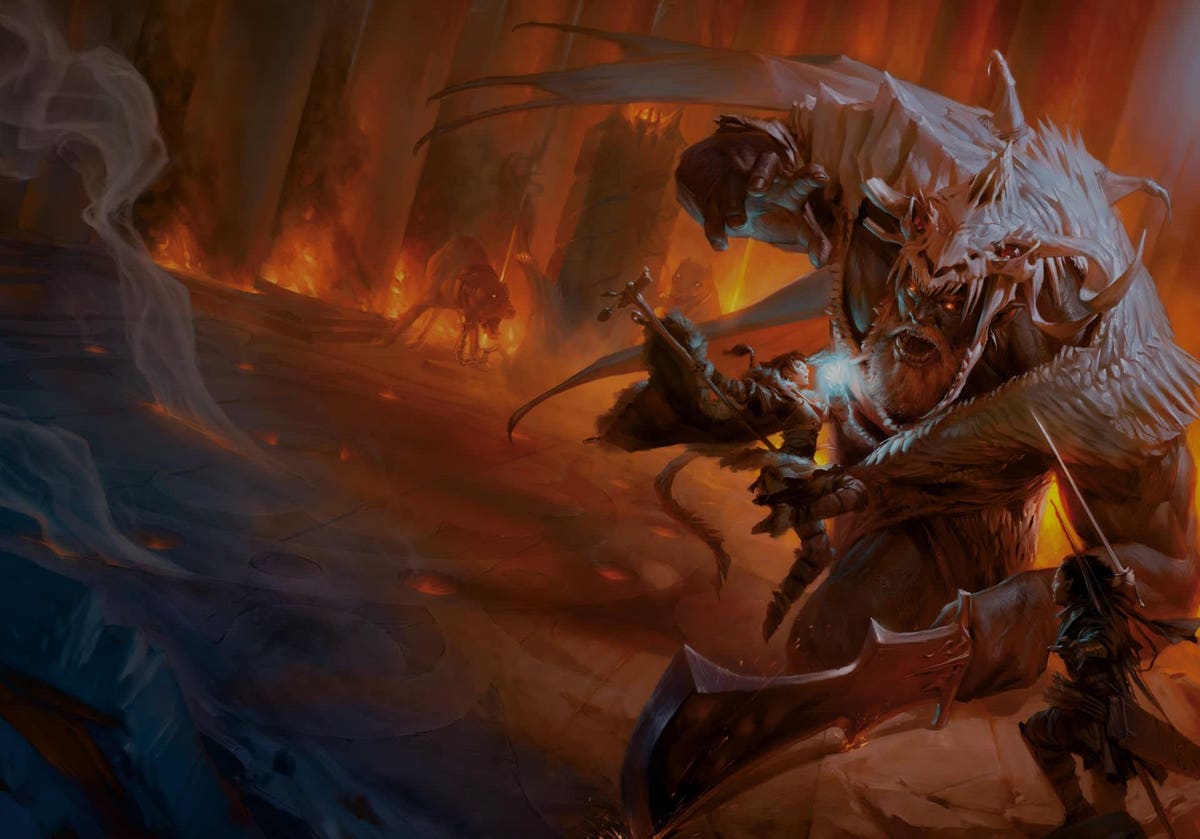 The short version? Nobody knows for sure. There are rumored changes that have reportedly been leaked and speculated about, with a few companies other than Wizards of the Coast making big decisions based on what might come next.

The longer version? A leaked version of the new Open Gaming Content license not only provides tighter controls on products produced for the game outside of Wizards of the Coast, but seeks to close previous licenses to stop production of materials for earlier editions of the game. set. After years of having a laid-back attitude to third-party manufacturing of Dungeons and Dragons products, the new license shown in the leak seems to indicate that the party is over and that Hasbro/Wizards of the Coast wants more of a say in what can be made for their game.

What is the Open Gaming license?

The open gaming license is a public copyright license that allows third-party publishers to produce content for Dungeons and Dragons. It famously debuted in the year 2000 with the third edition of the rules. Each subsequent edition has seen adjustments and updates to what businesses can and cannot use.

Where does the new Open Gaming license come from?

Since the announcement of OneD&D in August 2022, there has been a lot of speculation about the terms of the new license. Many fans and industry people feared the game would go in a different direction, possibly using new digital tools as a way to shield “official content”. of Third Party Materials.

On January 5, 2023, journalist Lin Codega published an article about Gizmondo claiming to have received the new license. They highlighted many of the changes between the current permit and the proposed new permit. What they reported was much more drastic than any speculation had suggested.

What has reportedly changed in the new Open Gaming license?

The new license requires anyone who creates a product to Dungeons and Dragons to report that information to Wizards of the Coast. For companies making $750,000, whether through sales or Kickstarter, the company gets a share as a royalty. Reporting to the company allows the third party to use official badges and other identifying information on their products to indicate approval.

While most viewers expected stricter licensing in the future, they were shocked by the language attempting to retroactively shut down previous open game licenses. Many companies suggested that they just produce fifth edition content and not move forward if the new license was too restrictive. This move seems to be an attempt to get rid of that idea and not allow it Dungeons and Dragons only to break down again into its own main competitor.

What has happened since the Open Gaming license leak?

The reaction on social media has been negative to say the least. Other sources have posted the full text of the leak online and are taking issue with the language in the leak. Several companies have stated that they are exiting the 5e business and have begun mass sales of their books in case the wording of the leak is true. Even companies that don’t produce Fifth Edition content have been bombarded with questions about the future of their games.

On January 10, Kobold Press, one of the leading third-party producers, presented Dungeons and Dragons Fifth Edition, announced it would move forward with the remaining 5e products that were in the production pipeline. It also announced Project Black Flag, its own RPG engine that would run future products.

Is the fifth edition of Dungeon & Dragons over?

Not yet. At the time of writing, neither Wizards of the Coast nor parent company Hasbro have publicly commented on the leak. Whether the leak was genuine or whether Dungeons & Dragons owners are considering changes based on the negative response to the leak is currently unknown.

Third-party products will probably still exist as well Dungeons and Dragons. They’ve been around since the original Judge’s Guild modules in the late ’70s. Whether or not they are authorized by Hasbro is immaterial.

Regardless of whether or not the new Open Gaming license will follow what has been reported, it has been a wake-up call for the tabletop gaming industry. The rising tide of Dungeons and Dragons has hoisted all the boats since 2014. Now we’ll see who remembers to swine.

Chogokin Gundam Aerial Toy Review: If only all ‘Gundam’ toys were this good