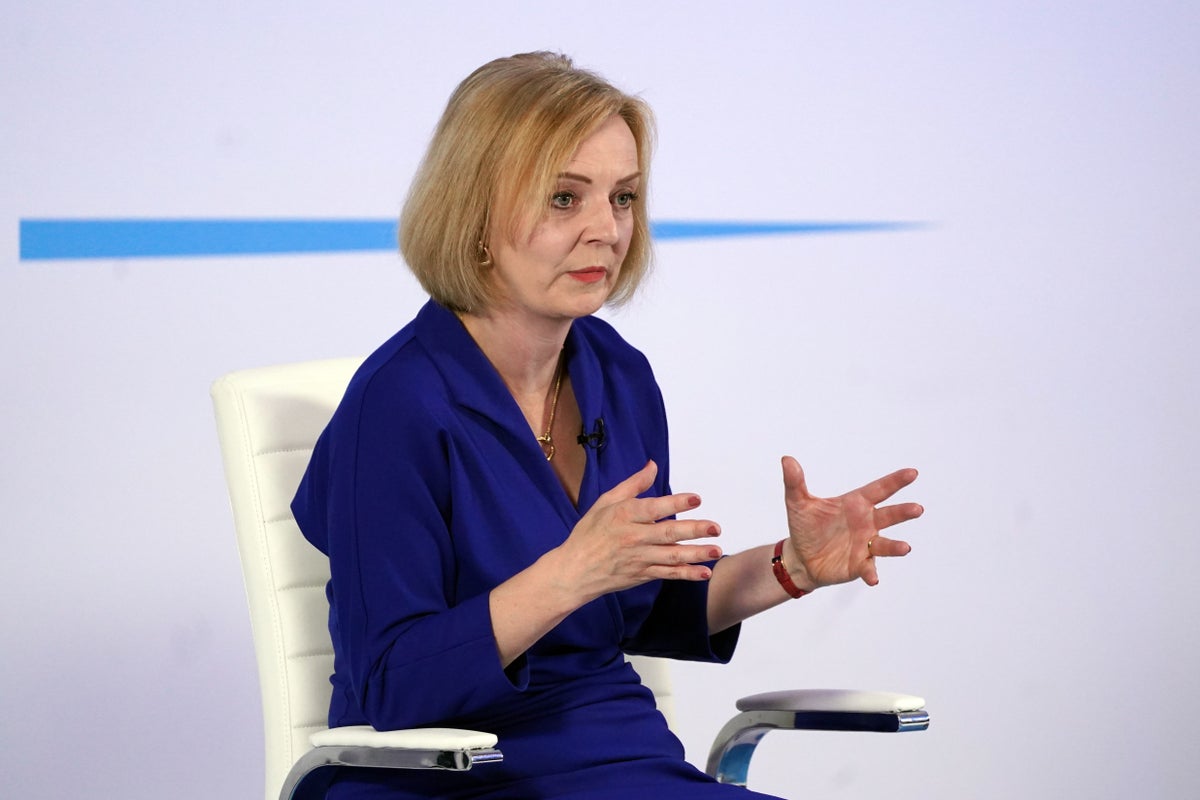 Liz Truss has been confirmed as Britain’s next Prime Minister.

The Foreign Secretary saw a Tory leadership challenge from former Chancellor Rishi Sunak to win the race to replace Boris Johnson as leader of the Conservative Party and the UK’s next Prime Minister.

The road to Downing Street also saw Mrs. Truss fending off rivals such as Penny Mordaunt, Kemi Badenoch, Tom Tugendhat, Suella Braverman, Nadhim Zahawi and Jeremy Hunt over the course of a grueling and often bitter eight-week contest that has been allowed to rumble as the many, many of the country’s problems are not being addressed by perpetual vacationer Johnson.

She will now need to unite the party and get started quickly if she is to curb the cost of living crisis and make a success of her term in office.

Ms Truss has been criticized for her refusal to provide details on exactly how she intends to approach the economic recovery — and for completely evading scrutiny by evading interviews — but here’s what she’s said about key areas of public policy.

Taxes, Expenses and Cost of Living

Speaking during her leadership launch, for which she arrived late and then left through the wrong door, Ms. Truss pledged to nullify the National Insurance increase announced by Mr. Sunak and took effect in April, to put more money in the pockets. of the citizens.

While she has indeed since been hesitant about addressing the cost of living crisis, Ms Truss has pledged to provide help with energy bills within a week of taking office (apparently a sign of a turnaround in her previously expressed opposition to “hand outs”) and an emergency budget as soon as possible, with the country facing runaway double-digit inflation and rising costs while wages stagnate.

Ms Truss also pledged at the outset to scrap Sunak’s planned corporate tax hike, which would rise from 19 per cent to 23 per cent by 2023, and pledged £30 billion in tax cuts, which she said was the only way to help the ailing Britain’s economy, but which the former chancellor said was reckless, was a short-lived “sugar rush” paid “by the country’s credit card” that amounted to nothing more than “fairytale” politics, a pragmatic message his party apparently didn’t want to hear.

Ms Truss has suggested she will pay for this in part by spreading over a longer period of time to repay the national debt accumulated over the course of the Covid-19 pandemic.

Other economic policies she has proposed include suspending the “green tax” on energy bills (used to pay for renewable energy projects), changing tax obligations to make it easier for people to stay at home when caregivers, introducing “low taxes and low costs”. regulatory zones” to create hubs for innovation and entrepreneurship across the country and increase defense spending to 3 percent of GDP by 2030.

On the NHS – once again on its knees with the fall flu season approaching and another wave of Covid far from unlikely – Ms Truss has supported shifting a larger share of health spending to social care and getting more doctors out of retirement. to help (certainly a band-aid if there ever was one).

She has also said making GP practices more accessible is key to easing some of the pressure on UK hospitals, who are currently dealing with dangerously long waiting times and treatment backlogs while lacking resources.

Despite supporting Remain and speaking out at the time on the importance of easy access to Europe, Ms Truss now presents herself not only as the reincarnation of Margaret Thatcher, but also as the Brexiteer of the Brexiteer, even more so than Mr Sunak , which actually left for the block.

Like Mr Johnson, she has threatened to jeopardize the fragile peace at home by tampering with the Northern Ireland Protocol, insisting that trade between Britain and the region should be “free-flowing” and leaving Britain’s courts to legislate, while also promising to scrap or replace EU regulations she believes are hampering Britain’s economic recovery.

Apparently still not a major concern for many Tories, despite a summer of record temperatures, drought and the accompanying transport chaos, Mrs Truss, also a former environment secretary, has at least said she intends to deliver on the UK’s promise to reach net zero by 2050 and pledged protection for wildlife and biodiversity.

That said, she has also called for a review of the ban on harmful fracking in the pursuit of shale gas, encouraged more nuclear power plants and labeled solar farms “a scourge to the landscape.”

Possibly bringing the new Prime Minister into further conflict with the environment is her pledge to have 300,000 new homes built in the UK every year.

Elsewhere, she has also said she hopes to help first-time buyers by including rent payments in mortgage assessments.

In a vague nod to the conservative ‘Level Up’ principles, once vigorously discussed but rarely mentioned at the August husting events, Ms. Truss has said that every student should be entitled to “the best chance of success” regardless of their background, an ambition that stems from her own supposedly gritty origins in a Leeds complex.

Ms Truss has also said that she wants to expand academically successful academies, introduce more free schools and reform university admissions procedures so that higher education places are only offered on the basis of actual, unpredicted numbers, while Oxbridge places become available automatically. be presented to anyone with the correct results.

In a gesture to those on the right of the party’s passion for “anti-woke” politics, marked by fallen leadership rivals and potential Truss cabinet appointees, Ms. Badenoch and Ms. Braverman, she says she will push for toilets same sex in schools.

Ms Truss has moved to reassure Ukrainian President Volodymyr Zelensky that British support for his country will be unwavering in the face of Russian aggression, six months into an increasingly brutal and costly war that Mr Johnson has been deeply involved in , causing the admiration of Mr. Truss Zelensky and his people in the process.