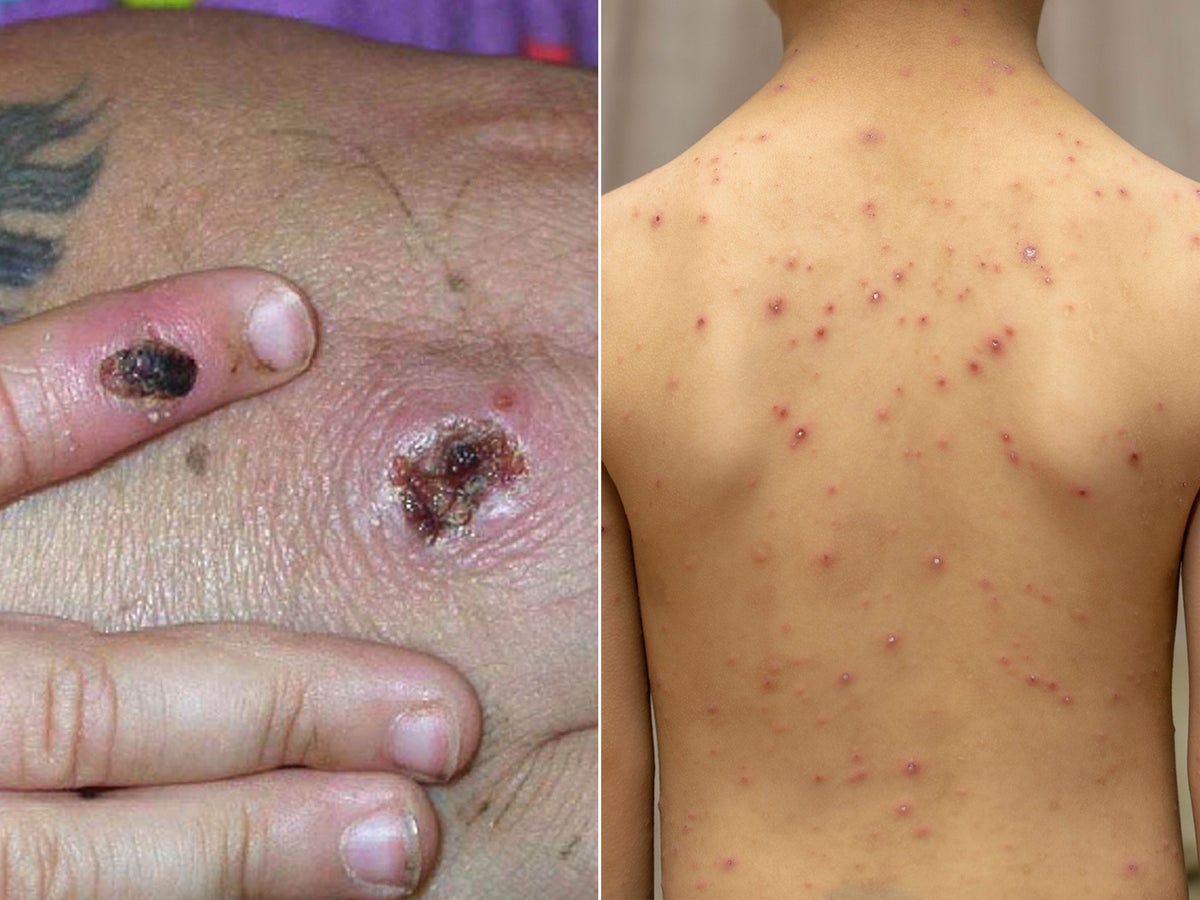 As the number of monkey pox cases in the UK has risen to 2,208 by July 21, 2022, concerns about the spread of the disease continue to mount.

Many of the symptoms of the disease initially resemble chickenpox, but there are some key differences between the two.

First, the diseases are caused by different viruses: monkeypox is an orthopox virus, while chickenpox is caused by the varicella-zoster virus, which also causes shingles.

Both viruses can spread through close contact via respiratory droplets and direct contact with skin lesions and recently contaminated objects.

Although chickenpox is a common and highly contagious disease, monkeypox is rarer and less likely to spread.

Monkeypox is usually a mild illness with initial symptoms such as fever, headache, muscle aches, backache, chills and exhaustion.

While many of these symptoms also occur in people infected with chickenpox, swollen lymph nodes are a distinguishing feature of monkeypox, which are not present in chickenpox.

The incubation period for monkeypox can be seven to 14 days, while the symptoms of chickenpox can take up to 16 days to appear, according to the U.S. Centers for Disease Control and Prevention (CDC).

After a monkeypox infection, a rash that initially resembles chickenpox appears within one to three days of a fever.

The rash goes through several stages, first developing into papules and fluid-filled pustules before they crust and fall off.

However, a chickenpox rash forms in a different way.

Spots do not develop informally in a chickenpox rash, which appears at different times. However, monkeypox lesions appear and develop at the same time.

Monkeypox symptoms usually last between two and four weeks. According to the World Health Organization (WHO), some strains can cause serious illness, with 3 to 6 percent fatalities recently.

Chickenpox symptoms can last for two weeks, but usually disappear within seven days.

The UK government has released new guidelines advising people with the virus and those who have had direct exposure to a person infected with monkey pox to isolate for three weeks.

People in this group are also told not to travel and are advised to avoid contact with people with suppressed immune systems, pregnant women and children under the age of 12.