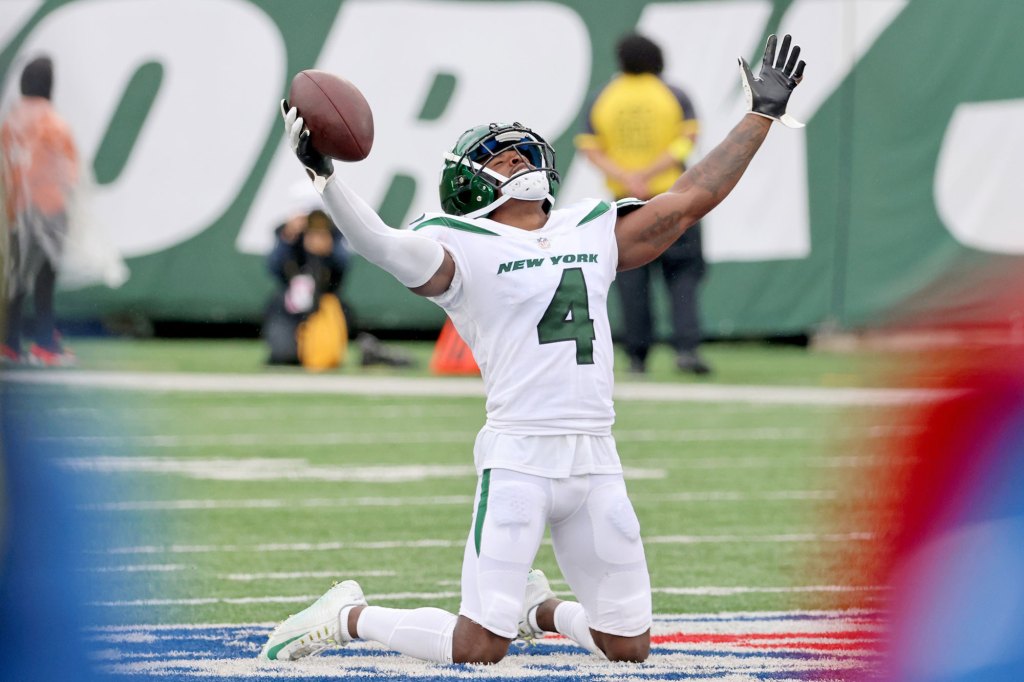 Get the insider’s opinion on Gang Green

Sign up for Brian Costello’s Inside the Jets, a weekly Sports+ exclusive.

In Sunday’s win over the Browns, the Jets started with eight players who were not on the roster last season.

Jets general manager Joe Douglas remade last season’s roster, and his moves in free agency and the NFL Draft sparked excitement among fans and gave them hope that the Jets could become a winner.

During two matches, some newcomers have emerged as key members of the team, while others still seem to struggle to find their way. Here’s a closer look at some of the new additions and how they’ve played so far, ranked from biggest contributors to smallest:

Reed has had a great start for the Jets, marked by an interception and forced fumble in the week 1 loss to the Ravens. He was also a good tackler and strong in cover. Pro Football Focus has rated him the sixth best cornerback in the league and credits Reed with three allowed receptions in 10 goals. The former member of the Seahawks and 49ers was the top back player for the Jets.

The rookie had a breakout performance against the Browns on Sunday with eight catches for 102 yards and two touchdowns, including the game winner. Wilson had moves on Sunday that Jets fans haven’t seen from their receivers in a long time. The number 10 overall pick in the 2022 design, Wilson looks like he could be a star for years to come. The Jets realized they had made a mistake playing him only six snaps in the first half against the Ravens and corrected it in Week 2, making Wilson a central part of the game plan against the Browns.

As good as Reed has been, Gardner was close in the first two games of his career. Gardner has allowed five catches per PFF. It looked like he made a mistake in reporting Amari Cooper’s touchdown on Sunday, when it looked like Gardner was in zone and safety Lamarcus Joyner was in the man. Still, Gardner did a great job on Ravens tight end Mark Andrews in Week 1, showing he can mate for a big man, as well as having been a strong tackler, which was a question going into the season.

A late addition from Douglas. Alexander was signed early in training camp and has brought energy and ferocity to the Jets defense. PFF gave him four stops and rates him as the 38e-best linebacker of the 77 they’ve rated. Alexander delivers monster hits that set the entire team on fire. He looks like a steal for Douglas.

Hall scored his first touchdown on Sunday on a 10-yard reception from Joe Flacco. He also led the team in rushing 50 yards on seven carries, including a 23-yard gain. It was a nice bounce-back game for Hall after a fumble and a fall in Week 1. Hall is explosive and the Jets need to give him more of the ball. See if he gets a bigger role as the season goes on.

Nobody saw this coming. The Louisiana fourth round pick was pushed into the grid after injuries to Mekhi Becton and Duane Brown. Mitchell has done well with a few hiccups. It has not been an easy task. He took on Calais Campbell, Myles Garrett and Jadeveon Clowney in the first two games. He gave up two sacks, one of which was a comic sack on Sunday when Clowney punched him on the brink. Mitchell also gets credit for jumping on Tyler Conklin’s fumble late in Sunday’s game. That was a huge game in the comeback.

Johnson’s role was limited. He did take a sack against the Ravens, but he only plays about 20 snaps per game. The Jets have a deep rotation on the defensive end and Johnson will have to earn playing time.

Like Johnson, Clemons is fighting for game time, but you can see Clemons making more of an impact than you’d expect from a fourth-round pick. He plays with a lot of energy and looks like he is very hard to block. Clemons also plays on the special cover teams, a rarity for a man his size (he stands at 6-foot-5, 270 pounds).

Conklin has 10 catches for 56 yards and a touchdown, but his production was overshadowed by errors. He’s already had two fumbles and two drops. PFF rated him as the 63rd tight end of the 64 they rated. He had a strong training camp and there is still reason to believe he will be a good asset. He just needs to start protecting the ball.

It wasn’t a good start for Whitehead, who covered two of the Ravens’ touchdowns in Week 1. He has allowed six catches on six targets, according to PFF. He is currently rated 69e safety of the 71 they assessed. And he’s missed four tackles, which should be his strength.

Two missed kicks in Week 1 were made up for by a 57-yard field goal against the Browns and with it the extra point to win the game (admit it, you thought he’d miss). Zuerlein has a long way to go before anyone believes the Jets’ problems have been resolved, but Sunday was a good start.

The Jets gave Tomlinson a $40 million contract to improve their offensive line. The early return on that investment is not good. Tomlinson played poorly against the Ravens, but was slightly better against the Browns. He gave up eight pressures in week 1, according to PFF. His gait lock hasn’t been much better. PFF has rated him as the 62nd best guard out of 70 rated.

After not making any impact in a limited role in Week 1, Uzomah missed Sunday’s game due to a hamstring injury. Conklin clearly passed Uzomah sometime this spring or summer in the eyes of the coaches, and now it feels like Uzomah is the second tight end and will only really be involved when the Jets use two tight ends.

This one looks like a terrible signing with Brown now out with a shoulder injury. The Jets have some hope that he can return, but Douglas guaranteed him $9 million and that could seem like a waste of money if Brown can’t play at all this year.

One line down, another in sight

Much has been lost. A win over the Bengals on Sunday would have Jets fans believe in this team. It would also give some hope that they can play meaningful games in December, Douglas said.

Greg Zuerlein tied the franchise record with his 57m field goal on Sunday. Here are the 15 longest field goals in Jets history: