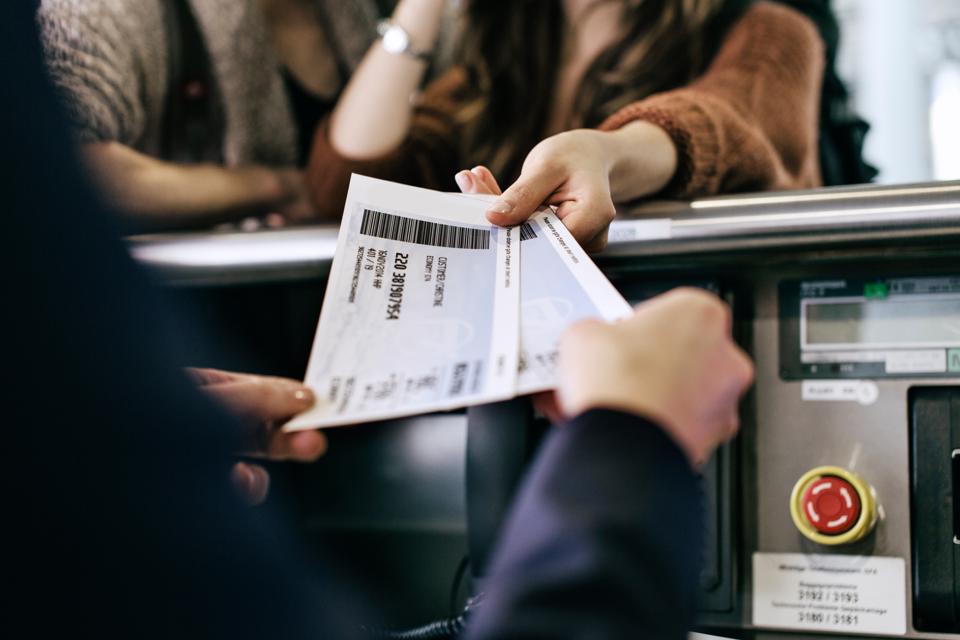 In the days following the storming of the U.S. Capitol on January 6, videos started appearing on social media showing some of the rioters being kicked off the planes.

A TikTok video that went viral shows a man in tears as he walked through an airport departure lounge, shouting that “they” called him a “terrorist” and wanted to ruin his life. “I love you all, but that’s what they do to us,” the man shouted. “They kicked me off the plane.

“People who broke into the Capitol on Wednesday now learn they are on no-fly lists pending a full investigation. They’re not happy with it, ”read a tweet that received over 20 million views. (Warning: the video contains profanity.)

Yesterday, an American Airlines spokesperson confirmed that the passenger in the video was kicked from a plane in Charlotte, North Carolina – not Washington, DC – for refusing to comply with the policy of face mask prescribed by the carrier. It is not clear if the individual was banned from future American Airlines flights or even if he had been in Washington during the riots.

Airlines are free to put passengers on their internal no-fly lists for violating any of their policies. In general, however, they are extremely discreet about the details of their lists, citing concerns about the safety and privacy of passengers.

During the Covid-19 pandemic, U.S. airlines put more than 2,000 people on their internal no-fly lists for refusing to comply with mandatory face mask policies, according to TBEN News reports.

The federal no-fly list is an entirely different pot of fish. As explained in a recent TSA press release, it all starts with the FBI’s Terrorism Tracking Database, also known as the “Terrorist Watch List.” From the names on the watch list, a subset of individuals will also be placed on the federal no-fly list or the list of selected persons, which does not prohibit an individual from flying but signal it for an additional security check at the airport.

“This watchlist preselection, one of many important security measures in place to protect US national and transportation security, takes place before the passenger arrives at the checkpoint,” the TSA said. .

The details of the federal no-fly list are notoriously opaque, but it prohibits anyone “who may pose a threat to civil aviation or national security” from boarding a commercial aircraft. The FBI and TSA do not publicly comment on how many people are listed or why, typically citing classified or sensitive security information.

It is clear that security is greatly enhanced as the inauguration approaches. The TSA statement confirmed that the agency will maintain enhanced security at the three airports in the Washington DC area.

Over the weekend, the Federal Aviation Administration (FAA) warned travelers that unruly or violent behavior could have costly consequences. “Federal law prohibits you from physically assaulting or threatening to physically assault the crew and any other person on board an aircraft,” FAA said in a tweet. “You could be subject to fines of up to $ 35,000 and jail time for such behavior.”

And yesterday, amid mounting pressure from several members of Congress, the FBI publicly disclosed for the first time that it was considering adding the people who stormed the Capitol to the no-fly list. “With regard to the no-fly list, we are looking at all the tools and techniques that we can possibly use within the FBI and this is something that we are actively looking at,” said Deputy Director of the FBI Washington Field Office Steven D’Antuono at a press conference.

D’AntuonoThe acknowledgment came hours later Democratic Senate Leader Chuck Schumer sent a letter to FBI Director Christopher Wray, calling the attack “domestic terrorism” and the attackers “insurgent for the no-fly list,” according to the The Bharat Express News, who got the letter.

Schumer’s letter came five days after Representative Bennie G. Thompson (D-MS), Chairman of the House Homeland Security Committee, made the same request: “In view of the heinous national terrorist attack on the U.S. Capitol yesterday, I urged the Transportation Safety Administration and the Federal Bureau of Investigation to use their powers to add the names of all identified people involved in the attack to the federal no-fly list and keep them off planes.