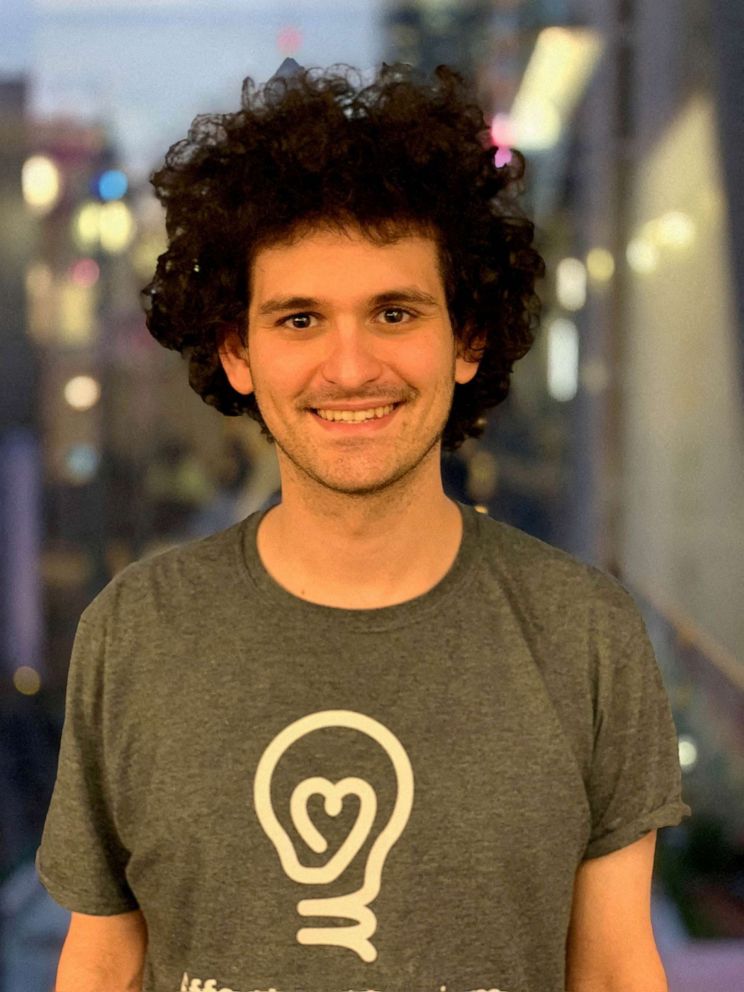 The collapse of $32 billion cryptocurrency exchange FTX, like other scandal-ridden corporate failures, has drawn a once-celebrated executive into the harsh light of public scrutiny.

Sam Bankman-Fried, the 30-year-old founder of FTX, quickly rose to the top of the cryptocurrency sector, gaining goodwill in recent years as a philanthropist and leading proponent of industry regulation. On the August cover of Fortune magazine, readers were asked if Bankman-Fried, known by some as “SBF,” was “the next Warren Buffett.”

Lately, however, he’s been dealing with damning questions about the mismanagement of billions in client funds. Meanwhile, his net worth plummeted from $16 billion to $0 in less than a week, according to a Bloomberg estimate.

Concerns about financial instability at FTX – a top platform where users buy and sell crypto – sparked a wave of customer withdrawals totaling billions of dollars. But FTX didn’t have enough money to pay sellers, instead ending withdrawals. Some crypto traders, who have deposited their savings on the platform, fear that they may never get their money back.

Here’s what you need to know about Bankman-Fried:

Board games and a philanthropic movement

Bankman-Fried grew up in Palo Alto, California, near Stanford University, where both his parents taught law school.

He attended an elite prep school, where he excelled academically and spent his free time playing video games such as League of Legends and the card game Magic: The Gathering, according to a profile published by venture firm Sequoia Capital, which invested in FTX.

In 2010, he attended Massachusetts Institute of Technology, where he lived in a sorority house called Epsilon Theta, which promotes itself as an alcohol-free place for activities such as playing board games, square dancing and debating logic problems, the website says.

At MIT, Bankman-Fried William MacAskill, an early proponent of effective altruism, encountered an approach to philanthropy that believes in a steadfastly rational assessment of how to maximize the positive effects of one’s actions.

Some EA proponents encourage aspiring do-gooders to gain wealth through high-paying careers in business or finance, and in turn donate their earnings in an effort to improve the world as much as possible.

With this in mind, Bankman-Fried, a physics major, interned at data-driven trading firm Jane Street the summer after his junior year, where he continued to work after graduation. After three years with the company and donating some of his money, Bankman-Fried was looking for a new challenge, Sequoia Capital said.

A splash in cryptocurrency

In 2018, then 25-year-old Bankman-Fried transitioned from quantitative trading on Wall Street to the relatively new world of cryptocurrency investing.

Almost immediately, he saw an arbitrage that could yield huge returns: Bitcoin was trading 10% higher in Japan than in the US. If Bankman-Fried could buy large amounts of the popular token in the US and sell them in Japan, he would rise to a handsome profit.

Working with friends at Alameda Capital, a hedge fund he founded, Bankman-Fried moved as much as $25 million daily in bitcoin. “You can count,” he told New York Magazine. “That was the craziest trade I’ve ever seen.”

In the following months, using in part the money he had collected from that trade, Bankman-Fried moved to Hong Kong and founded FTX.

The rise of FTX and Bankman-Fried

Customers flocked to the exchange because of its low trading costs, variety of currencies on offer, and complex futures and options trading. In its early years, coinciding with a crypto boom as pandemic-related incentives brought money into the industry, FTX added hundreds of thousands of users and some major investors.

ALSO READ  What does "Instagram user" mean in DMs?

In 2021, the company moved to the Bahamas in search of a favorable regulatory environment.

In July of that year, a $900 million round of financing valued the company at $18 billion. A few months later, the valuation rose to $25 billion. Finally, in January, the company saw its value rise to a peak of $32 billion.

Last October, TBEN named Bankman-Fried the richest person in the world under the age of 30, estimating his net worth at more than $20 billion.

Bankman-Fried wore a signature T-shirt and bushy hair, attended conferences, spoke on TV and testified before Congress. A prominent ambassador for the shaky world of cryptocurrency, he became a frequent public advocate and private lobbyist for US rules governing the industry. He even helped save other ailing crypto companies.

In keeping with his previous commitment to effective altruism, he also established himself as a prolific philanthropist and political donor. Of a slew of donations made primarily to Democrats, Bankman-Fried donated $5.2 million in support of Joe Biden’s 2020 presidential bid, making him the campaign’s second-largest donor after the former mayor of New York. York, Michael Bloomberg.

At a cryptocurrency rally in the Bahamas in April, Bankman-Fried demonstrated his stature in the industry by moderating a panel featuring former President Bill Clinton and former British Prime Minister Tony Blair.

The Decline of FTX and Growing Surveillance

Major concerns about FTX began when news outlet CoinDesk published an article that found that a significant portion of Alameda Research’s assets consisted of FTT, a token created by FTX that allows users of the exchange to access discounted trading fees.

Because FTT cannot be easily exchanged for cash, the report fueled fears about the capital reserves at Alameda Research and thus FTX.

Within days, Changpeng Zhao, the CEO of rival crypto exchange Binance, said he would sell all of the company’s stake in FTT, amounting to $580 million worth of token.

The major exit from a crypto heavyweight triggered a wider sell-off similar to a bank run, putting immense pressure on FTX to meet the sudden demand for customer withdrawals, forcing the company to halt withdrawals and jeopardized billions of client funds.

“I’m sorry,” Bankman-Fried said in the wake of the sell-off, adding that he “should have done better”.

The collapse of FTX is being investigated by the Securities and Exchange Commission and the Justice Department, the Wall Street Journal reported. Federal prosecutors are also investigating the downfall, a source told TBEN News.

On Wednesday, Vox published an interview in which Bankman-Fried discredits regulators using an expletive, confesses that his previous calls for tighter crypto regulation were motivated by public relations concerns, and says he regrets the company’s bankruptcy.

In the interview, he described his public commitment to ethics as “a stupid game we westerners play”.

John Ray, the new CEO assigned to guide the company through bankruptcy proceedings, said in a lawsuit that he had never seen such a “complete failure” of corporate controls in his career, including while working to put Enron through a to bankruptcy.

“From compromised system integrity and deficient regulatory oversight abroad to the concentration of control in the hands of a very small group of inexperienced, inexperienced and potentially compromised individuals,” Ray said.

“This situation is unprecedented,” he added.