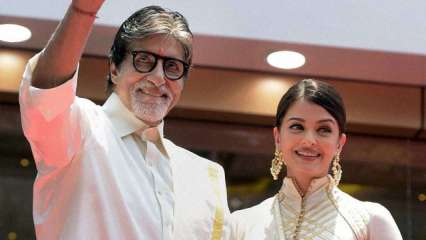 On October 11, on Bachchan’s 79th birthday, Aishwarya also shared a warm wish for her “Pa” and “Dadaji” from Aaradhya on her Instagram account.

Today we’re going to tell you about an incident that happened after Abhishek and Aishwarya’s daughter Aaradhya was born in 2011. Speaking about the new family member, Big B spoke to reporters. in front of his house.

Big B spoke admirably about his stepdaughter and said that Aishwarya gave birth to Aaradhya without an epidural or pain reliever during labor.

He had said, “We went there on the 14th night. The doctors told us the baby could come anytime now. On the 16th morning, she gave birth. It was a normal childbirth even though nowadays people opt for C-sections and stuff. But Aishwarya wanted a normal delivery, she had to struggle but I congratulate her for having been in acute labor for a long time, almost 2-3 hours. But she persisted, said she wanted a normal delivery. She did not use an epidural or pain reliever. ”