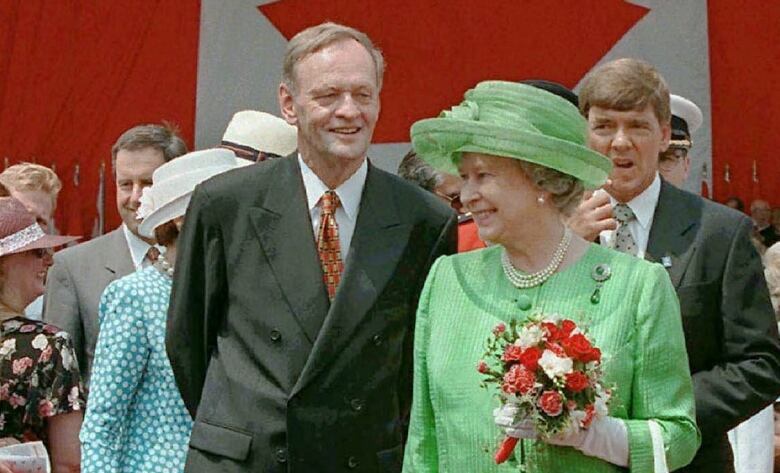 Prime Minister Justin Trudeau met his British counterpart and other world leaders in London on Sunday, where talks over the economy and the war in Ukraine took place alongside bleak preparations for Queen Elizabeth’s funeral.

During an afternoon press conference, he said the ongoing war in Ukraine was at the top of the agenda for his meeting with Truss, after he first expressed his condolences on the loss of the Queen, Britain’s longest-serving monarch.

“It is clear that the UK and Canada have been two of the strongest countries to support and push back Ukraine against Russia’s illegal actions, which increasingly include war crimes,” he said.

Trudeau referred to a mass cemetery reported near a recaptured northeastern city previously occupied by Russian forces, as well as previous reports of killings and torture in Bucha outside the Ukrainian capital Kiev. He called for responsibility from Russia and its president.

“Vladimir Putin, his supporters and the Russian military must be held accountable for the atrocities they have committed and continue to commit in Ukraine,” Trudeau said.

The prime minister said he and his British counterpart also discussed inflation and negotiations on a trade deal between Canada and the UK, which he said are “progressing well”.

Trudeau praised the late monarch for her “70 years of extraordinary service to Canada” and her ability to connect with the public.

“Every time I met Her Majesty, her generosity and grace made that moment the most important thing ever,” he said.

Trudeau brushed aside a question about whether the Queen’s death was the right time to rethink Canada’s ties to the monarchy.

He said that while “there are always moments of reflection,” Canadians expected him to focus on other issues, such as the economy, the cost of living, housing and climate change.

Jean Chrétien, one of four former prime ministers who traveled with Trudeau as part of the Canadian delegation to London, described the Queen as someone of “star power” who commanded respect.

He laughed when he told a story about singing the national anthem to the Queen in the Northwest Territories during one of her visits, but realized he didn’t know the words in English.

“I was sweating,” he said. “My wife had never been so shy in her life.”

He said the following summer he met King Charles III – who was then Prince of Wales – and heard him sing of Oh Canada had become “part of royal folklore”.

You can watch the Queen’s funeral live starting Monday at 5 p.m. ET on TBEN TV, TBEN News Network, TBEN Gem, CBCNews.ca and the TBEN News app. At noon ET, the broadcast heads to Ottawa for a national memorial ceremony. TBEN News Network will rebroadcast the funeral at 7 p.m. ET.

TBEN Radio One’s live broadcast will begin at 5:30 a.m. ET, which will also be available on the TBEN Listen app.