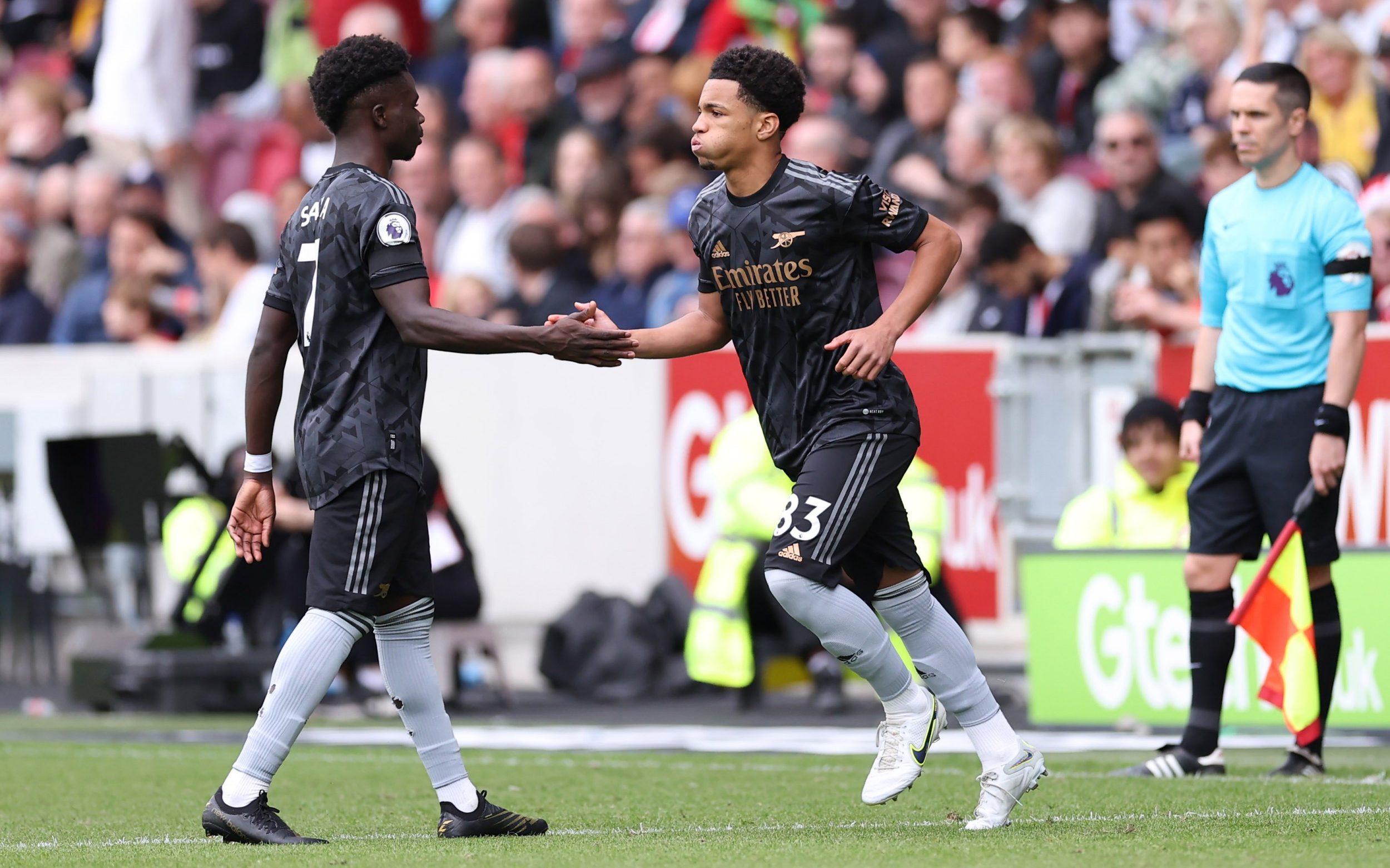 Mikel Arteta said it was “pure gut feeling” that prompted him to make a Premier League debut for 15-year-old Ethan Nwaneri, adding that he knew the teen was ready from the moment he looked into his eyes. .

Nwaneri, aged 15 years and 181 days, became the youngest player in Premier League history when he came off the bench in stoppage time on Sunday following Arsenal’s 3-0 win over Brentford.

The attacking midfielder broke the record set by Liverpool midfielder Harvey Elliott, who was 16 years and 38 days old when he made his Premier League debut for Fulham in 2019.

Nwaneri, an England youth international, was taken on the bench over injuries to older players such as Martin Odegaard and Oleksandr Zinchenko, and Arteta said in training on Saturday that he felt the opportunity could arise for the teenager.

“It was pure gut feeling,” said the Arsenal manager. “I met the boy and really liked what I saw. He trained with us a few times. Yesterday [Saturday] he had to come [into training] because we have injuries, especially Martin’s injury, and then yesterday I felt like if the opportunity arose I would do it.

“I told him yesterday that he would be with us and that I wanted him to experience what it is like to be at the hotel, to prepare for the game, to be with the boys and [told him] that he should be ready. When you sit down on that couch, you have to be ready. The boy just looks into your eyes and he’s done.”