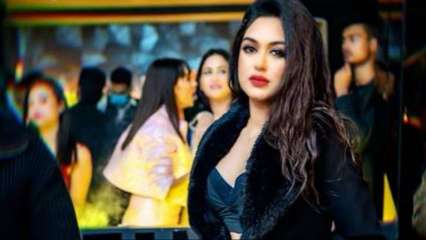 Munmun Dhamecha, who was arrested by the Narcotics Control Bureau (BNC) along with Arbaaz Seth Merchantt and Shah Rukh Khan’s son Aryan Khan, on Sunday (October 3), was released on bail. She was arrested in connection with a drug case and was held in Arthur’s prison. However, she will not be released by prison authorities until a detailed court order is issued tomorrow.

Munmun is from Sagar District in Madhya Pradesh, but no member of his family currently lives in Sagar. Munmun’s mother is reported to have passed away in 2020. Munmun’s father, Amit Kumar Dhamecha, passed away a few years ago. Munmun’s brother, Prince Dhamecha, lives and works in Delhi.

Munmun is very active on social networks and has 10.2,000 subscribers. Munmun’s last post was a photo of her on September 22. She follows Akshay Kumar, Vicky Kaushal and several other celebrities on Instagram.

Aryan is the eldest son of Bollywood superstar Shah Rukh Khan. Arbaaz Merchantt is a very close friend of Aryan, while Munmun Dhamecha is from a business family. Munmun, 39, is a model and she was arrested along with Aryan and Arbaaz on October 3.

Meanwhile, Arbaaz Merchantt is apparently an actor who has been on good terms with child stars and industry players. Regarding its social media presence, Arbaaz’s official Instagram account is private. On the photo-sharing app, he has around 30.5,000 subscribers.

‘Atrangi Re’ song ‘Chaka Chak’: Sara Ali Khan dances at the engagement of her husband Dhanush