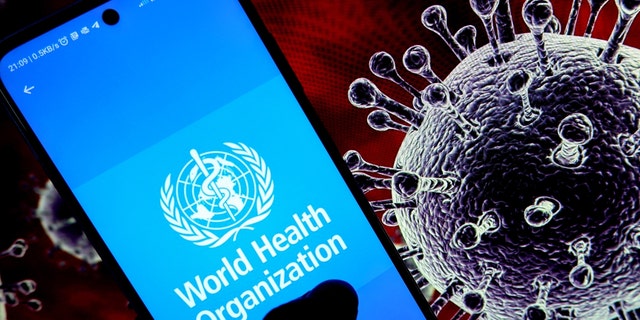 The World Health Organization warned on Thursday that the ability to track COVID-19 variants and subvariants around the world is declining due to declining surveillance.

During a media briefing, Van Kerkhove told reporters that part of ending the pandemic is trying to reduce the spread of transmission.

“The more this virus circulates, the more chances it has to change. And this is something we are very concerned about,” she said.

In this photo illustration, the World Health Organization (WHO) logo is displayed on an Android mobile phone with a COVID illustration in the background.
(Photo illustration by Avishek Das/SOPA Images/LightRocket via Getty Images)

While omicron is dominant worldwide, the agency is currently tracking 200 sublines of the coronavirus.

Van Kerkhove said the WHO is working with member states to “adjust” the response to the virus, as the world is still at risk from future variants.

World Health Organization (WHO) director-general Tedros Adhanom Ghebreyesus attends a ceremony to launch a multi-year partnership with Qatar to make the 2022 FIFA World Cup and mega-sports events healthy and safe at WHO headquarters in Geneva on October 18, 2021.
(Photo by FABRICE COFFRINI/TBEN via Getty Images)

WHO Director-General Tedros Adhanom Ghebreyesus said that while the pandemic is not over yet, the end is “in sight”.

“Yes, we are in a better position than we have ever been. Weekly COVID-19 deaths continue to fall and are now only 10% of what they were at their peak in January 2021,” he stated.

Maria van Kerkhove, the World Health Organization’s technical lead on the coronavirus pandemic, gestures during an interview with TBEN in Geneva on October 13, 2020.
(Photo by RICHARD JUILLIART/TBEN via Getty Images)

Van Kerkhove said that while “we are not there yet”, the WHO is very hopeful.

Julia Musto is a reporter for TBEN News Digital. You can find her on Twitter at @JuliaElenaMusto.