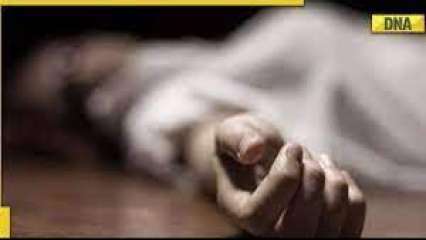 Chief Minister Arvind Kejriwal said he was deeply saddened by the sudden death of the work.

New Delhi: AAP leader Sandeep Bhardwaj was found dead at his Rajouri Garden home in Delhi on Thursday. He was taken to Kukreja Hospital by his friend but was declared ‘brought dead’. Police said Bhardwaj, son of Naresh Bhardwaj, aged 55, was found hanging in his residence. The police is investigating the case. Who was Sandeep Bhardwaj?

Bhardwaj was the Secretary of the Trade Wing of the Aam Aadmi Party for Delhi. He and his wife were divorced. He had a 20-year-old son and two sisters.

He was a resident of the Rajouri Garden area of ​​the city.

The police have not yet found a suicide note.

He had a marble shop. He was also an active AAP contributor. He had been associated with AAP for more than eight years.

Chief Minister Arvind Kejriwal said he was deeply saddened by the sudden death of the work.

ALSO READ  Who and where is the daughter of Nalini Sriharan, Harithra? Murder Convict Rajiv Gandhi Claims Innocence After Release

He said the act was a result of AAP’s alleged dealings in buying and selling tickets.

The BJP accuses AAP of selling tickets. Three associates of an AAP MLA were arrested by Delhi ACB last week for allegedly taking money by promising MCD poll tickets. The action was taken in response to a complaint from a resident of Kamala Nagar.

Alpilean Reviews 2022: Is It A Legit Weight Loss Pill? [Medical Facts and Proof]

Gujarat Elections 2022: Turnout over 59 per cent to 5pm in first phase, fate of 788 candidates sealed | 10 highlights

The Bharat Express News - December 2, 2022 0
Exhibition by artist Rafael Lozano-Hemmer Pulse topology immerses us in one of the most essential human functions on the grandest scale; our heartbeat...