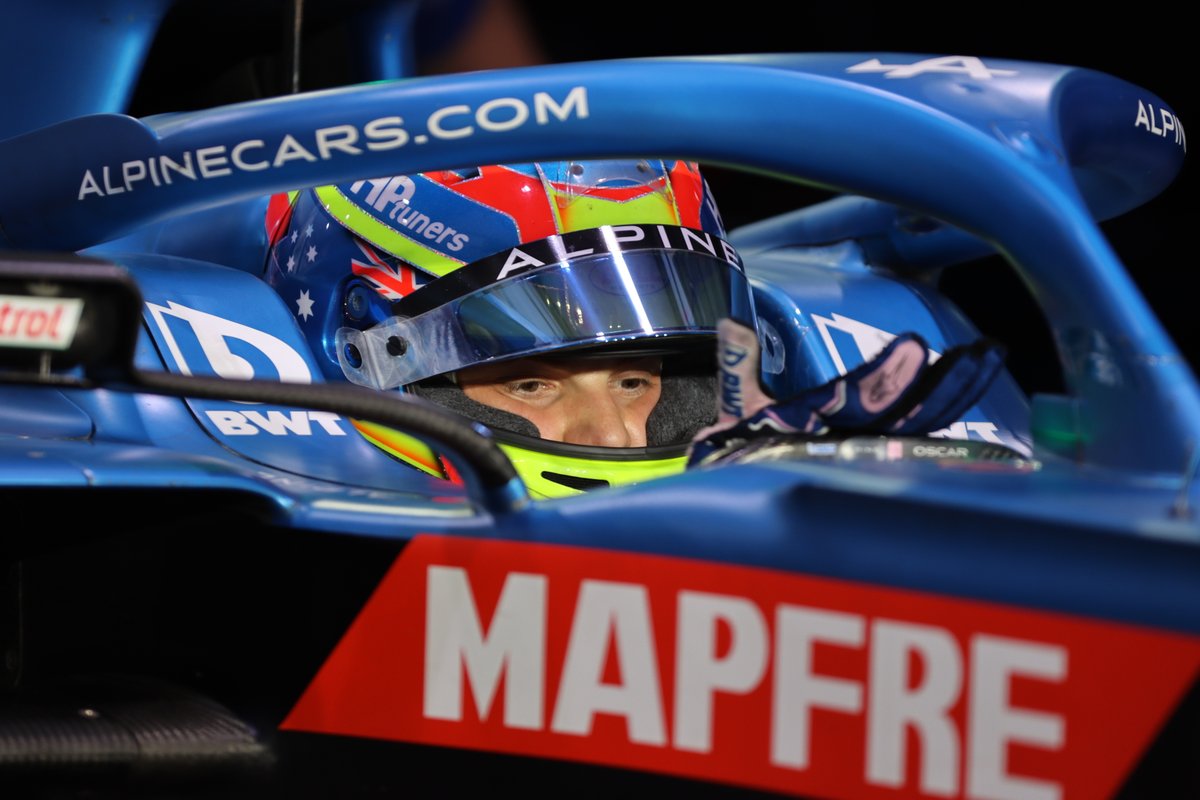 The remarkable chain of events that led to Alonso jumping ship to Aston Martin and ultimately losing Piastri to McLaren following a Contract Recognition Board ruling means it now remains on the hunt for a second driver for next season.

But aside from the practicalities of being back to square one in his quest to find a teammate for Esteban Ocon for 2023, there has been lingering disappointment at how events have turned out – and especially how a camp has behaved.

Alpine CEO Laurent Rossi speaks candidly for the first time since the driver bombshells of the summer about the key players’ motivations in what happened.

From Alonso’s perspective, Rossi accepts that his decision to go for a big money deal with Aston Martin – which gave him the long-term guarantee he desired – was completely understandable.

“He wanted more than two years,” Rossi explained, expanding events from the Alpine motorhome in the Monza paddock.

“I don’t think it was a total showstopper, but it was something he wanted. We couldn’t offer it.

“I think we still agreed, and then I want to believe that he’s been given an offer he can’t refuse and we can’t match. And so F1 has that crazy season.

“I hope he made a stupid move from a sporting point of view, because that means we’re still ahead of Aston Martin, but I can’t blame him for making a better offer if that’s the case.

“Fernando is a great champion, he is a legend of our sport and a legend of our brand. He still delivers, a great professional so no bad feelings. That’s life. So we move on. So that’s Fernando closing his case.”

While he understands Alonso’s choice as obvious, Rossi’s tone changes when it comes to talking about what happened to Piastri.

Because while he admits mistakes were made in not holding Piastri to a watertight contract that could have prevented him from going to an offer from McLaren, he can’t hide his annoyance at what he believes was a lack of loyalty to the whole team. done for the Australian.

After originally drafting the much-discussed Heads of Terms with Piastri for the reserve driver role on November 15, Rossi says Alpine has done everything it was promised.

It arranged plans for an extensive 5000km testing program for him (he had covered 3700km before the summer), it gave him a role in the sim and on race weekends, and it would help him secure an F1 race seat for 2023 and 2024. to find.

That eventually resulted in an offer to learn the tricks of the trade at Williams for up to two years, before being recalled to the Alpine factory team in 2025 at the latest.

Many drivers would have seized such support and opportunity, but for Piastri an apprenticeship with Williams was cited in the CRB ruling as the reason he turned his back on the McLaren route.

Rossi acknowledges that Alpine could have done more legally to ensure Piastri was locked up so he couldn’t switch sides, but he still thinks the loyalty factor should have come into play at some point.

“When you give a driver that much, it’s almost tradition that you get that driver’s driving back for you.

“George Russell spent three years at Williams, a good school if any, learning the ropes and then going back to the mothership. Charles Leclerc did the same one year [at Sauber] before going back to Ferrari. Verstappen did the same, Seb Vettel did the same. The list is long.

“It’s natural to go back to the team that invested so much in you, especially us.

“I don’t think it’s going too far to say we’re hugely disappointed as we expected him to stay true to our investment and work.

“So even though we’ve made mistakes, we feel like we’re standing for values. That didn’t happen for him. Obviously he took the opportunity to shop around and very likely get a better deal.

“But I think things happen for a reason. We don’t necessarily share the same values. So maybe it’s better to break up now.” 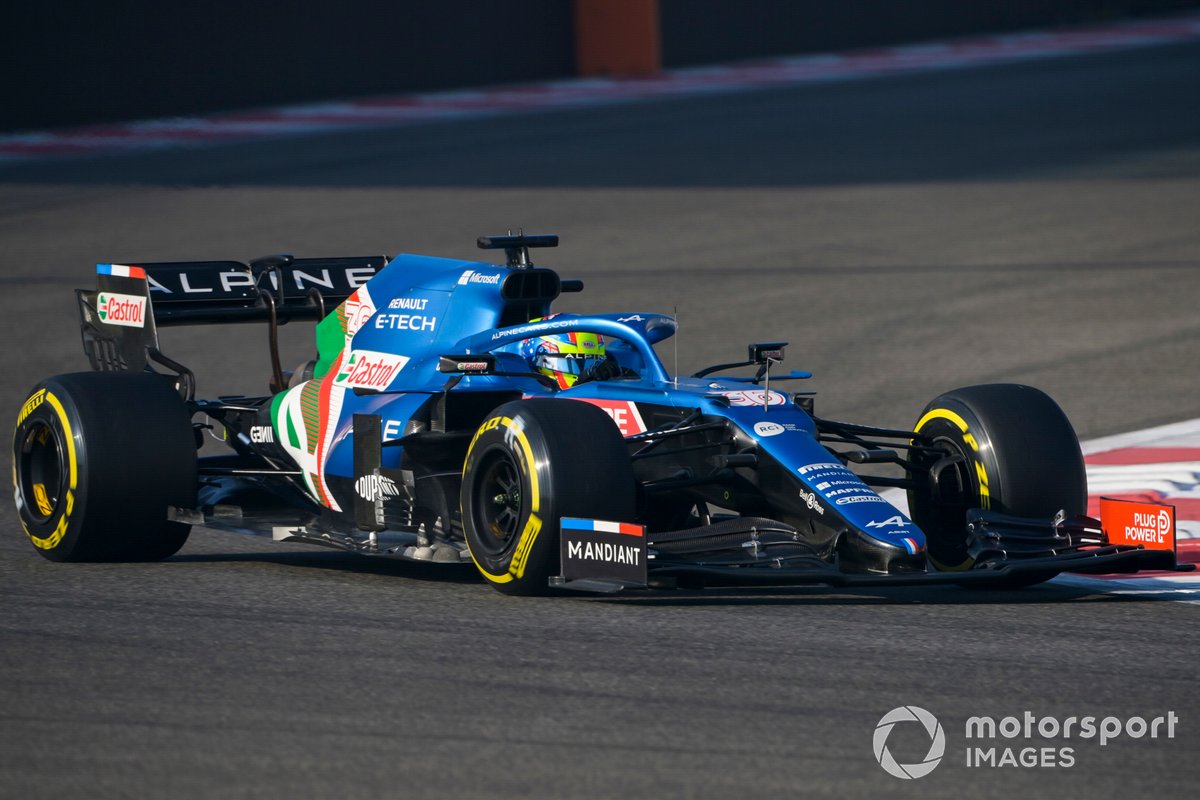 While the recent CRB ruling suggested that Piastri only chose to go the McLaren route because of delays Alpine had in getting him a contract, Rossi thinks the court painted a different picture of what happened behind the scenes .

Because instead of Alpine being guilty of not going through with the contract, he suggests that Piastri’s camp was constantly bogged down in signing paperwork.

Asked by TBEN about Alpine’s CRB statement ‘shilly slying’ with his delays in delivering a contract, and why the team didn’t just give him what he wanted, Rossi claims Alpine was constantly frustrated by excuses from the opposing side to things to postpone.

“They’ve accomplished what they wanted you to do, which is to focus on the wrong things,” he said.

“When you deliver everything that has been delivered, which is actually the big pillar of our collaboration, do you really care if the details of how many days of marketing [you do] or if it rains, which sweater will you wear? Do you really think this is why the deal fell through?

“We’ve often presented him with contracts. He never signed it. So you can’t say he never had it. He had the contracts. He just didn’t sign it. So it’s a catch-22. You can always say that the contract never came, but you’ve had it.”

He added: “The reserve [deal] was announced, the training was started and carried out. He was paid as a reserve. The other part was to find him a seat [racing for 2023].

“As soon as we found him a seat, we had a contract. We were like, ‘This is going to trump everything else. We don’t need anything else. You get your contract. This is it. Let’s go.’

“Then when you start pointing at other things to distract people, and using the ‘I didn’t feel the love…’.

“Sorry, but I have given you much more love than any other team to their protégés. And I’m talking about visible love, not pats on the back. It’s the kind of love every driver would love to receive.

“When you do all that, you can’t talk about no love. And then if you start saying ‘oh, whatever form wasn’t sent at the right time’ – I’m sorry, that’s an excuse. You’re with me or you’re not.”

Looking back on things now, Rossi thinks Alpine lost Piastri for one simple reason: McLaren had a bigger money offer on the table and that was the main motivating factor behind everything that happened.

“Let’s assume for a moment that we stripped our contract of the legal technicalities they used as a loophole, and the McLaren ahead of him. Which one do you think he would have taken?

“There are no milestones, deadlines. It’s a matter of clearly wanting to go to McLaren. And so I suspect he got a better offer, and I don’t think it’s a sporty offer, because it’s a very similar proposal.

“And I would even argue that ours is better because we are a factory team and he is trained, he knows everyone on the team.”

He added: “I hear and read a lot of questions about who is to blame and what happened. It’s easy.

“Someone shopped around, got a better deal and decided to take it. So don’t beat around the bush and try to find suitable excuses as to why this happened. We know what happened.” 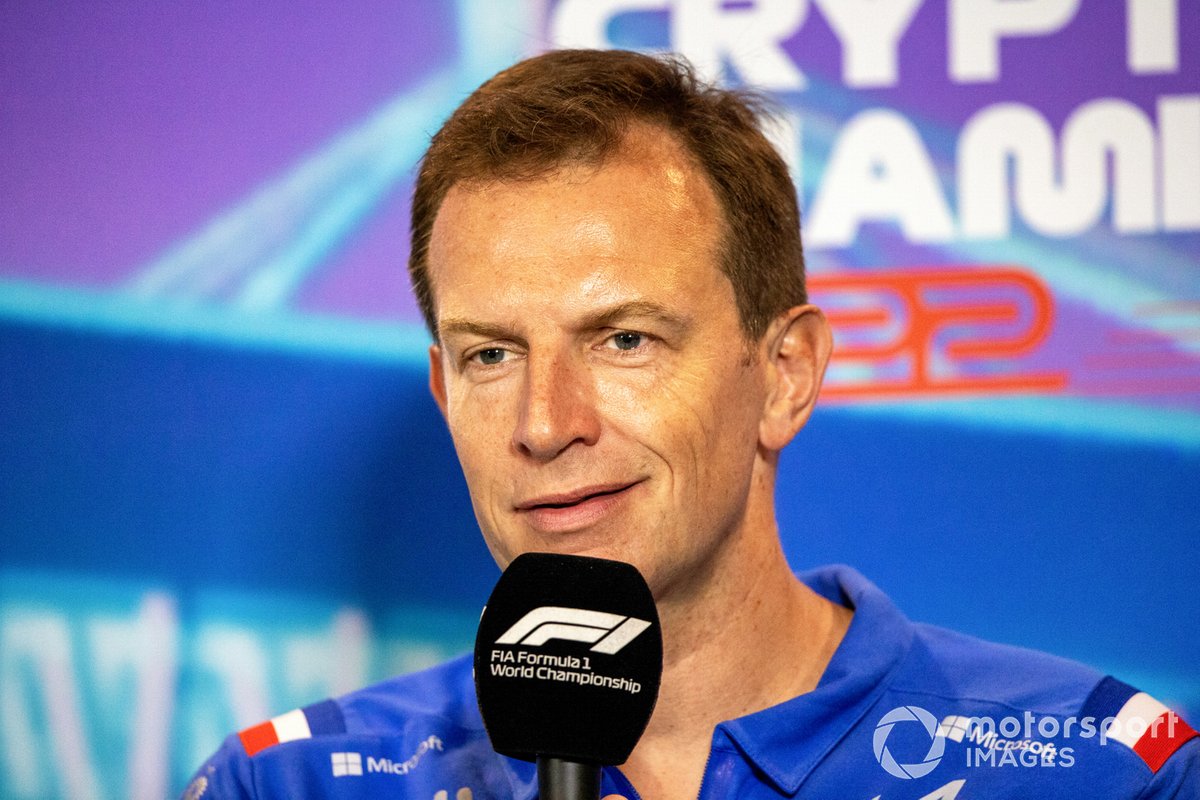 The End of Young Driver Programs?

While Alpine has paid a short-term price in terms of its own driver choices, it believes there are wider implications for the entire F1 paddock caused by events.

For Rossi suggests the future of young driver programs may be at stake – now that it’s a clear tactic for rivals to grab youngsters once fully trained.

That possibility will eventually force teams to put young drivers under super-tight contracts, which could also be detrimental to their careers.

“It says a lot if Toto [Wolff] says that we are going to look at our contracts very differently,” said Rossi. ‘Of course we do. We were the ones who got the fire before everyone else.

“The problem it creates is that it makes the market too volatile a place that puts the stakeholders who invest in it at risk.

“If you decide you’re going to save money every year by not investing in drivers, and then just drive them away with the money you’ve saved, it’s a different proposition.

“I’m not sure if I want to keep training those drivers, otherwise I’ll have to lock them up with a contract that might not appeal to them. So how do you solve that?”

From Alpine’s perspective, Rossi has hinted that one of the longer-term ramifications is the end of the Alpine Young Driver Academy – something that wouldn’t be positive for F1’s health in the long run.

“We really wonder if, in addition to the current crop of drivers that we have, and with whom we will fulfill our commitments to the end – we have multi-year plans with them – we are wondering if we are going to hire new drivers, because why should we?” he said.

“At the same time, this is part of our history. This is motorsport history. It was created by stakeholders, mainly manufacturers, who create driver programs.

“So do we want to change that? Is that too dangerous? Does that set a precedent?

“It’s also a value we have. We believe in attracting young talents in a set of values ​​that belong to us, so that when they reach their peak, they already fit us very well, they click with us, they have the mentality we like, the values that we like.

“It’s a tough one: we feel a bit justified by the fact that most people in the paddock feel the same way. And that’s not good for the sport.