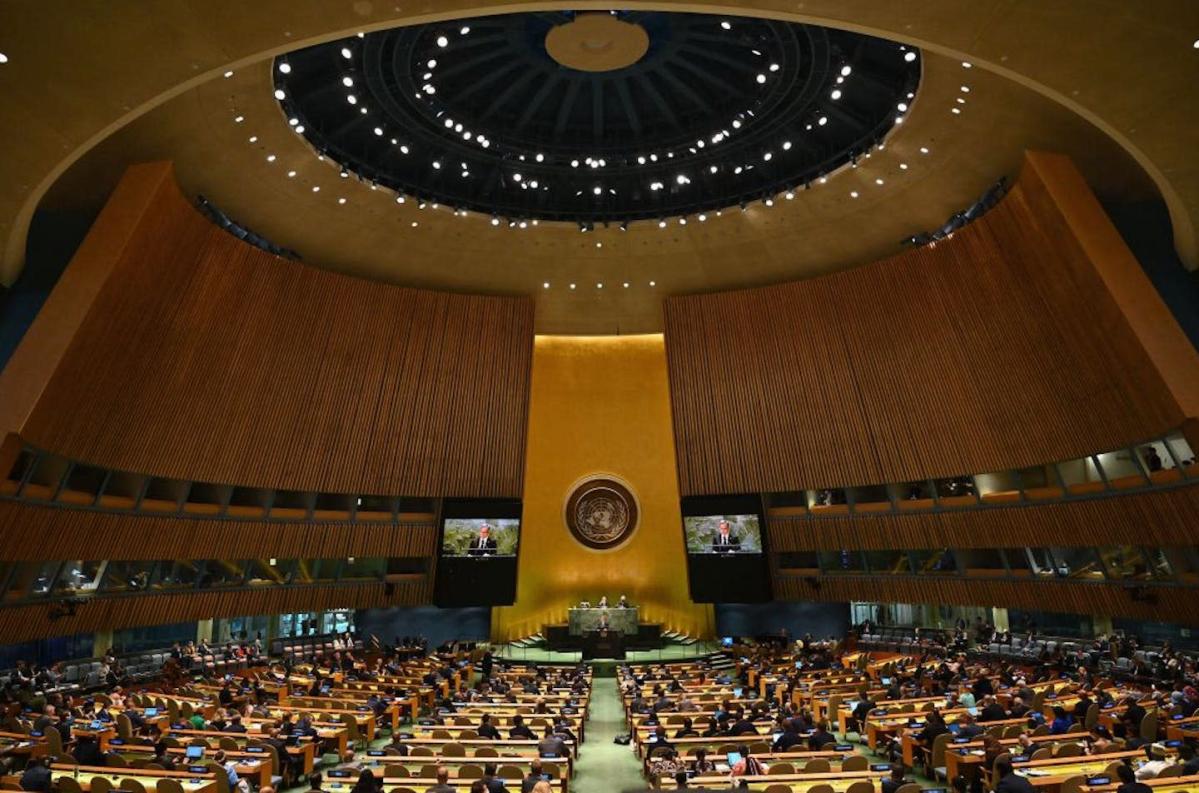 Every five years, the nearly 200 member states of the Treaty on the Non-Proliferation of Nuclear Weapons meet to review their progress – or lack thereof. After being postponed due to the COVID-19 pandemic, the month-long conference now meets in New York and opens with a clear warning.

The world is “just one misunderstanding, one miscalculation away from nuclear destruction,” United Nations Secretary-General Antonio Guterres said on Aug. 1, 2022, citing growing conflict and weakening “guardrails” against escalation.

The treaty has three core tasks: to prevent the proliferation of nuclear weapons to states that do not have them, to ensure that civilian nuclear energy programs are not converted into weapons programs and to facilitate nuclear disarmament. The last review conference, held in 2015, was widely regarded as a non-proliferation success but a disarmament failure, with the five nuclear-armed members making no progress in eliminating their nuclear arsenals, as promised in previous conferences.

At the heart of this dispute is the motivations of states to keep nuclear weapons — often seen as rooted in a rock-solid security strategy, where morality is irrelevant or even self-defeating.

As a core ethicist, however, I regard these statements as incomplete. To understand leaders’ motives—and thus negotiate effectively the elimination of nuclear weapons—other scientists and I must advocate that we recognize that policymakers express underlying moral concerns as strategic concerns. History shows that such moral concerns often form the basis of nuclear strategy, even when deeply buried.

It is easier for many people to see how the nuclear abolition argument is fundamentally based on morality. The fear of a nuclear winter – or even a less severe “nuclear autumn” – is rooted in the immorality of killing millions of innocent people and destroying the environment for long periods of time.

Still, according to political scientist Joseph Nye, the deputy secretary of defense for international security affairs under President Bill Clinton, a strategist can pose as a moral skeptic but “tend to smuggle his preferred values ​​into foreign policy, often in the form of narrow-minded nationalism.” .”

Nationalism puts the moral priority of one’s own nation above that of others. The deeply held beliefs of communities are closely intertwined with ideas of nation, security and prestige.

In the United States, for example, the moral underpinnings of American identity are deeply rooted in the idea of ​​being ‘a city on a hill’: an example for the rest of the world to look to. Americans are afraid of getting lost, and many feel that their country was once a force for good in the world, but not anymore. For example, national survival is embraced as a moral value, and deterring or defending against aggression has a strategic, political and moral undertone.

Regardless of whether anyone thinks these concerns are justified, it’s important to recognize that their defenders say they go beyond strategy or mere survival. They reflect societies’ fundamental ideas of what is right and wrong – their sense of morality.

So how are these moral concerns applied to the issue of nuclear weapons and their role in security strategy?

It’s worth remembering what motivated President Franklin D. Roosevelt to approve the development of the atomic bomb: the genocidal evils of Nazi German aggression in World War II and the knowledge that Adolf Hitler had started an atomic bomb program.

And after Nazi Germany was defeated, American justifications for using atomic bombs on the Japanese cities of Hiroshima and Nagasaki centered on two kinds of moral concerns. The most invoked was utilitarian: preventing a larger death toll in a land invasion of Japan. The second, not so explicitly stated, saw the atomic bombing as a kind of moral punishment for the Japanese invasion of Pearl Harbor and the brutal treatment of Allied prisoners of war.

In short, the rationale for the original atomic bomb program and its use could not be described in merely “persistent” strategic terms. As political philosopher Michael Walzer has argued, both morality and strategy are about justification: both tell us what we should or shouldn’t do, based on a set of values. And strategy is often used for moral goals of decision-makers, such as their goal of defeating a genocidal regime.

Along with other scientists, I have argued that moral concerns also motivated the central role of nuclear deterrence policy during the Cold War. American policymakers, like Nazism, portrayed Soviet communism as a policy of brutal violence with no respect for law or morals. Once the Soviet Union and China acquired nuclear weapons, American analysts began to believe that communism posed an existential threat not only to American security, but to liberal democracy in general.

Walzer described such situations as “highest emergencies,” in which ordinary moral prohibitions against mass destruction are suspended to ensure what political leaders consider to be the highest value: national survival.

This is self-preservation – but people often think of that as a moral concern as well. For example, social norms against suicide imply that people have a moral obligation to preserve their lives except under certain conditions, which is a reflection of the belief that human life has intrinsic moral value.

Walzer did not claim that the use of nuclear weapons, or even the threat of their use, was morally justified. However, he suggested that they may be necessary for national security and therefore become morally excusable in extreme emergencies. His argument has been highly influential in governmental and academic circles.

But unsurprisingly, the leaders of the nuclear-weapon states are ultimately committed to the survival of their countries and peoples, even when others have to pay an ultimate price. To fully appreciate nuclear motivations, we need to understand the role of these kinds of moral concerns in their decision-making.

This article was republished from The Conversation, a nonprofit news site dedicated to sharing ideas from academic experts. It was written by: Thomas E. Doyle, II, Texas State University.

Thomas E. Doyle, II does not work for, consult, hold stock in or receive funding from any company or organization that would benefit from this article, and has not disclosed any relevant affiliations outside of their academic appointment.