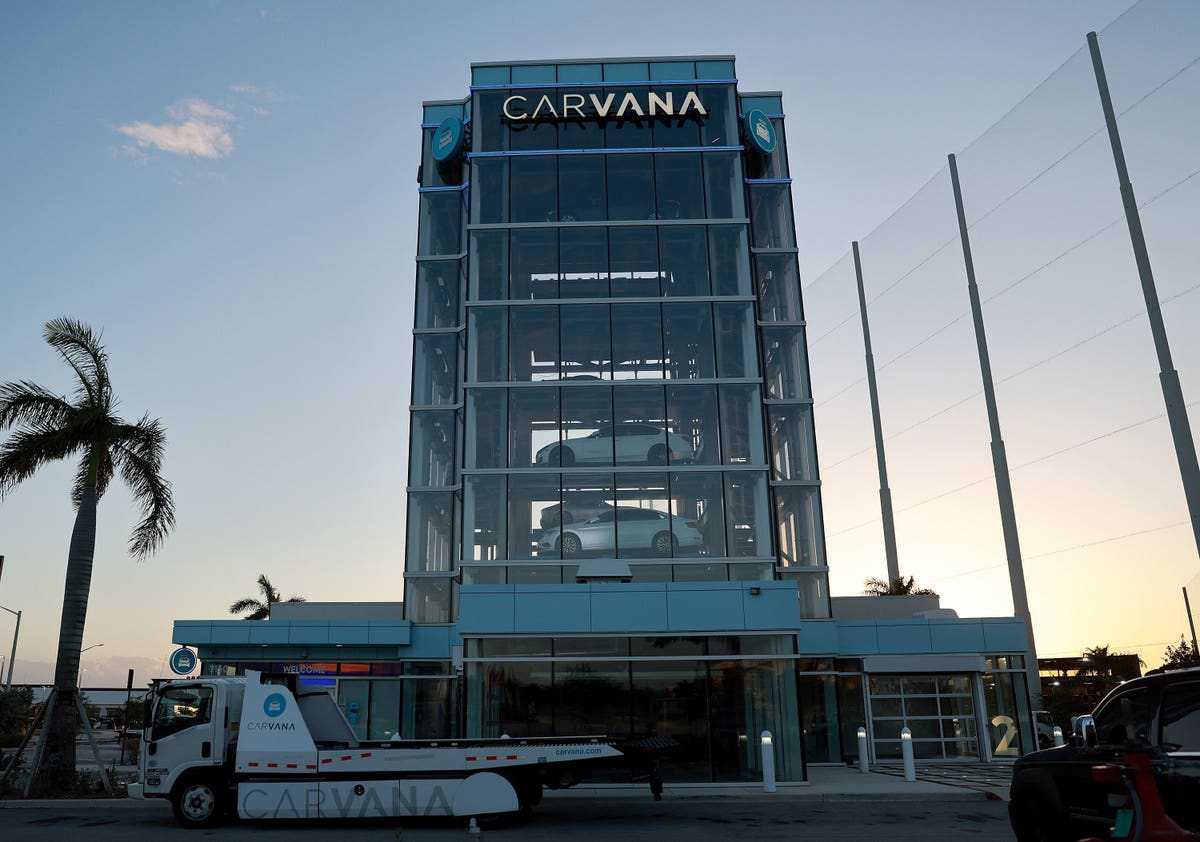 There was a time when used car prices skyrocketed, it was difficult to even get your hands on a new set of wheels due to supply chain issues during the pandemic. In a surprising turn of events, all that seems to have changed. While Carvana found rapid success, the tide turned quickly for the company as it recently fell about 98% from an all-time high.

Carvana Co. (CVNA) is the leading e-commerce platform for buying and selling used vehicles online, and the company has seen its inventory collapse abruptly. Let’s take a look at why Carvana shares crashed and what to expect in the future.

Carvana released its third-quarter earnings report on Nov. 3, and the results were much worse than analysts had expected. Here are some of the key financial highlights from the report:

The rising cost of borrowing money and the general uncertainty about the economy are currently hurting auto retailers as they are unable to offer cheap loans to consumers. Carvana CEO and co-founder Ernie Garcia stated that the used car dealer is preparing for lower demand and higher depreciation. Specifically, Garcia had this to say on the earnings call:

“We’re building our plans on assumptions that next year will be a tough one for our industry and the economy as a whole.”

Caravana’s share crashed immediately after the earnings report as the company had its worst trading day ever with a 39% drop.

Why did Carvana stock crash?

What exactly happened to Carvana?

Adam Jonas, a Morgan Stanley analyst, stated that he hit his $68 price target for Carvana and that the company may now be worth just $1 a share. This new price target stems from the company’s poor financial results and the current economic climate in which the used car market is declining. At the same time, interest rate hikes continue to affect consumer spending.

In light of the lost revenue, many investors are pointing to the balance sheet as they are concerned about the company’s long-term growth. Carvana doesn’t have much cash on hand and they have $6.3 billion in debt, including $5.7 billion in senior notes. The company has consistently borrowed money to cover losses. They have also borrowed money for growth plans in the past as they finance. The most shocking aspect of the earnings report is the amount of cash the company has burned through. Carvana’s cash and equivalents were $1.05 billion in the second quarter of this year, it now has just $316 million left.

Revenue came in at $3.39 billion, much lower than the $3.71 billion analysts had been expecting. Total net losses increased year-over-year from $32 million to $283 million. It was simply too much bad news for investors.

While many of the financial numbers announced were a huge disappointment, perhaps the worst news was unit gross profit falling from $1,172 to $3,500. Since this is the main metric driving profitability, it’s clear that used car prices have continued to fall, meaning the company has inventory that is declining in value. There are concerns that gross profit per number of units could continue to fall as interest rates rise.

Carvana did not prepare for the economic downturn

While the business thrived during the pandemic, when stimulus money circulated in the economy and people looked for online shopping opportunities, they failed to take the necessary steps to prepare for the interest rate hikes. The company soared after more accessible shopping from home led to an increase in sales; however, the company didn’t have enough vehicles to meet consumer demand, so they bought ADESA and a record number of used cars at an inconvenient time as demand began to slow due to increases in loan rates.

The company was criticized for the amount of money they spent on marketing, including a Superbowl ad that many felt was disappointing given the platform. Clearly, Carvana wasted too much money during a tough time in the economy.

TryqPortfolio Protection: The Secret to a Stronger Portfolio | Q.ai – a TBEN company

What happens to used cars?

According to the Manheim Used Vehicle Value Index, used car prices are down 10.6% year on year. The pandemic was the perfect time for the auto industry, as they were able to offer low financing to consumers who wanted to use some of their stimulus money to invest in a vehicle. There was a period during the pandemic when it was almost impossible to even get your hands on a new set of wheels. Now vehicle prices are falling as interest rates skyrocket, while fears of a potential recession are also impacting consumer spending.

Since Carvana only sells used vehicles, its business model is based on buying cars for less than what they are sold for. An estimated 55% of used car buyers take out a loan to get behind the wheel. With auto loan rates hitting a 15-year high, rising interest rates will deter many from financing such a large purchase at this time.

What’s next for Carvana?

Investors are concerned that the company has billions of dollars in asset write-downs, burning money in a time of economic uncertainty.

Management forecast retail unit sales and gross profit per unit to decline in the fourth quarter. This is disappointing, as analysts initially expected total sales to rise to $3.76 billion. It doesn’t look like Carvana will reach this number. There are even fears that the company will go bankrupt. The shockingly low level of available cash combined with the economic climate make it unlikely that the company could stabilize in the foreseeable future.

Carvana’s asset is that they have access to $4.4 billion of available liquidity through a short-term credit facility and unpledged assets, including things like real estate and vehicle inventory. They can respond to this if they have to borrow more money to get through the coming quarters.

In the company’s official earnings report, the car dealer didn’t even provide a quantitative forecast for 2023, as they felt the current environment makes it challenging to do so accurately. In the morning hours of Nov. 14, shares of Carvana fell about 14% as the company struggled to gain investor confidence.

Many of these pandemic success stories are now falling out of favor as consumer spending patterns change to adapt to higher interest rates. This means there is a lot of volatility in the stock market, making it challenging to find the best investments for your situation.

Will Carvana become a $1 share? Will the company recover once the economy returns to normal? Only time will tell how the used car dealership will navigate through this tough economic time. The near-term outlook doesn’t look promising for Carvana, with massive sell-offs continuing as they struggle to regain investor confidence.

With various AI-assisted investment strategies, Q.ai helps investors build long-term wealth without worrying about tracking individual stocks. We also offer portfolio protection to protect your profits and reduce your losses, no matter what industry you invest in.