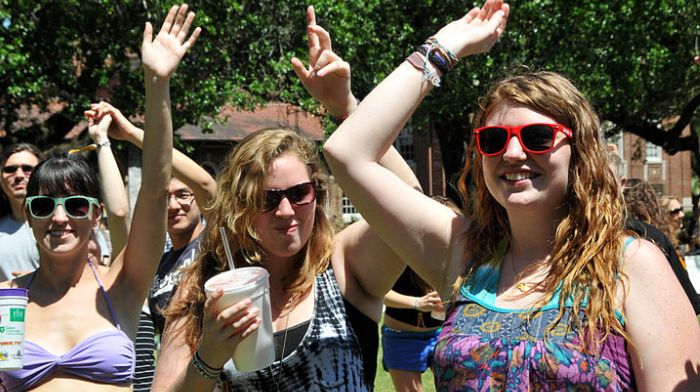 By Ross Pomeroy for RealClearWire

Strokes usually strike the old. The average age for the devastating condition – in which blood flow to part of the brain is blocked or when a blood vessel in the brain bursts – is about 71.4 years in men and 76.9 years in women. However, millennials are starting to lower those averages.

Now, ranging in age from 27 to 42, millennials are more likely to have strokes than their ancestors at the same age, reversing a 40-year decline in stroke deaths. Between 2003 and 2012, there was a 32% spike in strokes in 18- to 34-year-old women and a 15% increase in men in the same age range, according to CDC researchers.

When Scientific American Analyzing the data further, they found that the increase was mainly in the West and Midwest, where stroke rates among young people rose 70% and 34%, respectively, with particularly sharp increases in urban areas. Now about one in ten people who have a stroke in the US are under the age of 45.

There are many possible explanations for this disturbing trend. Rising stress, declining physical activity and fewer doctor visits among millennials may all play a role. However, one story comes to the fore.

As cigarette use in the US fell from an alarmingly high level of about 45% in the 1950s to just 12.5% ​​in 2020, all Americans collectively reaped the benefits of less smoking in public places, which was reflected in lower rates of lung cancer, heart disease, and stroke.

But since the 1970s, the public health benefits of reduced smoking have been eroded by rising obesity rates and associated health complications.

Childhood obesity is particularly damaging with regard to early strokes, and millennials were the first generation to be truly affected by this alarming trend. Childhood obesity rates have more than tripled from 5% in 1978 to 18.5% in 2016, leaving many more children with related conditions such as diabetes and hypertension, which can lead to stroke.

ALSO READ  George Santos' first House race took days to call in 2020. So he came to DC to orient new members and had a blast before discovering he had lost.

ALSO READ  'Are Americans Being Poisoned?': Diamond's Memorial goes off the rails

More strokes aren’t the only health problem millennials face. Rates of many cancers, especially those related to poor nutrition, are rising for people under 50.

The best solution to reversing the rise in early stroke rates is for millennials and future generations to eat well and exercise, especially from a young age. Schools and parents play a crucial role in this. The grip of obesity can be hard to break if it hits at a young age, but if a healthy lifestyle is instilled early, it’s likely it will remain second nature.

This article was originally published on Big Think.

Trump would have been impeached for the same failed spy balloon,...