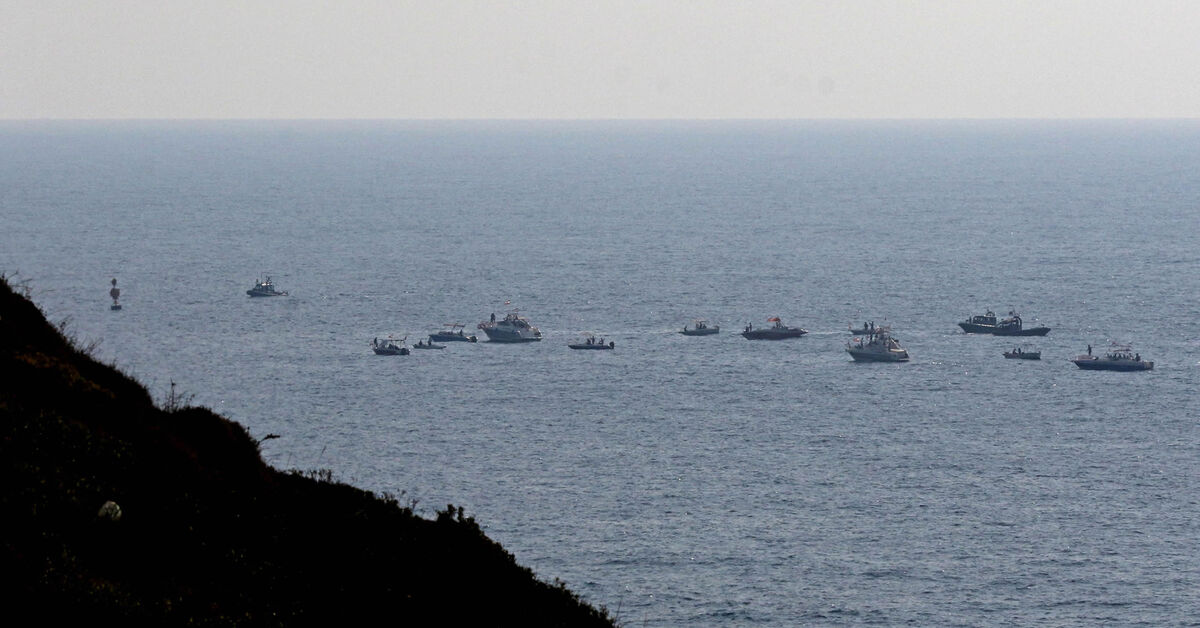 Security and political sources told the Israeli press on Sept. 8 that extraction of natural gas from the submarine Karish gas field would not start this month, but rather in mid-October. The reason for the delay is not clear at this time. Energy Minister Karin Elharar said on September 8 that the possible delay was due to the complexity of the installation work. While the reason for the delay appears to be technical, it nonetheless eases to some extent the tensions that have arisen in recent weeks following Hezbollah Secretary General Hassan Nasrallah’s threats against Israeli drilling.

Nasrallah’s latest public threat came on August 9, when the Hezbollah leader warned that the group would not stand idly by if Israel continued to use the natural gas it had discovered near its maritime border with Lebanon.

Israel does not take these threats lightly. Yet Israel’s view of the leader of Hezbollah, after so many years with Nasrallah as a rival, is clear and pragmatic.

“If there is one leader for whose health and longevity we should pray three times a day, it is Nasrallah,” a leading Israeli intelligence source told Al-Monitor earlier this year when discussing Israel’s assessment of Hezbollah’s attack. leader who is now 30 years old. to power.

The comments reflected the strange coexistence and even stranger balance of deterrence that Israel and the Iran-backed Lebanese Shia group have maintained since the Second Lebanon War of 2006. They are somewhat reminiscent of Israel’s relationship with the late Syrian president. Hafez al-Assad, who engaged it in two bitter wars, in 1967 and 1973, but then remained calm along his country’s border with Israel in the Golan Heights until his death in 2000.

“He [Nasrallah] is calculated, credible, plays by the rules, keeps his promises – and at the same time he is deterred,” the Israeli intelligence source said at the time. “He knows us very well and we know him. He is much more pragmatic than his bellicose rhetoric suggests. Overall, this is a man with whom we can do business and achieve a balance that translates into stability for both sides.”

That assessment was prompted by Israel’s initiation of natural gas production from the Karish natural gas reservoir in the eastern Mediterranean, which Lebanon claims is its property, and the discovery of at least one other major natural gas source, the Sidon reservoir (aka. as Qana), which borders Israel’s territorial economic waters.

Realizing the huge benefits of a natural gas bonanza to its failed economy, Lebanon has spent the past two years holding US-brokered talks with Israel to resolve the maritime border dispute, which appears to have made some progress lately.

An updated Israeli intelligence assessment of Nasrallah released last week was somewhat different than described above, albeit not dramatically. “Nasrallah is a tragic figure,” a senior Israeli military official told Al-Monitor on condition of anonymity. “He is lonely and has lost all his top partners and confidants.”

“He still spends most of his time in a bunker, sees no daylight, is overweight and burdened by Lebanon’s mounting problems. Being Nasrallah is not easy these days. We hope he returns to his old self, for his own good, for the good of Lebanon and that of the entire region,” the source said.

Rumors of Nasrallah’s ill health have haunted him for the past year. The hopes for his well-being, expressed by the Israeli source, come amid mounting tensions between the parties as they enter a decisive phase of their maritime border negotiations.

Nasrallah has been portrayed as the ‘enfant terrible’, intending to rain on the hoped-for parade of the Lebanese people. Israel, on the other hand, is the responsible adult trying to contain Nasrallah’s threats along with the drones he launched three months ago toward Israel’s Karish gas drilling rig.

Recently, conflicting assessments have emerged in Israel about Nasrallah’s intentions.

Some have argued that the Hezbollah leader would not hesitate to engage Israel in a limited confrontation for several days to bolster his self-proclaimed image as the “defender of Lebanon” and to take credit for the gas riches if and when they are used. produced .

Israel’s northern command disagrees. “Nasrallah,” said a senior commander, who spoke to Al-Monitor on condition of anonymity, “does not want war. He was at war with us and knows its meaning. Even his Iranian escorts will probably not be satisfied with such a flare up….This Shia vanguard against Israel was not established to compete for natural gas, but to create a strategic threat to Israel in case it decides to attack Iran Nasrallah knows, he knows we know too the.”

In addition to Nasrallah’s questionable health and continued isolation, Israel believes he is frustrated by the contrast between the grim condition of its own country and that of its enemy. “He looks to Israel to the south and sees the prosperity, the lights at night, while Lebanon is dark and will soon be cold too [due to its energy crisis]. He’s not kidding himself,” the commander said.

Israeli intelligence is also analyzing developments between Nasrallah’s base, the Shia community in Lebanon and especially in the south. “This isn’t what it used to be,” an Israeli security source told Al-Monitor on condition of anonymity. “The concept of the Shia suicide bomber has disappeared, a process that has already taken place in Israel” [with Palestinian suicide bombers who attacked Israelis].”

The security source attributed this shift to a recognition of “the sanctity and value of human life. They are not willing to commit suicide. They want to live and they want to live well. They see what is happening around them. At the age of [social] networks it’s hard to sell them an imaginary reality.”

The Israel Defense Forces monitor Lebanese media, social media sentiment, and the cohesion and structure of the population that is Hezbollah’s foundation. “There is discontent there,” said one of these observers, speaking on condition of anonymity. “People mock Nasrallah and write things like, ‘We want to be like some of those you defeated’, warning him that ‘those who live in a glass palace should not throw stones at the neighbors’.”

Journalists, the observer said, are also increasingly outspoken against Hezbollah, calling it a mafia-style terrorist organization. “Nasrallah is aware of this. On the one hand, Hezbollah cannot contain formal negotiations between the Lebanese government, of which it is a part, and Israel. On the other hand, it cannot be the one to torpedo an agreement that could set in motion a process that would save Lebanon from some of its economic problems. He faces an unbearable dilemma,” the monitor noted.