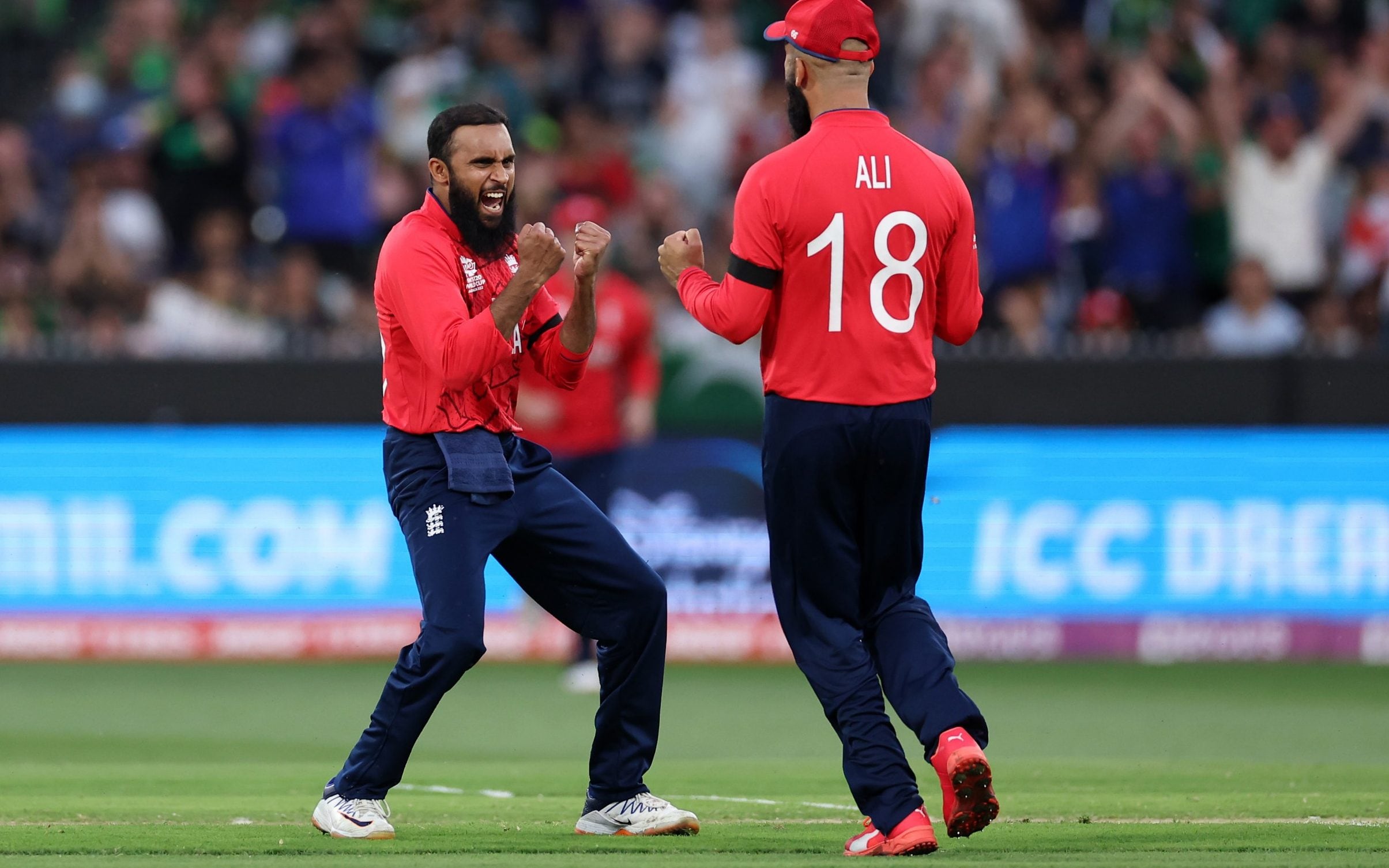 The T20’s international format may be less than 20 years old, but it’s still a record Rashid holds as England’s best wicket-taking spinner by many a street. Off-spinner Graeme Swann played an equally important part in winning England’s 2010 T20 World Cup, but finger spin now rarely works in this format – just ask Iftikhar Ahmed, whose five balls were looted by Stokes when the final was still on. was balanced – and sleight of hand is required, so batsmen cannot predetermine.

Rashid is so far ahead of his fellow craftsmen: of England’s wrist spinners in T20 internationals, Chris Schofield took four wickets, Joe Denly seven wickets, while Liam Livingstone took 15 with his peculiar mix of legpin and offspin. Rashid has taken 93 wickets, and the average that matters is one wicket per 20 balls: that means one wicket for his captain in each four-over spell, and if there’s no extra pace from Wood, it’s taking wicket even more essential after the power play.

Under Buttler, Rashid has become a senior player in the field

Rashid had only taken two wickets before the final, but at 34 years old he was still growing throughout this tournament as his fieldwork has become amazingly sharp. Under Morgan, Rashid was just a specialized spinner, allowed to graze with a fine leg or 45′ if not needed. Under Buttler, he has become a senior player in the field, putting himself on the map, even filling in on extra cover where Morgan used to rule, taking one catch over his shoulder. A detail like this improvement in Rashid’s fieldwork would make a vital difference.

England had just about gotten away with their regular bowling in the power play. Ben Stokes started with a no-ball and a walk; Chris Woakes wandered down when England needed a conventional line and length to take advantage of the favorable conditions; Sam Curran is more of a container than an attacker, and he needed Rashid to break open Pakistan’s innings to mop up and get the best numbers.

In Rashid’s first over, the eighth of Pakistan’s innings, he sent the first ball from young dasher Mohammad Haris: He couldn’t resist Rashid’s flight and slog a flyout to long-on. Smaller grounds cramped the wrist spinners’ style, forcing Rashid to push the ball through and throw too many googlies, but the Melbourne Cricket Ground allowed him to slow to 79 kph – his lowest speed of this tournament – and batsmen to to provoke their downfall. An age-old form of bowling didn’t die out due to the 20-over format, as so many feared, but flourished.

In Rashid’s second off Babar Azam and Shan, Masood worked him for ones and twos, giving up nine runs, including a walk to the lefthander. It must have felt strange for Rashid to bowl against his Yorkshire captain Masood next season.

The third left from Rashid, the 12th of the Pakistani innings, was the hit. His first ball, a googly, contorted Azam who shoved him low to Rashid’s right. That work on his fielding, which he did during the UK tour in Pakistan in October, paid off in full when he dove.

In the last five balls of his third over Rashid, Iftikhar confused as if he had been a clubbie in England. Rashid tore three fractures in succession to leave Iftikhar groped and miss the last two, then two googlies that just gave him an inside edge. Pakistan stayed at 84 for three, and stood for a whole over.

ALSO READ  When is the Tyson Fury vs Derek Chisora ​​fight? Date, time and how to get tickets

Rashid only gave up one line, in his fourth over when Shadab reached and punched him straight, but that was it. Only one drag-down, also in his fourth over, and it cost only one basehit. Rashid scored with the best leg fracture for his last ball, which ripped past Shadab, as if it had been a glove thrown by Rashid to his opponent.

Too many English players for comfort faltered under the pressure of the big occasion: Harry Brook was furious, Alex Hales’ technique was exposed, Woakes was out of whack, Phil Salt hadn’t faced a ball the entire tournament and even the cool Curran made a missfield that cost two runs before bouncing back. It was Rashid holding the line.