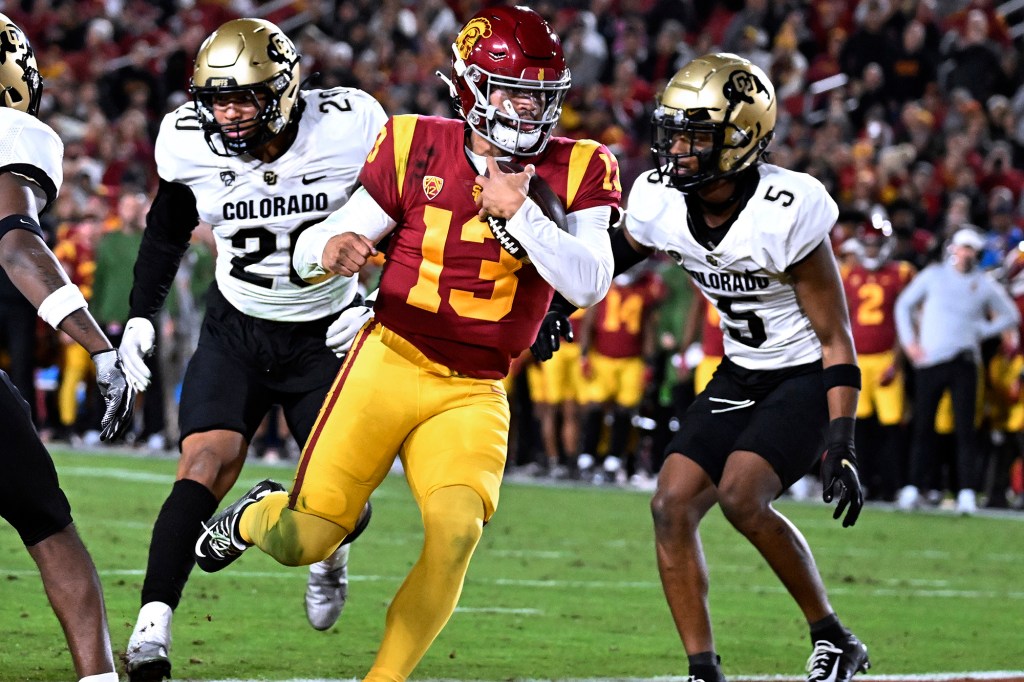 There are still two full weeks to go in the regular season and only a handful of important games to go. Two spots feel like locks to the College Football Playoff: Georgia and the Ohio State-Michigan winner. Most conference and division titles have been decided.

Not much is left in the air – except for the most prestigious award in college athletics. This feels like rare territory. Usually there is now a heavy favorite for the Heisman Trophy or at least a clear one. But that is not the case at the moment. Not even close.

Part of the problem is that Georgia is the best team, and Bennett is not the best Bulldogs player. They are balanced and deep, and not too dependent on their quarterback. My favorite for much of the year was the defending Heisman Trophy winner Young, and while he is having a strong season, Alabama was nearly knocked out of the playoff last weekend, and voters have historically resisted voting for a repeat winner.

It leaves you with some stars that have put in some fantastic numbers, but there’s little to set them apart. Hooker’s poor performance against Georgia is hard to forget. Corum and Michigan really didn’t beat anyone. The same can be said for Stroud and Ohio State.

Right now I would vote for Williams. He has USC in the playoff mix as the only team with one loss in the Pac-12. His numbers (31 touchdowns, two interceptions, 63.7 percentage of completion) are fantastic, but they are more than just numbers. The Oklahoma transfer excelled in his freshman year at a new school with new teammates and zero margin for error thanks to a pedestrian-at-best defense. Now this must go on. He has to get USC to a league title.

A lot can still change. The winner could very well be determined by The Game within two weeks, if Corum or Stroud perform phenomenally and carry their team to victory. There are also conference title games that will no doubt feature some of the contenders.

Much remains to be determined in what promises to be an intense race to the finish to determine this year’s Heisman Trophy winner. It certainly feels more wide open than the playoff.

It wasn’t just the 10 consecutive losing seasons for UConn that preceded this or the calls for the now independent program to move up to the FCS level. It was the level of losses, a 10-50 record for the past five seasons, nine defeats last year by at least double digits. That’s what made this year, and Jim Mora’s work, so impressive. The Huskies qualified for bowl on Saturday by knocking out Liberty, beating Boston College, UMass and Fresno State. It can get up to eight wins by knocking out the army and winning a bowl game. That would equal their most wins since 2010.

ALSO READ  There may still be hope for Sydney's nightlife

The first is UCLA, then the upgraded Notre Dame and possibly Oregon in the Pac-12 title game. USC will have earned it if the Trojans break through for their conference to reach the playoff. Oregon and UCLA’s losses on Saturday night may have opened the door for USC, if it can win.

That’s a very difficult proposition, unless the Trojans’ defense can suddenly flip a switch. But a one-defeat Pac-12 champion with USC’s star power should definitely be considered, especially since the contenders after Michigan-Ohio state winner Georgia and the undefeated TCU don’t have overly impressive resumes.