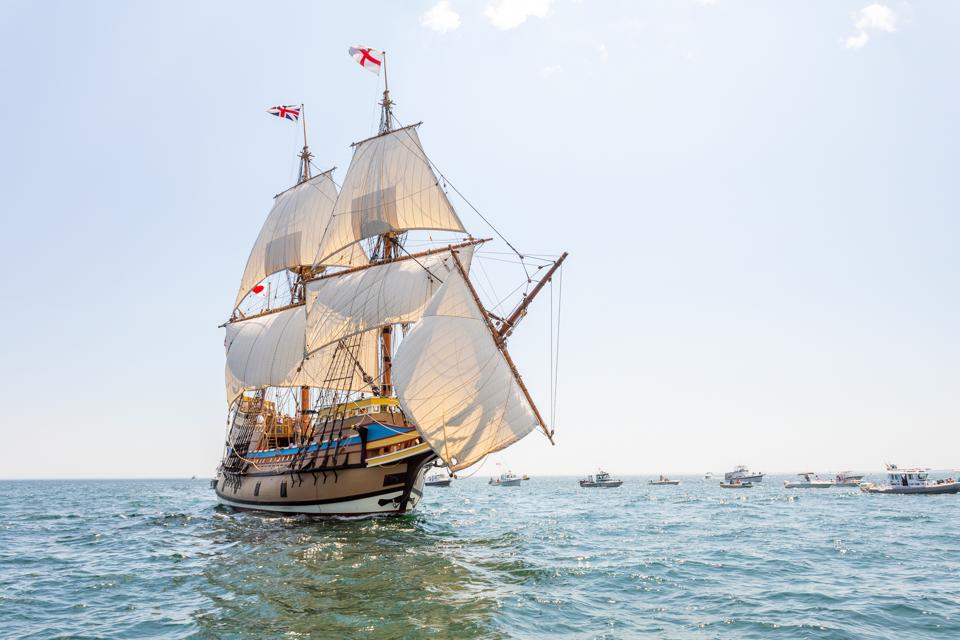 Did you know the Thanksgiving birthplace turned 400 this year? Fortunately, one thing COVID-19 couldn’t take away from us is the holidays. While they may look a little different this time around – they now feature smaller gatherings and face masks – we can still find the joy of those special days on the calendar. With Halloween fast approaching, it’s time to start thinking about the next big party, Thanksgiving. Since this year may not be a big family turkey dinner, you should bring the kids to the holiday birthplace all together.

What is “Plimoth Patuxet”?

Formerly known as “Plimoth Plantation,” the museum commemorating the founding of the Plimoth Settlement, this year renamed itself “Plimoth Patuxet” in honor of the area’s Native American Wampanoag name. Plimoth Patuxet is a ‘living museum’ with a large exterior imprint comprising: a Wampanoag Homesite, a 17th century style English village and nearby there is a full size and functional reproduction of the Pilgrim’s boat in which they crossed the Atlantic , called Mayflower II.

The 400e anniversary of the landing of the Puritan Pilgrims in what is now Plymouth, Massachusetts, took place this year and the Plimoth team had long planned to unveil their new name and branding in conjunction with a grand celebration, which was obviously not able to arrive this year. However, the team released a statement saying, “This museum seeks to represent all peoples, indigenous and European … in 1620, the Mayflower arrived in a land virtually unknown to its now famous passengers, who, seeking a better life for themselves, thought they were entering an almost empty desert. In fact, they encountered a complex and interconnected network of indigenous communities. The Wampanoag welcomed these emigrants, formed alliances with them, and showed them how to survive in a land that was new to them.

Plimoth Patuxet offers an interactive experience for guests of all ages and, thanks to its predominantly exterior layout, is a socially distant and responsible day trip for those in the North East. There are costumed actors in the 17e Century English Village who is eager to tell guests about their life as ‘pilgrims’ in the ‘New World’, their experience crossing England and how they are now trying to make a life for themselves.

And in the Wampanoag Homesite, kids and adults alike can learn how a 17th-century Wampanoag community would have lived. In this part of the museum, all the staff are either from Wampanoag or from another Indigenous heritage – and are passionate about sharing their culture with visitors. Visitors are encouraged to discuss life in the 1620s with all on-site staff. And just a short drive away, the recently restored Mayflower II is also open to visitors. Located in Plymouth Harbor, guests can step inside the ship to see what types of accommodations the Pilgrims had as they sailed from England in search of religious freedom in the “New World”.

Plimoth Patuxet is about an hour south of Boston and is most easily accessible by car. There is ample parking available on site and it is located minutes from modern Plymouth city center where there are plenty of restaurants, cafes and other modern amenities. Also, be sure to walk the historic streets for views of the harbor and classic New England charm.

40 Healthy Snacks And Sips For The Holiday Season

To paint the modern world, the Daredevil JMW Turner was ready to do anything – or was he?

The Bharat Express News - November 25, 2020 0
Kylie Jenner shows off her butt as she models an orange bikini...