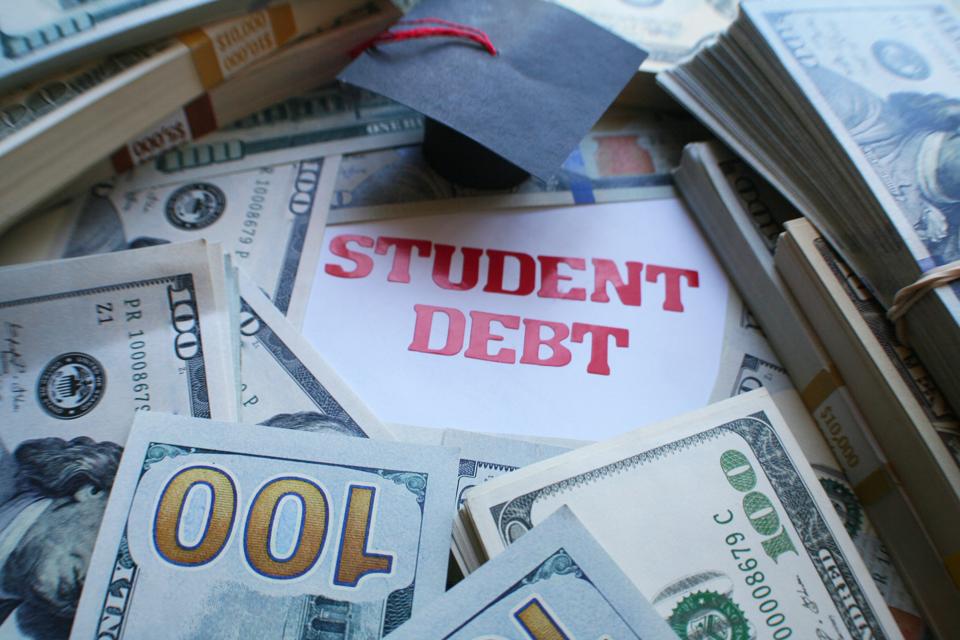 There is a lot of talk about student debt cancellation right now. In addition to settling the $ 1.5 trillion outstanding student debt balance, one of the reasons some advocate it is to stimulate the economy.

But besides the merits of the policy itself, there is debate about the effectiveness of the policy as a stimulus. Some wonder how much of a stimulus that would be, while others argue that there are better ways to stimulate the economy.

Student debt cancellation proposals vary widely. President-elect Joe Biden has backed Senator Elizabeth Warren’s proposal to provide $ 10,000 debt forgiveness as part of coronavirus relief. Warren herself also offered to write off up to $ 50,000 per borrower. In his presidential campaign, Senator Bernie Sanders called for the erasure of all student debt.

Each of these plans would provide varying degrees of relief and naturally different economic impacts. If Senator Sanders were successful, the entire $ 1.5 trillion in student debt would disappear. An injection of $ 1.5 trillion into the economy would surely boost the economy, but that’s not exactly how student debt cancellation would work – at least in the short term.

Borrowers make monthly payments under repayment plans that range from 10 to 30 years. According to the Federal Reserve, the median monthly student loan payment is $ 222, although this differs depending on the amount borrowed and the repayment plan. Of course, freeing up borrowers’ monthly payments would allow them to spend that money differently, but it’s not the same as giving families cash equal to their loan balance. Still, $ 222 is no small amount of money, especially for student borrowers who might be struggling.

If a lesser amount of student debt was written off, it would change the impact on payments. A $ 10,000 write-off would likely only reduce the payment for most borrowers. For a borrower with $ 30,000 in student debt – roughly that of the median bachelor’s degree graduate – the Urban Institute estimates that those with a standard 10-year repayment plan would see their payment reduced from $ 300 to $ 200.

However, according to data from the Ministry of Education, this would wipe out the total balance by a third of borrowers. A $ 50,000 write-off would write off the entire balance for more than three-quarters of borrowers.

Yet, since the cancellation is not the same as putting an equivalent amount of money in the pockets of Americans, the short-term stimulus looks different. The Committee for a Responsible Federal Budget estimates that eliminating $ 1.5 trillion in student debt “would translate to $ 90 billion or less in available cash in 2021 and $ 450 billion or less over 5 years.” Smaller cancellation amounts would have less economic impact.

One argument against canceling student debt as a stimulus, not as good or bad a policy, is that price could provide a different and better stimulus that would have a bigger impact now. For example, the $ 10,000 proposal would cost more than offering another round of direct stimulus payments that more Americans, not just student borrowers, could spend today.

In addition, some argue that, compared to a payment suspension as is currently happening, the stimulus effect is weak. The suspension has already allowed borrowers to use this freed up money for other purposes. However, others argue that the effect would be more pronounced. If borrowers had their balance or part of it written off, it would change their behavior further. If they weren’t required to repay all or part of their debt, they might be more willing to make larger purchases – like buying a car or a house – where the payments are also carried out over a longer period.

Clearly, there is certainly no consensus on whether canceling student debt is the best way to stimulate the economy. However, President-elect Joe Biden is already facing pressure to act on student debt cancellation. More than 200 organizations recently wrote a letter to Biden asking him to use management action to write off student debt, although there are pending legal questions about his ability to do so.

Will the Biden administration give students $ 10,000 in loan relief?

Education matters, but staying safe this Christmas matters even more