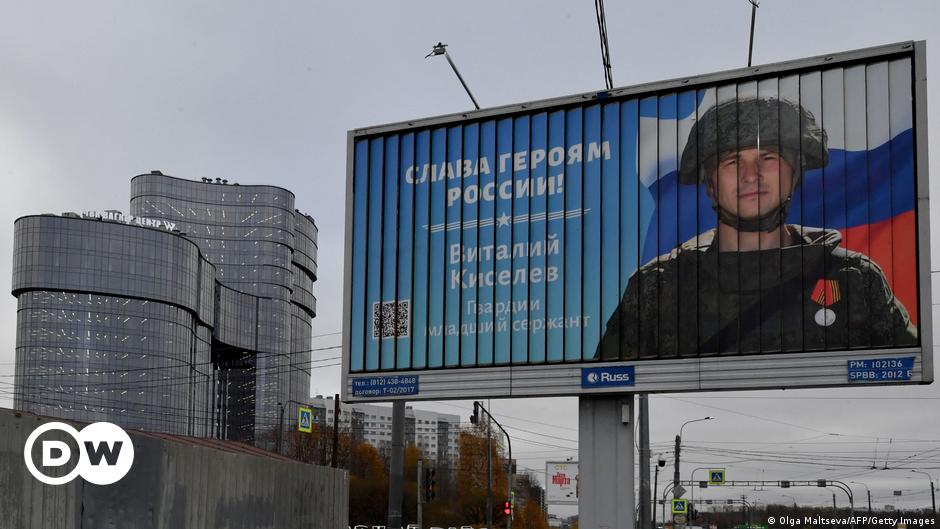 In his traditional evening speech, Ukrainian President Volodymyr Zelenskyy said Moscow plans to mobilize more troops for a major offensive. Shortly before New Year’s Eve, Ukrainian Defense Minister Oleksiy Reznikov had warned the Russians that the Kremlin was preparing another conscription, planning to impose martial law and close the border to Russian men to prevent them from leaving.

The partial mobilization of Russia, launched on September 21, 2022, has not yet been officially completed. This will only be the case if Russian President Vladimir Putin drafts a decree to that effect, which he has not done so far.

“We see that there is no decree to end the mobilization campaign,” said Sergei Krivenko, head of Russia’s Citizens, Army, Rights group, a human rights organization. “The first wave of drafts took place in October; this was not a partial mobilization.” He also says “there are reports that some people in regions of Russia are still being called up, perhaps the Ministry of Defense is trying to recruit specialists – at least the mobilization is not over yet.” Russian authorities have labeled his organization as a “foreign agent.”

Krivenko draws attention to the August 2022 Russian decree to increase the number of Russian soldiers to 1.15 million. “Many experts had counted Russia’s armed forces at about 800,000 — including conscripts, professional soldiers, officers and those who fought in Ukraine,” he says. “The mobilization in the fall increased this number by 300,000.”

However, in December 2022, Russian Defense Minister Sergei Shoigu announced that the armed forces would be expanded to 1.5 million soldiers, says Krivenko. This would mean an expansion of the armed forces by 400,000. “This is in preparation for a mobilization. I think we can expect a second wave at the end of January or February.”

Half of those newly mobilized soldiers were sent to the front, the others to training camps. “They underwent months of training,” says Krivenko. “If the offensive that Putin and his defense minister talked about starts, these soldiers will be sent straight into battle. They will need reinforcements soon, so a second wave of mobilization should start now so that the conscripts can be trained for several months.”

All options on the table

In early December, Moscow military expert la Matveyev argued similarly, saying, “First, there are no clear signs that the state has stopped mobilization; it is keeping all options on the table.” Adding that “secondly, there is a practical reason for this: Russian soldiers die in great numbers, or are wounded at the front, this is especially true for conscripts because they are poorly trained, so they have to be replaced.”

Finally, he thinks that Putin has no intention of ending the war, saying that “he will continue, if nothing stops him, and he will need reserves for that, a big war like this needs a constant influx of resources and people necessary.”

Half a million more Russian soldiers

“There will be a second, maybe even a third wave of mobilization, because we will be forced to do this,” Igor Girkin, the former “defense minister” of the self-proclaimed Donetsk People’s Republic, said in late December. “To win in Ukraine, we will have to deploy at least half a million soldiers. Even without this determination to win, we will need partial mobilizations.” Russian political analyst Stanislav Belkovsky had shared a video of Girkin making these claims on his Telegram channel. According to Girkin, a second wave of mobilization will follow in January or on February 24, the one-year anniversary of the war.

Russian officials, meanwhile, say no such plans exist. “I don’t see a need for a second mobilization phase in the next six months,” Andrey Gurulyov, a member of the Duma defense committee, told chita.ru online outlet. He added that “there are no requirements and conditions for it, even those who were previously called up have not all been sent to fight, and our industry must be able to accommodate a second mobilization, and in my opinion it will be inefficient to do this in the next six months.”

This article was originally written in Russian.