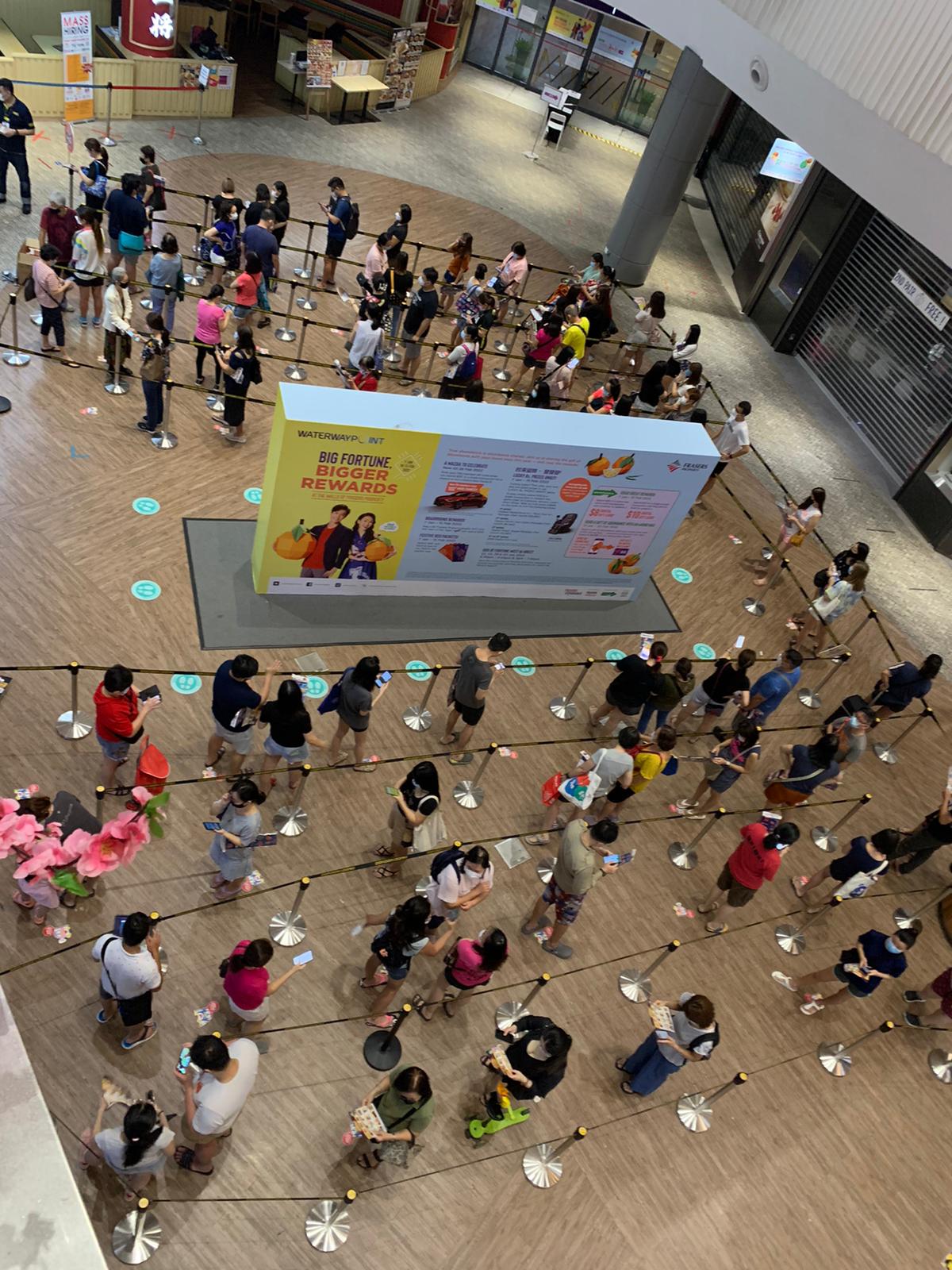 Something about Don Don Donki attracts Singaporeans like pigeons to hawker centers.

Last opening January 14 at 10 a.m. at Waterway Point, the outlet saw a winding queue of at least 50 people from early morning.

This is despite the fact that it is already the Japanese store’s 12th outlet.

With social distancing measures in place, most of the mall’s Basement 1 was occupied by waiting shoppers.

A Donki spokesperson said Mothership that the first person had arrived “around 5 a.m. – 6 a.m.”, four to five hours before the official opening time.

In the meantime, most were either on the phone or reviewing a brochure.

The stores weren’t open yet.

The queue continues in the afternoon

When we visited around 12:30 there was still a queue.

To avoid human congestion in the other showcases, the waiting area was confined to the atrium.

If you weren’t in the queue:

Congratulations! You have reached the end of the article (whether by fast scrolling or otherwise). This alone qualifies you to apply for the Lifestyle & Entertainment Writer role at Mothership. Click here to find out more.