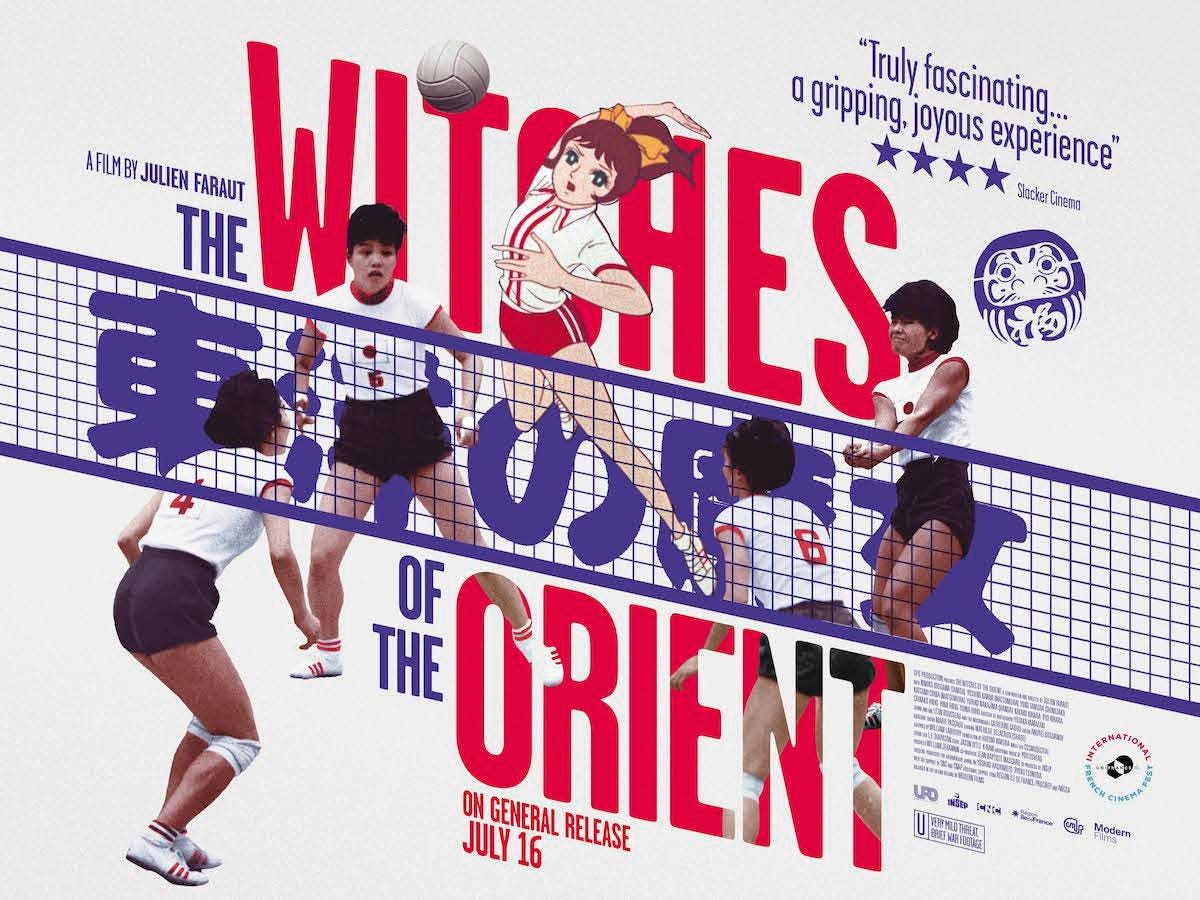 Witches of the East, nickname of the legendary Japanese women’s volleyball team at the 1964 Tokyo Olympics because of their seemingly supernatural powers, is now a gripping film that traces the incredible history of former athletes. It can also be seen as a political commentary on the resurgence of Japan after WWII and the rivalry with the USSR (after all, it was the Russians who gave the women’s team their nickname). Released in time for the Tokyo 2021 Olympics, this documentary by filmmaker Julien Faraut (director of the film John McEnroe In the realm of perfection) tells the story of the team which, with 258 consecutive wins (still a record today), inspired legions of fans and a whole cult genre of manga and anime shows and left a sporting legacy and unique culture.

The film follows the formation of the unstoppable all-female team in the late 1950s as a team of workers in a textile factory in post-war Osaka, who, along with their demanding trainer Hirobumi Daimatsu, s ‘trained overnight, becoming world champions in 1962, before their sensational triumph at the 1964 Olympic Games in Tokyo. Witches of the East features striking 16mm color reels of the team in training, as well as previously unseen archival footage produced by the Japanese Olympic Committee in 1964, as well as a montage of vintage manga and television material, as well as contemporary interviews with four of the players who are now in their seventies.

One of the most captivating moments in the film is a sequence showing a grueling practice technique where players are repeatedly led from side to side of the court to hit a ball, turn around, come back and repeat. Equally fascinating is when four of the original players gather around the dinner table to reflect on their collective accomplishments and their lives, as well as the pros and cons of their “demonic trainer”. One player said “we thought we had to leave the country if we lost … We were seriously talking about going to Romania.” Facts and fables go hand in hand and the strength, tenacity, ambition and immense modesty of these women are celebrated once again.

Archival footage and the vintage animated film are backed up by an evocative score, mixing the sonic loops and repetitive rhythms of textile machines and athletic training with the poignant voice of Beth Gibbons (Portishead) in key sequences and uplifting original tracks composed by American musician Jason Lytle, best known for his work as the lead singer-songwriter of acclaimed indie rock band Grandaddy.

Says director Julien Faraut: “The [original 16mm reels] are striking and aroused great curiosity in me. They also looked strangely familiar. The rapprochement was not long in coming, these images resembled a Japanese cartoon, the famous cult “manga” of Jeanne and Serge from a whole generation. I thus discovered that behind all the manga and anime of volleyball there is a long line which goes back precisely to the ‘Witches of the East’, the nickname given by the Soviet press to this Japanese team with extraordinary powers which donned a chain of unchallenged victories. “

Witches of the East is screened in theaters nationwide and is available to watch through Modern Movies ” Virtual cinema partners.

No vax, no service: here’s where bars and restaurants across the United States require proof of vaccination

On the Washington coast, Seabrook aims to be the perfect beach town