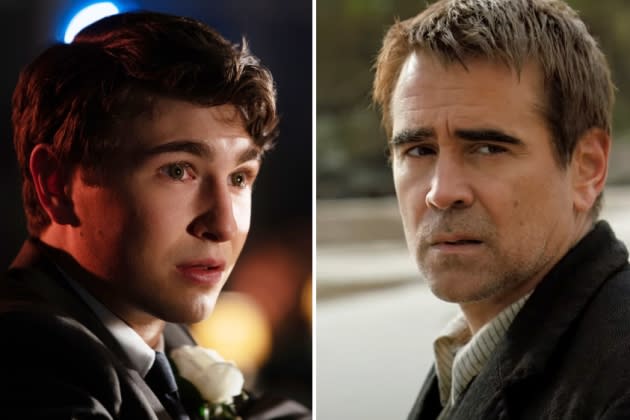 Cue the #movieTwitter discussion that the Globes don’t matter – or is it?

On a redemption tour that has left the HFPA more vulnerable than ever, the Golden Globes returned to NBC with Jerrod Carmichael’s refreshing spin on awards ceremonies, cracking racy Scientology jokes and telling Steven Spielberg that he watched “The Fabelmans” with Kanye . West, and it “changed everything.”

Despite Carmichael, the production was not revolutionary enough to indicate that a format with declining ratings is about to make a comeback. The production team and host of the 95th Oscars, Jimmy Kimmel, will have to keep trying to crack that code.

So what have we learned about this year’s Oscars landscape?

As for the winners, the night provided a platform for presumptive Academy Awards frontrunners to make their case before the voters in the room (that is, their fellow celebrities, not the HFPA members) and before a television audience, especially with the Oscar voting starting on Thursday.

The top two film categories for Best Motion Picture Drama and Comedy/Musical went to Universal Pictures’ “The Fabelmans” and Searchlight’s “The Banshees of Inisherin”. With the former, it was just what the doctor ordered, as “Fabelmans” seemed to stumble over the past week after a disappointing BAFTA longlist show (which Spielberg omitted) and missed key guild mentions, including from the American Society of Cinematographers . Nevertheless, at the Globes, Spielberg added his third statuette for directing, and is now tied with Clint Eastwood, Milos Forman, Martin Scorsese and Oliver Stone as the second most awarded director in Globe history. The presumed front-runner since its premiere at the Toronto International Film Festival, “The Fabelmans” has bounced back in significant fashion.

In the case of ‘Banshees’, which led with eight nominations, it also led to wins, walking away with best picture (comedy), best screenplay for Martin McDonagh and leading actor for Colin Farrell, his second win in his career after ‘In Bruges” (2008), another feature film by McDonagh. Farrell’s donkey-loving Irishman has led the critics’ awards. Still, his drama counterpart, Austin Butler of “Elvis,” dug his own bet, which could mimic Rami Malek’s winning run for “Bohemian Rhapsody” (2018). But don’t count “The Whale’s” Brendan Fraser, who could bounce back at Sunday’s Critics Choice Awards.

ALSO READ  Pamela Anderson says she hasn't seen a stolen sex tape 'to this day': 'It was very painful'

In the Best Actress role, the Globes confirmed the story of the season: it’s a race on two horses between Cate Blanchett’s lesbian conductor in the psychological drama “Tár” and Michelle Yeoh’s amazing laundromat owner in “Everything Everywhere All”. At Once’.

For Blanchett, a 12-time nominee, her win was her fourth since breaking onto the scene with the historical biopic “Elizabeth” (1998). The premiere of “Tár” in London on Wednesday prevented the Australian star from attending the Globes ceremony, but she’s nevertheless in the mix to become the eighth person to win three acting awards at the Oscars.

But not if Yeoh has anything to say about it.

Yeoh became the second Asian to win lead actress (comedy) after Awkwafina in “The Farewell” (2019), which then failed to garner an Oscar nomination. However, I think it will be different for Yeoh: she would be only the second Asian Oscar nominee since Merle Oberon in “The Dark Angel” (1935).

In the supporting categories, Ke Huy Quan (“Everything Everywhere All at Once”) and Angela Bassett (“Black Panther: Wakanda Forever”) confirmed their front-runner status, and it looks like it could be smooth sailing into Oscar night in March. The two wins for “Everything” were justified, but some expected a sweep (it missed Jamie Lee Curtis for supporting actress, writing and directing for the Daniels, and lost to “Banshees” in the comedy/musical category). This is still a best-picture race, where many pieces must be moved to shout: checkmate.

The night was short of truly shocking events, but Amazon Studios’ “Argentina, 1985” was an overwhelming hit, surpassing Germany’s “All Quiet on the Western Front” and India’s “RRR,” which was not the official entry for the Oscars. is.

Speaking of “RRR,” the dance song “Naatu Naatu” won Best Original Song from the biggest names in music, including Lady Gaga (“Hold My Hand” from “Top Gun: Maverick”), Rihanna (“Lift Me Up” from “Black Panther: Wakanda Forever”) and Taylor Swift (“Carolina” from “Where the Crawdads Sing”). This bodes well for the pricing campaign, which is still gathering steam. “RRR” could be a viable contender for Best Picture and Director for SS Rajamouli.

“Guillermo del Toro’s Pinocchio” made history for Netflix as the first streamer to win in the animation category, and Del Toro himself, who became the first ever Latino to win. Outside of Quan in Best Supporting Actor, the animated film race may be locked in before the nominations are announced.

“Babylon” composer Justin Hurwitz won his third Globe for original score after “La La Land” (2016), for which he won the Oscar, and “First Man” (2018), for which he was disqualified. We’ll see how the music branch receives the former winner.

The truth is, Wednesday’s early morning SAG and DGA announcements will tell a lot more about the Oscar race than the Globes. But nonetheless, chances are we’ve just seen a lot of this year’s Academy Awards winners. “Top Gun: Maverick” may have gone home empty-handed, but it’s far from out of the race.

On the television side of the house, TBEN’s “Abbott Elementary” had a strong night, leading the pack for all series with wins for TV series (comedy) and actors Quinta Brunson and Tyler James Williams.

FX’s freshman comedy “The Bear” brought its star Jeremy Allen White to the stage for lead actor (comedy), likely the start of what will become a viable Emmys campaign.

The same goes for Evan Peters, who walked away with lead (limited series or TV movie) for his turn as serial killer Jeffrey Dahmer in Ryan Murphy’s controversial “Dahmer — Monster: The Jeffrey Dahmer Story” from Netflix.

HBO won two of the three top series categories for the “House of the Dragon” prequel to “Game of Thrones,” the show’s only win (we’ll see if it holds up until the Emmy season), and for the limited series “The White Lotus,” subtitled “Sicily,” which also earned a supporting actress win for Jennifer Coolidge, who probably broke the record for the most bleeps during her raucous acceptance speech — and who knew her character’s ultimate fate from the second season spoiled.

Go to to view the current rankings for each category Variety Oscar’s Hub. Be sure to bookmark the Seasonal Calendar Awards 2022-2023 for all key dates and timelines for the season.