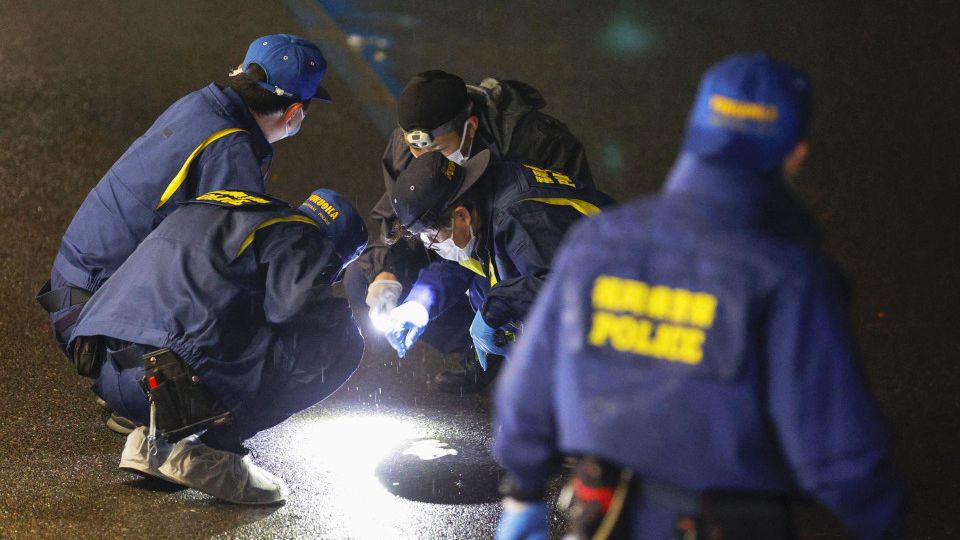 A woman died Monday after being stabbed on a street near a busy train station in the southwestern Japanese city of Fukuoka, police said.

The male suspect, aged between 30 and 50 and wearing a black coat, fled the crime scene near JR Hakata Station, still armed with the knife, police said.

Police are investigating the scene where a woman was stabbed in Fukuoka, southwestern Japan, on January 16, 2023. (TBEN)

Police received an emergency call around 6:15 p.m. that a woman had been stabbed. She was taken to hospital, but was later confirmed dead.

A man who works at a company near the location heard a woman’s screams outside at around 6 p.m. “It’s scary that something like this happened in an office district,” he said.

The site is located about 200 meters west of the station, an inner city where office buildings and hotels are located.