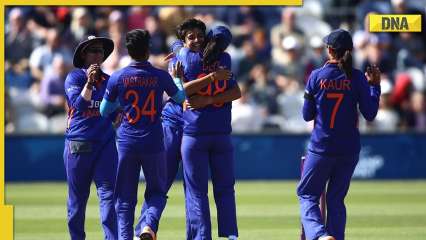 Harmanpreet Kaur’s Indian women’s cricket team is ready to take on six other teams in their battle for the Women’s T20 Asia Cup trophy. The schedule of the tournament was announced on Tuesday, with Asian Cricket Council (ACC) president Jay Shah providing insights about the tournament that could rewrite history.

The Indian women’s team kicks off their campaign against Sri Lanka on October 1 in the tournament opener, and they will go on hook with arch-rival Pakistan on October 7.

During the eighth edition of the Women Asia Cup 2022, seven teams will compete for the coveted cup, the final of which will be played on October 15.

Bangladesh is set to host the tournament and the matches will be played at the Sylhet International Cricket Stadium.

India kicks off their campaign against Sri Lanka, playing the opening game on October 1 at Sylhet International Cricket Stadium Ground 2, the match kicking off at 1:30 PM. India will play a total of six matches in a round-robin format before deciding the semi-finals and hope to make it to the final of the tournament.

They then play against Malaysia (October 3) and the UAE (October 4) on consecutive days before taking on Pakistan.

The Indian eve will take on host country Bangladesh on October 8 and the round-robin match against Thailand minnows on October 10.

Jay Shah stated that the tournament will be the first in which seven teams will participate. He also mentioned the women’s tournament in which the umpires and match referees will also be female officials.

“For the first time in history, 7 women’s teams will compete in a complete round robin format, which we expect will be a great boost for the ACC associate teams. We are also very pleased to see that the tournament is in line will be held with ACC’s vision for women’s cricket,” said ACC President Jay Shah.

“With this vision, the ACC continuously strives to be more inclusive. The 2022 edition of the Women’s Asia Cup will therefore see more female participation. For the first time ever, an ACC tournament will see an all-female presence on the playing field, where the women’s tournament will have only female referees and female match referees. As an organisation, we hope to continue to take steps to strengthen the sport by highlighting female talent in every way,” he added.